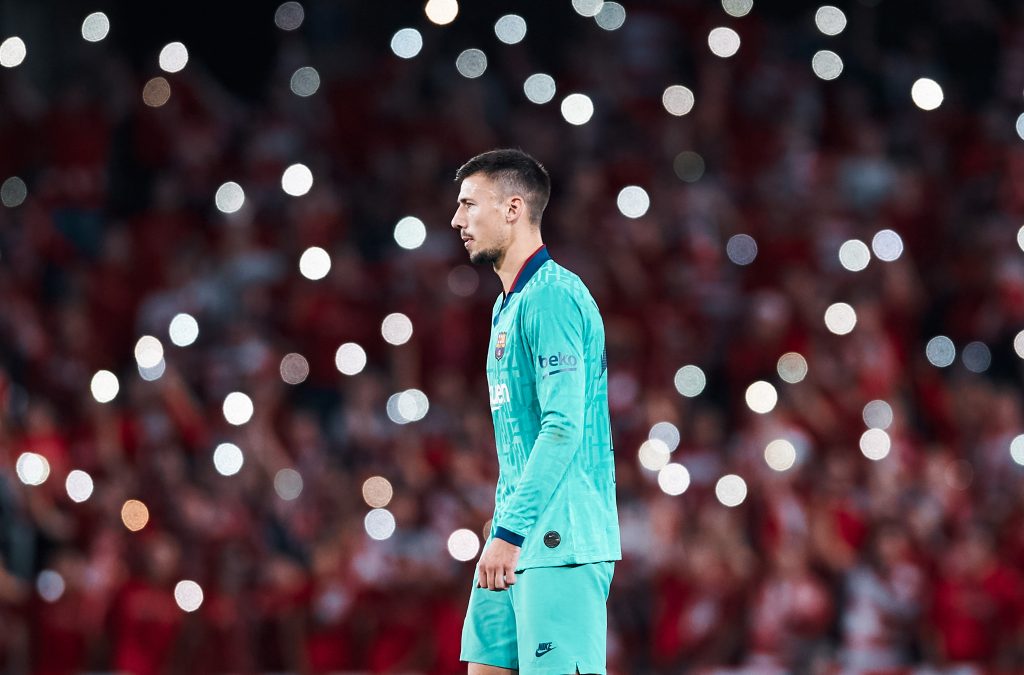 Lenglet has been wonderful in his time at Barça so far, but has perhaps gone under the radar. On his 25th birthday, we take a look at the quiet rise of Clément Lenglet, which deserves more recognition.

FC Barcelona largely owe Clément Lenglet a debt of gratitude for their win over Leganés last night. In what was a rather cagey match, Lenglet’s contributions were vital in securing all three points. Within the first 15 minutes, Leganés burst into the box and Miguel Guerrero had the Barça goal gaping. However, Lenglet made an absolutely heroic block off the line to keep the game scoreless. Had he not intervened, the champions would have been in real trouble. The Frenchman grew into the game even more from there on out. He also completed a staggering 124 passes out of 128. A completion rate of 96.88%, via SofaScore.

After serving a one match suspension against Mallorca, he returned to action after 101 days, and he looked as confident as ever. A very welcome sight as the league leaders travel to Lenglet’s former club Sevilla for a crucial game in a couple of days. His performance had everything Barça fans are finally coming to admire him for. Holding his defensive position impeccably well, moving to track the attackers, intercepting vital passes and offering wonderful support on the ball. Since arriving at the club, Clément Lenglet has never looked back. And as he turns 25 years old, it is time he gets some well deserved recognition.

From Nancy to Sevilla

Clément Lenglet started his senior career with AS Nancy in 2013. In fact, Lenglet’s first brush with top flight football came as late as 2016. When he made his debut in 2013, Nancy were a Ligue 2 side. They would remain in the second division till the 2015-16 season, which is where Lenglet’s stock gradually begins to rise.

In April of 2016, the young defender scored from a corner that secured promotion to Ligue 1 for Nancy. The small French club would return to the first division after a three-year absence and also secure the Ligue 2 title in the process. In their very first season back, teams around Europe started noticing Lenglet. Just halfway through the 16/17 Ligue 1 campaign, Sevilla brought the promising talent to the Ramón Sánchez Pizjuán.

Clément Lenglet immediately got his debut eight days after joining in January 2017. He continued his steady rise and became a key player at Sevilla in the following season. Making 35 league appearances for the Andalusians, he played a vital role in European games as well. He was particularly great in Sevilla’s Champions League win against Manchester United. His wonderful short stint at Sevilla caught Barça’s attention, continuing his rather rapid rise up the ranks.

Barça triggered Lenglet’s release clause of 35.9 million euros in the summer of 2018. When he signed, it looked fairly certain that he would initially just be an understudy to Gerard Piqué and Samuel Umtiti‘s starting duo. Nonetheless, the long term injuries to compatriot Umtiti, meant Lenglet was thrust into a starting role far earlier than expected. The sudden step into the limelight turned out to be a blessing in disguise for both Barça and Clément. And it has more or less justified his massive release clause of 300 million euros.

The calm and quiet, 6’1 / 1.86 metres, left-footed centre-back has made miraculous strides in his development at the club. Since he has joined, he has made 43 league appearances for the blaugranas and 19 Champions League appearances as well. His demeanor on the pitch certainly doesn’t fit the mould of a conventional defender. He is not too vocal and aggressive, instead very composed and dutiful.

His technical ability vastly overshadows the need for physicality. He is a great distributor of the ball, an elite tackler and very astute in his awareness and positioning. All traits, which make him the ideal centerback not just for Barcelona, but for almost any club in the world. And even Barça legend Carles Puyol seems to agree.

❛ A pleasure speaking to you, Clément. My dear Barça’s defence is in good hands. Good luck, now comes the best and the most beautiful and give your all! ❜

Another facet of Lenglet is his consummate professionalism. He is a very classy individual, who keeps away from unnecessary controversy. He behaves like a gentleman off the pitch and lets his football talk for itself on it.

With Barça, he has already won a La Liga trophy and the Supercopa de España. His continued improvement also earned him his first France call-up in May 2019. Since then, he has seven caps for the national team, slowly but surely inching his way up the pecking order.

And not just for France, he is also staking a major claim to an undisputed starting spot at Barcelona. Although Quique Setién has been in two minds recently claiming that Umtiti and Lenglet are “on a similar level”, the latter is regularly showing why he deserves to be in the team. He also stated that he feels “at home” with Barcelona.

❛ You never really know what the future will be like if you are a football player; but I hope that I will play in Barcelona next season, yes ❜

Clément Lenglet
in an interview with French radio Station RMC

His career’s constant upward trajectory can only mean that there is a lot more success in store for Clément Lenglet. The now 25-year-old will very likely be seen as one of the world’s best defenders very soon. Here’s wishing him a happy 25th birthday. One of many personal and professional milestones to come for this amazing talent. And hopefully many of them will come in Barcelona colours.

• Umtiti vs Lenglet: Which centre-back is a better ‘fit’ for Setien?