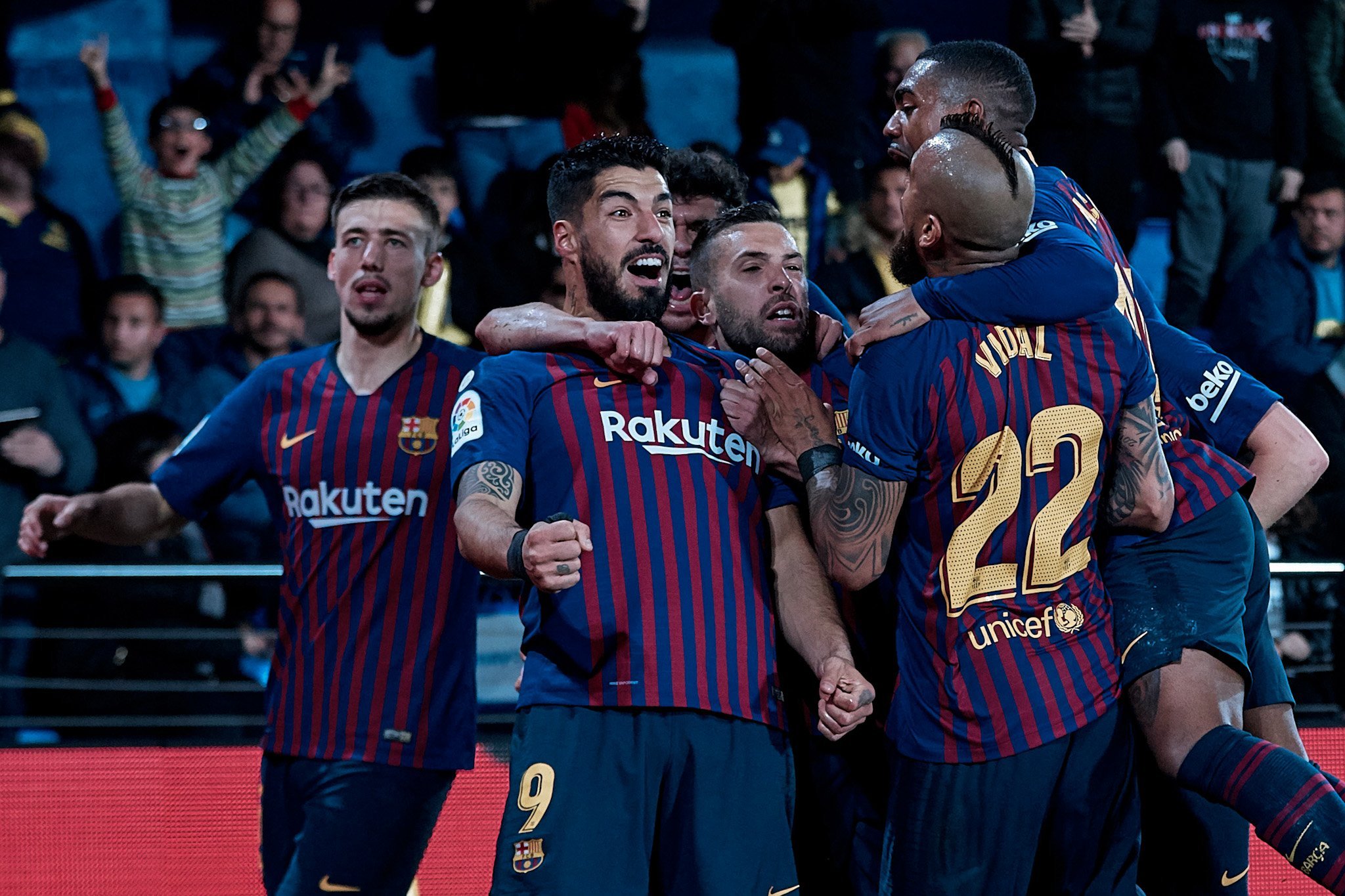 Photo by David Aliaga via Imago

Coming into the 30th matchday of the 2018-19 season, Barcelona were 10 points clear of nearest challengers Atletico and a further two adrift of Clásico rivals Real Madrid. Villarreal meanwhile were going through a rough patch. In 29 league games, they had amassed only 29 points and sat just within a point of the relegation spots.

Come season’s end, Villarreal had won 15 of the 27 available points, finishing in 14th place while Barça, for the 26th time in their history, were crowned best in Spain.

The Blaugrana travelled to the Estadio de la Cerámica knowing that a win would all but confirm their status as league champions for an eighth time in eleven years. Boasting a 6 match winning streak, Barcelona were always favourites coming into this fixture but despite their position on the table, they were facing a tricky outfit in the form of the Yellow Submarine.

Despite not having Lionel Messi in the starting line-up, the Catalan kings found themselves ahead early on. Sergi Roberto lacerated the entire Villarreal backline with a through ball and found Malcom Oliveira free in the right wing. With all the time in the world, Malcom then played a low cross into Philippe Coutinho’s path for an easy tap in. Malcom doubled the lead just four minutes later. Arturo Vidal played an in-swinging cross towards the far post for his South American counterpart to head in.

Barcelona could quite easily have been three up before the half-hour mark. Having drawn out his markers, Luis Suárez played a delicate pass into Coutinho’s path but unfortunately, his goalbound effort could only effort struck the bottom of the post. On the other end of the pitch, Samuel Chukuweze gave his side some much-needed respite. On a counter-attack and with the Catalans’ defence at sixes and sevens, his first shot struck the frame of the goal and on the rebound, he maintained his composure and got his side right back into the game.

Malcom celebrating his goal | Photo by David Aliaga via Imago

Despite being a goal down and second best in almost every way, it didn’t take long for Villarreal to signal their intent for the second period. Just four minutes into the start of the second half, Villarreal got a much deserved equaliser. Given Jordi Alba’s offensive nature the left flank was an area they sought to exploit and Karl Toko Ekambi took full advantage of the extra real estate. In either a display of brilliance or sheer fortune in front of goal, he wrongfooted Marc André ter Stegen and placed the ball in the German’s near post.

Having identified the enormous space Samuel Umtiti had left in defence, Manuel Morlanes played a fantastic through ball into Vincente Iborra’s path and the Spaniard, cool as you like, rolled the ball past a defenseless ter Stegen. In the lead for the first time in the match, all the momentum swung immediately in their favour. Chukuweze would then force ter Stegen into a phenomenal save as his vicious effort was parried onto the crossbar.

This miss mattered little in the grand scheme of things as substitute Carlos Bacca would then put the game seemingly out of reach. The Colombian rounded the goalkeeper and cooly dispatched his shot into the back of the net to take the home side from two goals down into a two goal lead. With everything falling apart and considering how much of a success his cameo performance at the Ramon Sanchez Pizjuan was just a year prior, Valverde called upon Messi to save Barcelona yet again.

Tensions were rising and emotions getting the better of the players. Unfortunately for Villarreal, the very passion that had gotten them into such a commanding lead would lead to their downfall. Following a foul on Luis Suárez, Álvaro González received his second yellow card and was subsequently given his marching orders.

Just three minutes following Gonzalez’ dismissal, Messi turned the game on its head. First, through an unbelievable free kick, his seventh of the domestic season, the Argentine got Barcelona in touching distance of a draw. With doubts rising, Villarreal restored to dirty tactics and time wasting but the error in their way was the creation of the corner. Lionel Messi stepped out, played an out-swinger. With pure striker’s instinct, Suárez struck a sumptuous half-volley on his left foot past a helpless Sergio Asenjo.

Villarreal might have deserved better than the one point they earned but it surely was a game worth looking back on. That concludes this episode of the rewind.