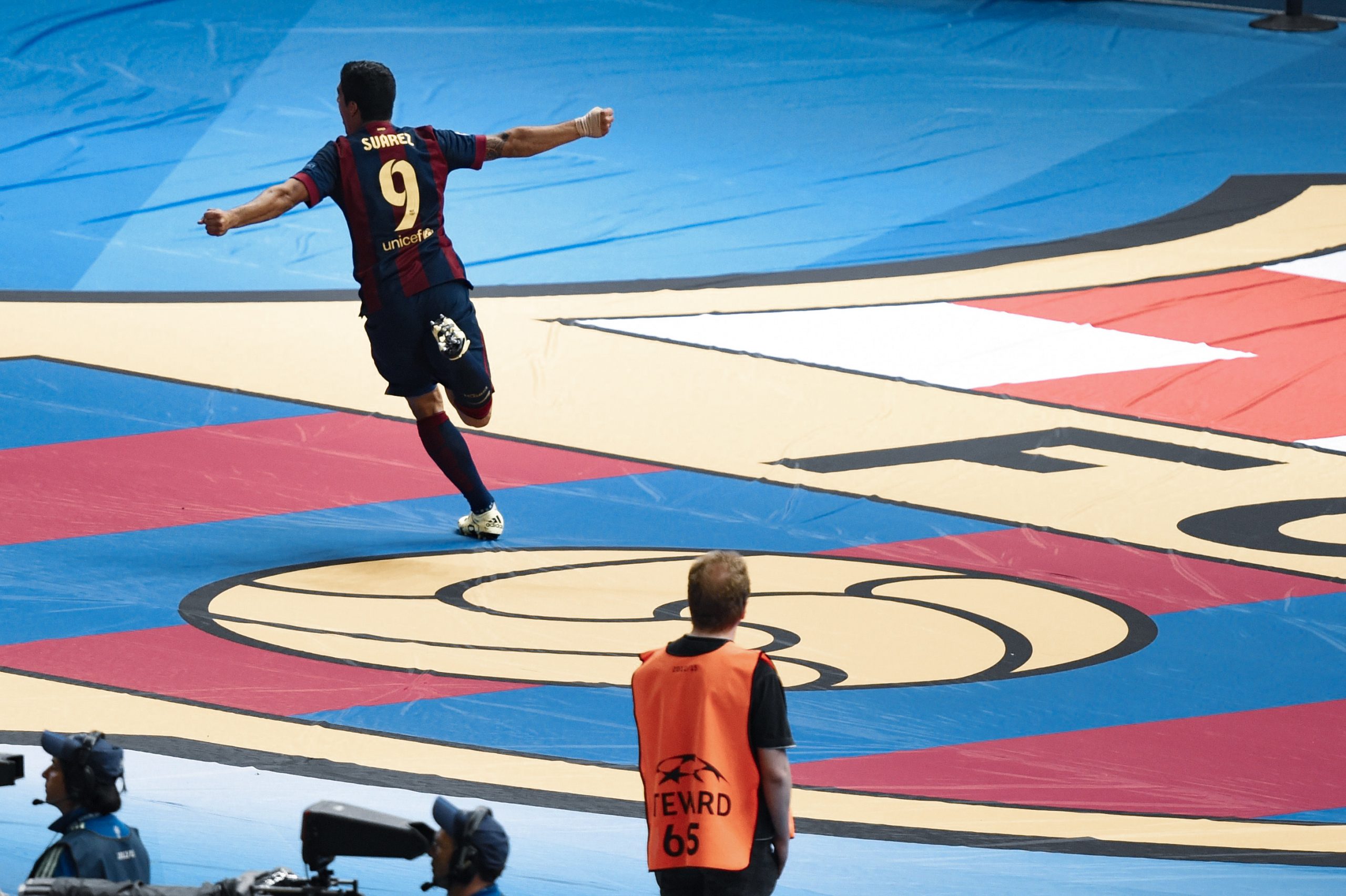 As Barcelona prepare to face Juventus in the final game of the group stage, join us as we reminisce the Catalans’ 3-1 win over their Italian counterparts in the 2015 Champions League final in this episode of the Rewind.

While the 2-0 victory in Turin or perhaps the 3-0 win at home in the Camp Nou might be fresher in the minds of supporters, Barcelona obtained the most memorable result imaginable against Juventus as they beat them 3-1 in the Champions League final in Berlin.

With either side within touching distance of a treble, Luis Enrique’s Barcelona went up against Maximiliano Allegri’s Juventus in the Olympiastadion in June 2015. A picture-perfect match from Andres Iniesta was enough to give Barcelona a taste of European glory that by then seemed to have been lost. Goals from Iniesta himself, Luis Suárez and Neymar Jr were enough to seal the win for the Blaugrana.

The Spanish champions were in the ascendancy just moments after the first whistle was blown. From the halfway line, Lionel Messi opened Juventus up, finding Neymar just outside the penalty area via a long ball. With some fancy footwork, the Brazilian then threaded the ball through to Andrés Iniesta who without hesitation passed the ball to Iván Rakitić. With the goal firmly in his sights, the Croat then struck the ball into the back of the net to open the scoring for the then four-time champions.

Rakitic opened the scoring for Barcelona in style. (Photo by Shaun Botterill/Getty)

This goal caught the men from Turin completely off-guard, however, it was hardly enough for them to abandon all hope just yet. From the right flank, Álvaro Morata turned Jordi Alba inside out with a sensational piece of skill, then laid the ball off for Arturo Vidal, who in the heat of the moment, blasted the ball wide off the mark for a goal-kick.

On the other end, seeking a second, Luis Suárez found Dani Alves in the penalty box. The two South Americans’ combination forced a sensational save from ‘Gigi’ Buffon. Moments later, his goalkeeping expertise was on show once more. Following an exchange of passes between Neymar and Rakitić just outside the box, the Brazilian twisted and turned his way through the Bianconneri’s backline, only for his resulting shot to be palmed away by the Italian shot-stopper.

Barça ended the half a notch above their opponents, and if not for some poor finishing, they easily could have ended the game before the half-time whistle. Suárez missed two one on one chances in quick succession from point-blank range, both created by the other South American, Messi. Given the nature of the first half, there was undoubtedly going to be more up for the show in the second.

The second period began just as the first had ended; with Barça well on top of proceedings. Through the sort of intricate passing uniquely associated with them, the Spaniards cut Juventus open once more, and the Italians needed yet another stunning stop from their veteran keeper to keep the scores at a respectable 0-1. The Garnet and Blue needed only continue down this path as surely, sooner rather than later, they were bound to find the back of the net. Juventus, however, had other ideas.

On a quick break, Carlos Tévez forced a rather uncomfortable save from Marc André Ter Stegen, and like a predator with his prey, Morata pounced on the released ball and hammered it into the back of the net to draw the scores level ten minutes in.

The La Liga champions must surely have felt hard done by, as up until that point it was they who had been in control of the match. Rather than sulk at the prospect of losing the coveted trophy, Barça went out guns blazing and got back into the lead just over ten minutes later. In a chance almost identical to that which their opponents scored from, Messi unleashed a fierce shot low and hard, which, like his opposite number, forced an uncomfortable save out of Buffon. Lying in wait just in front of goal was Luis Suárez, who volleyed the ball home to get his side right back into the lead.

Barça thought they were in dreamland as Neymar put them 3-1 up. To his, and the rest of the team’s dismay, his headed effort glanced off his arm and into the net, and the goal was quickly — and deservedly — disallowed. Gerard Piqué nearly got his side two ahead, though following Messi’s delicate chip into the box, the World Cup winner saw his volleyed strike go just wide off the mark.

The clash had been anything but peaceful, as the referee stopped play a whopping 36 times because of incessant fouls; two-thirds of which came from the Bianconneri. This insane number of stoppages resulted in the referee adding a whopping seven minutes to injury time, which Barça greatly profited off.

As if they were fighting for their lives, Juventus threw everything forward in pursuit of a late equaliser. This mindless action left them thin in defence, and Barcelona capitalised on it in the dying seconds of the game.

Neymar sealed the game for Barcelona with the last kick of the game. (Photo by Matthias Hangst/Getty)

On a counter-attack, Barcelona found themselves in a three on two situation. Suárez and Neymar made a quick exchange of passes and, to write his name in the history books, Neymar guided the ball on his left foot into the back of the net.

Celebrations erupted as the ball caressed the fibres of the net. Barça had done it. They had finally overcome 4 years of disappointment and anguish in the Champions League, winning club football’s greatest prize in the most iconic way possible. Victors over the Champions of England, France, Germany, Spain —in the Copa Del Rey — and now Italy, the Spaniards felt on top of the world, and not a single soul could dispute their title credentials.

On top of the podium, Michel Platini handed Xavi Hernández the ‘big ears’ to cap off what had been an illustrious career with his fourth, and Barça’s fifth Champions League title. A night that, for all intended purposes, will never be forgotten.

The days of glory. (Photo by Laurence Griffiths/Getty)