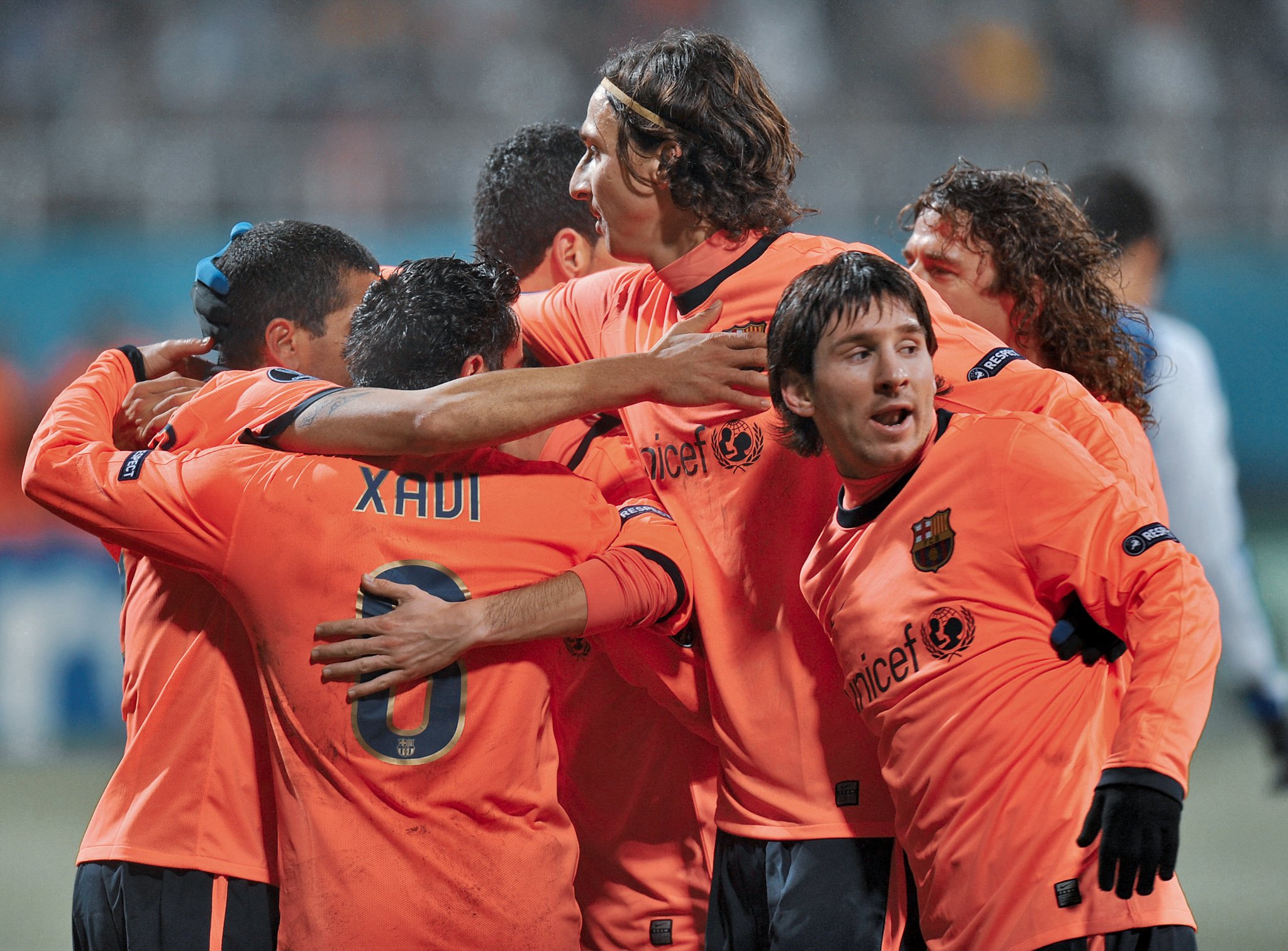 As Barcelona prepare themselves to face Dynamo Kyiv in the fourth Matchday of the UEFA Champions League, join us as we reminisce the Catalans’ last away victory over the Ukrainians back in the 2009-10 season in this episode of The Rewind.

While the 0-4 loss in the Camp Nou from the late 20th century had a more profound impact in the hearts and minds of both camps of supporters, the Blaugranas’ 1-2 away victory over the Ukrainians was a slightly less memorable result, but memorable nonetheless as the defending European champions came from behind to secure a late victory.

The possibility of Barcelona not making it to the knockout stages was very much a reality, the odds of it happening were rather slim. The Catalans would not only need to lose to their Ukrainian – Dynamo Kyiv – counterparts by two or more goals, but they would also require a win from either one of Rubin Kazan or Inter Milan to crash out of the competition.

The odds were indeed in their favour, however, it did not exactly translate to a guarantee and this much the men in Garnet and Blue learnt just 120 seconds into the encounter.

Following a sumptuous cross from Andriy Shevchenko via a free-kick, Artem Milevskiy connected with the ball, squeezing the ball past Victor Valdes’ gloves and into the back of the net to open the scoring. In and of itself the goal was far from what one would call picture-esque. This mattered little to the hounds of eccentric Dynamo supporters, though. They wanted the lead, they wanted a round of 16 spot, and they were halfway there right from the get-go.

Barcelona’s patience and persistence paid off eventually as in the 33rd minute, the visitors did draw level. Following some of the intricate passing synonymous with the Pep era, Xavi Hernández’ capped off what was a truly remarkable move as he tapped the ball home from Eric Abidal’s cutback.

One might argue that Barça should have already been through with the game given the sheer dominance they had asserted over their hosts, but fine margins such as those were the determining factor in that match.

Such was the unpredictability of the game as a whole as despite being on the back-foot for most of the opening 45 minutes, the hosts almost went into the break back in the lead. They played primarily on the counter-attack and if not for a Gerard Piqué last gasp block, Barça would have — undeservedly — ended the half a goal down.

The second period began just as the first ended, with Kyiv on the break. Shevchenko was once again the catalyst of the action, however, his delicately whipped cross was poorly met by Leandro, whose headed effort went over the bar and out for a goal kick.

Given the context of the match, Barcelona were more than content with hogging the ball for as long as they would like as either one of a draw or a loss by one goal would be enough to see them through to the next round of the Champions League. A crude mix of the impending stress of falling at the hands of Barça and worse, in front of their own fans, clouded the hosts’ judgment. The referee brandished back to back cautionary cards to both Leandro and Ognjen Vukojević for their rough challenges.

The Spanish league leaders thought that they had grabbed the lead as Gerard Piqué’s effort rattled the back of the net, though to his dismay it was ruled out following a push by teammate Zlatan Ibrahimović during the move.

While he had been rather quiet for his standards for most of the match, Lionel Messi produced the breakthrough his side longed for, and he did so with a free-kick oozing of class just four minutes from time. The Argentine worked up his angles and struck the ball off the underside of the crossbar, past a helpless Shovskovskiy and into the back of the net to seal a well-deserved victory for his side.

You could never keep Barcelona and Lionel Messi down for too long, especially when we rewind to 2009, as Dynamo Kyiv found out the hard way.

Why do we fall, sir? (Photo by SERGEI SUPINSKY/AFP)

The Catalan kings rejoiced with the full-time whistle while they left their opposite numbers were full to the brim with reprieve. At the end of the day, the better team won as the Champions deservedly advanced to the knockout stages, where they found themselves rather unfortunate to lose to Jose Mourinho’s Inter in the semifinals. All said and done, Culés wish they can rewind their clocks to 2009 to watch Barcelona run riot over Dynamo Kyiv again.