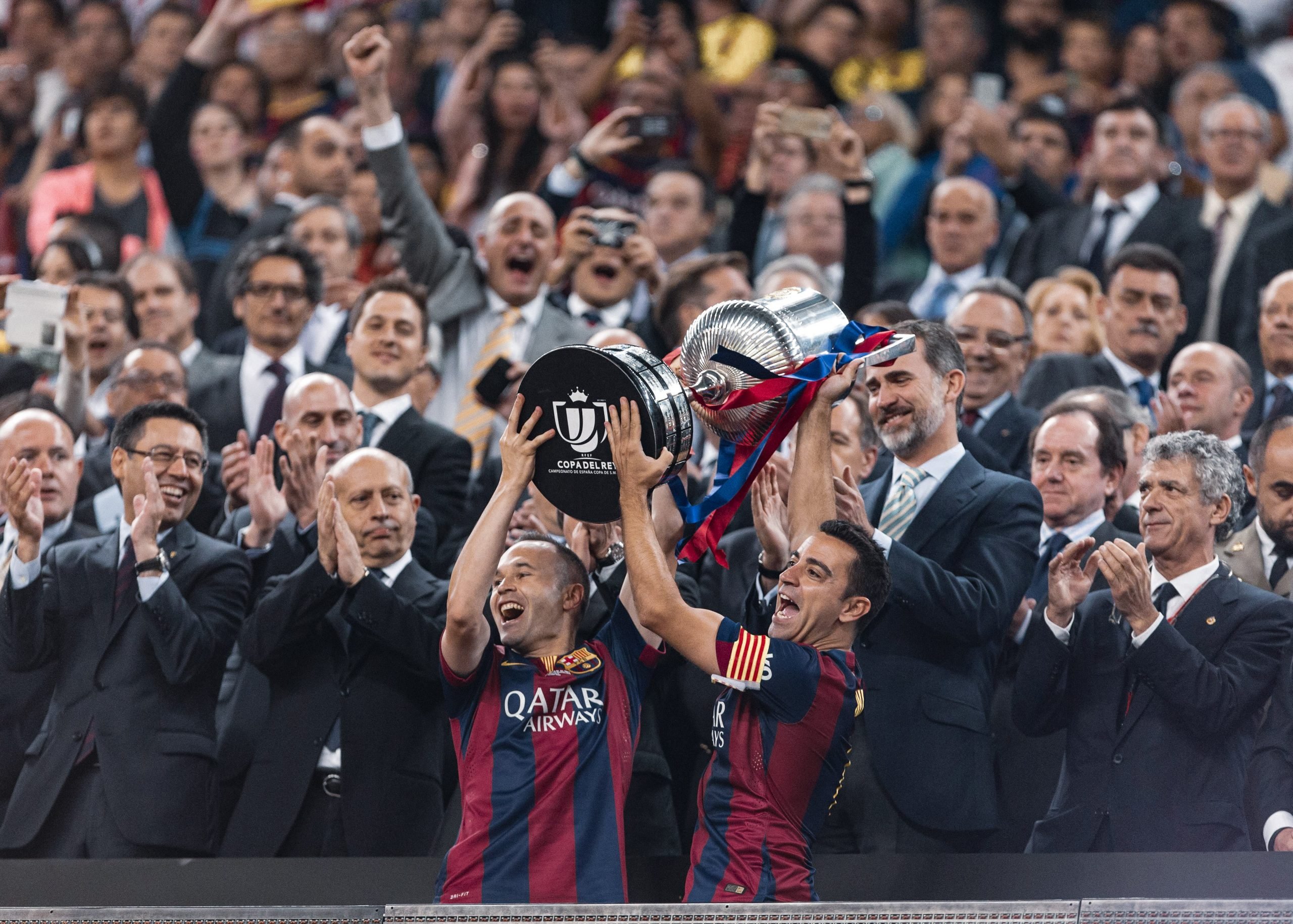 As Barça prepare to take on Athletic Bilbao in the Copa del Rey final, join us as we look back at the last time these two teams played each other in the final.

Barcelona will be looking for their sixth Copa del Rey title in ten years as they face off against Athletic Bilbao later tonight. It is the third time the two sides have played each other in the final this decade, with Barça winning both previous encounters. Nevertheless, Athletic Bilbao have had the upper hand against Barcelona recently in cup competitions. Earlier this year, they defeated them in the Supercup final, and in 2020, they knocked them out of the Copa del Rey.

Barcelona’s 2014/15 was one of their greatest seasons of all time. With signings like Luis Suarez and Ivan Rakitic to replenish the squad alongside new manager Luis Enrique, the Blaugrana went on to win the treble. By the time they faced Athletic Bilbao in the 2015 Copa del Rey final, they had already won La Liga and were set to play in the Champions League final the next week against Juventus.

Barça’s run in the Copa del Rey was nothing short of sensational, scoring 27 goals in eight matches as they went to their fourth final in five years. This included an 8-1 win against Huesca and a thrilling 3-2 victory against Atlético Madrid.

Athletic Bilbao were in their second final in four years. They played Barça in the 2012 final, losing 3-0 in Pep Guardiola’s farewell match. The Basque side were led by Ernesto Valverde, who would eventually take over Barcelona in 2017.

Luis Enrique lined up Barcelona with his favoured starting eleven:

Ernesto opted for his preferred 4-4-2 shape with the following:

Barcelona started off by controlling possession and trying to break down Bilbao’s robust 4-4-2 shape, but their opponents were constant threats off counter-attacks. The Catalans would build up from the back with Gerard Piqué and Javier Mascherano, particularly looking for Lionel Messi or Dani Alves as outlets. They heavily focused on stretching Bilbao out and playing down the flanks.

Around 9 minutes in, ter Stegen was careless in the box and almost gave away possession, nearly gifting Bilbao a prime scoring opportunity. Nonetheless, in typical Barça fashion under Luis Enrique, they restored composure and, with a few quick passes, broke through Bilbao’s press. Jordi Alba progressed the ball forward and found a wide-open Iniesta. With space, the Spaniard passed to Messi, who sent a signature ball into the box to Neymar. The Brazilian had a brilliant first-time finish, but the goal was ruled offside.

Only a minute later, Suarez was one-on-one in the box but the shot parried off Bilbao’s keeper.

19 minutes in, the crowd of nearly 100,000 fans witnessed history. Dani Alves gave Messi a short pass near the halfway line. The Argentine got past his first defender, then encountered a cul-de-sac of three. With only three touches, he left them in the dust. Now near the outside of the box, he cut past another and fired the ball into the near post, scoring one of the best goals ever.

As the commentating duo of Kevin Keatings and Rob Palmer put it: “It’s one of the great Copa del Rey final goals! From the magical, mercurial Lionel Messi.”

It was a lead that was bound to come, but nobody could have expected such a goal.

In the 25th minute, Messi picked the ball off of a defender and set Suarez down the line; he had Neymar wide open in the box, but the pass was intercepted at the last minute. The Catalans were relentless, and Bilbao could not stop them. At this point in the game, they had over 70% of possession and more importantly, they were dangerous with it. Time after time, they had opportunities in the box: Neymar had a one-on-one and Suarez only nearly missed a cross from Alba.

With only ten minutes left in the half, there was chaos outside Bilbao’s box. Ivan Rakitic threaded a ball into the penalty area to Suarez; in a selfless move, the Uruguayan crossed it to Neymar, who doubled Barcelona’s lead. It was a well deserved second goal as Barca were simply running circles around their opponents.

The second half was more of a balanced game, but neither side could control it. Bilbao kept the Catalans on the back foot for much of the half, preventing them from having typical long spells of possession. The Basque side made some threats but nothing came to fruition.

Ten minutes in, Andres Iniesta came off for Xavi Hernandez, who would play in his penultimate game for the club and his last in the Camp Nou.

As is the case with a squad that talented, Barcelona could create chances out of nothing. In the 72nd minute, Neymar and Dani Alves had a quick one-two that sent the right back down the wings. With his eagle-eyed passing, he sent a low cross into the box that found Messi. The Argentine hit it into the back of the net.

All of a sudden it was 3-0 and despite Bilbao’s improvement, they could not contain the Blaugrana.

Barça made their final changes a few minutes later: Jeremy Mathieu and Pedro Rodriquez for Jordi Alba and Luis Suarez.

In the 78th minute, Bilbao sent a ball into the box, and starlet Inaki Williams headed it into the back of the net. It was a deserving goal for the Basque outfit, but ultimately, it was too little too late.

The final 10 minutes or so were a back and forth affair, but Barça did more than enough to secure their lead.

The match was chippy and full of hard tackles all throughout, but that reached a climax when near the end of the game, Neymar attempted to rainbow flick past a defender. Bilbao did not react kindly to it as they pushed Neymar to the ground, interpreting it as unnecessary showboating. There was a resulting scuffle between both sides, but nothing too egregious.

In the last minute, Barça won a free kick, but Xavi hit the post.

As the full-time whistle blew, the Catalans won their record 27th Copa del Rey title and were one trophy away from winning the Treble.

Athletic Bilbao fought valiantly throughout the game but Barça’s quality was unmatched that entire campaign. They put on a magnificent show in front of the Camp Nou, highlighted by Messi’s brilliant goal. One can only hope for a similar performance in the 2021 final.