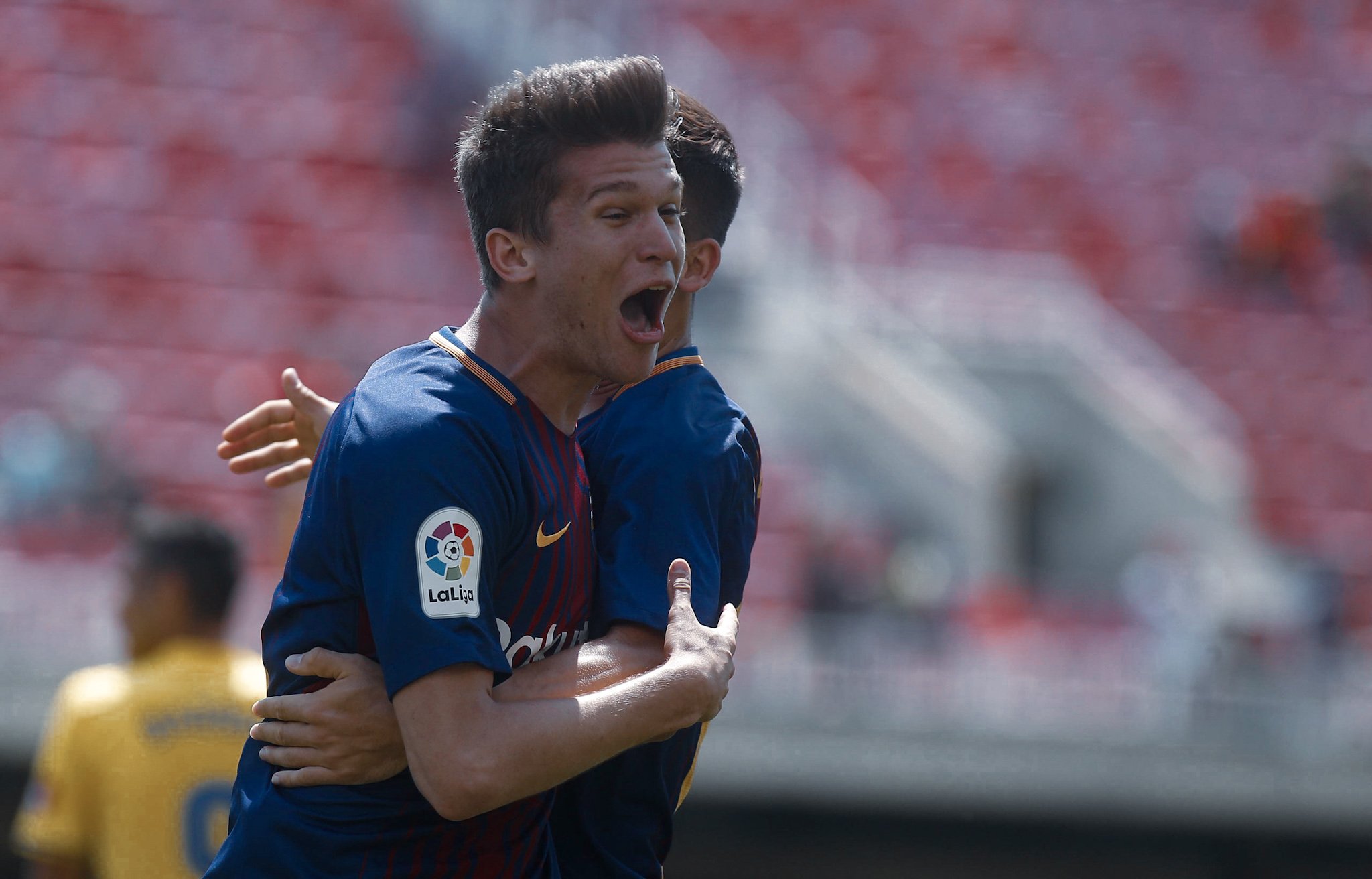 As Barcelona prepare to face off against Álvaro Cervera’s Cadiz, join us as we reminisce Barça B’s victory over the Andalusians back from the 2017-18 season in this episode of The Rewind.

For Culés of old, perhaps the 1-0 victory in the Camp Nou, or the 3-1 win away the same season en route to Barcelona’s second League and Champions League double in 2005-06 might be more memorable, however, in May of 2018, Garcia Pimienta’s Barça B’s youngsters obtained a memorable result in their quest to maintain their status as a Segunda side.

Álvaro Cervera’s side came into the match on the opposite end of the table, boasting a four-game unbeaten run including three draws and a win against Real Zaragoza. Barça B meanwhile were on the brink of relegation, and any result bar a victory in this game would send them straight down to the third division of Spanish football.

The odds were tilted firmly against them, as their opponents coming into the match had already won the reverse fixture with a remarkable performance and three goals to boot.

Despite their poor luck morphing into abject malediction, the Catalans emerged victorious, 3 to 1, following a picture-perfect first half with a brace from Marc Cardona and Matiás Nahuel.

The Blaugrana started off the match proactively, nearly hitting the back of the net in the opening minutes of the tie. From the left flank, having skipped past his markers, Marc Cucurella played a low cross into Christian Rivera’s path. The young Spaniard followed it up with a thunderous low driven shot that shaved a coat of paint off the frame of the goal as it went out for a goal kick.

With just over quarter of an hour gone, Barça went into the ascendancy through the least likely of sources; a corner. Following Carles Pérez’ outswinger, Marc Cardona towered well above all in his vicinity and redirected the ball into the back of the net to open the scoring for the hosts. It was only his sixth goal of the campaign but what a time to score it!

The Blaugrana almost doubled their lead via a free-kick just five minutes later. Carles Pérez earned a set piece following a clumsy tackle by Servando Sánchez a few yards outside the penalty area. Cardona took it, but his curling effort lacked the necessary dip to end up in the back of the net.

This mattered not, however, as just moments later, the Catalans scored their second. Cardona was involved in a bit of everything in that game up until that point, and having waltzed through the Andalusians’ backline, a crude and utterly senseless challenge by Lúcas Bijker won his side a penalty. With ice in his veins, the then 22-year-old slotted the ball home to make it two-nil to the hosts.

Cifuentes could not handle the pressure put on by Manuel. (Photo via Imago)

Barça were in dreamland, and Matiás Manuel took them deeper into it just before halftime. Following an objectively poor attempt at a through ball by Ferrán Sarsanedas, Servando left it to his goalkeeper to retrieve the ball given the seemingly low threat level. Little did they know that galloping forward was Manuel, who quickly dispossessed Alberto Cifuentes, created space for himself and curled the ball ever so delicately into the net.

Celebrations erupted in the ground, and rightly so. Barça needed a win, and there, the youngsters had done everything in their power to delay destiny.

Half time score: Barcelona B 3-0 Cadiz

The Catalans were considerably more pragmatic, and far more conservative in the second half in comparison to the first. In the final 45 minutes of the game, they let their visitors take hold of possession, but such was the Claret and Blue’s defensive wall that their neighbours in summer yellow could barely make an impact.

First, through a set-piece of their own, Cadiz nearly got back into the game. From around 30 yards, Alberto Perea guided his freekick neatly over the wall, and unlike Cardona in the first half, with the right amount of dip at the end. The curve on the ball was a tad bit too strong, and to his dismay, it went out for a goal kick.

On the other end and on a fast break, right back Sergi Palencia struck a low shot with great pace and power behind it, forcing a rather uncomfortable save out of Cifuentes. Still out of control and with plenty of bodies surrounding him, it is by great chance that the Cadiz shot-stopper did not concede a fourth, as the ball bounced off Cardona for a goal-kick.

The rest of the half paled in comparison to the first, and it was only until the 89th minute that the net would bulge once more. In a situation almost identical to that of Barça in the beginning of the second period, David Barras forced an uncomfortable save out of Adrián Ortola, and his striking partner Dani Romera pounced on the loose ball, slotting it home from point blank range. It was worth nothing more than a consolation goal, but it brought the deficit down to something more respectable.

Barcelona B lived to fight another day, courtesy of a top-notch performance from Cordona. (Photo via Imago)

Come season’s end, neither club attained their objectives. Cadiz would remain in the Segunda eventually climbing up the ladder in 2020. As for Barça, a goalless draw against Albacete in the match that followed sealed their fate.