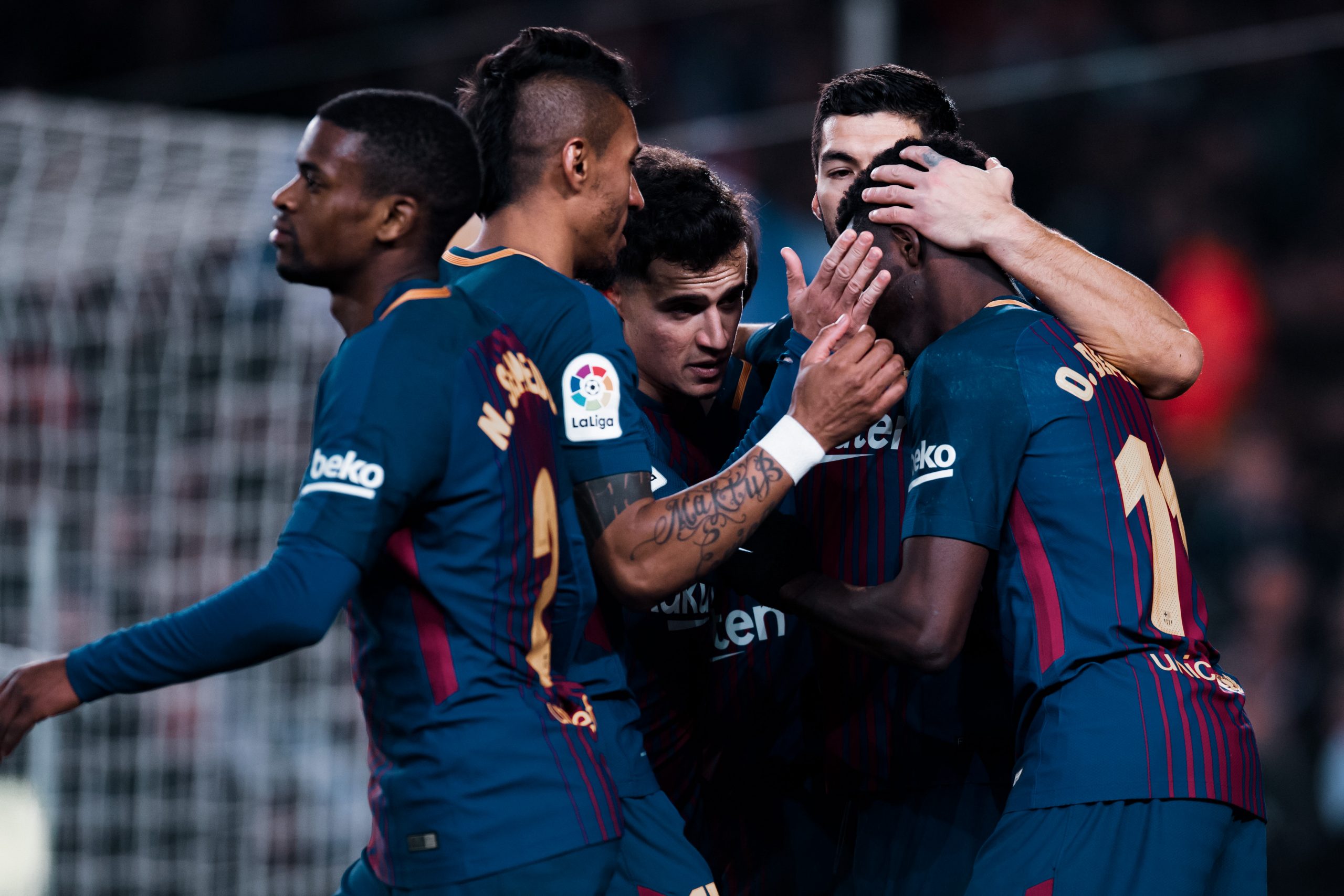 Ahead of Barça’s second friendly of the 2020/21 preseason, we reminisce 2018’s Barcelona 6–1 Girona in one of the most dazzling performances from the Ernesto Valverde era.

Having already beaten Real Madrid in Montilivi, and drawn against as well as eliminated Atlético de Madrid from the Copa del Rey in just their first season in the Spanish top flight, Barcelona knew Girona wasn’t the sort of team to take lightly.

Ernesto Valverde’s side was coming into this league game in February 2018 not only leading the pile but also chasing Real Sociedad’s phenomenal 38-game unbeaten run that dated all the way back to May 1980. As for Girona, they found themselves at unprecedented heights and had set their sights on a potential European spot.

Come season’s end, Barcelona had eclipsed that record, winning the league in emphatic fashion and their Catalan counterparts finished an impressive 10th place in their debut season.

The match took off in the worst way possible for the hosts. Just three minutes in, following a slight miscommunication between Marc-André ter Stegen and Samuel Umtiti, Cristian Portu dispossessed the Frenchman and on his weaker foot on a tight angle, curled the ball round the keeper and into the net via both posts.

It didn’t matter much, however, as just two minutes later, Barcelona drew level. Lionel Messi lacerated the Girona backline with a delicate through ball and found his partner in crime Luis Suárez who, cool as you like, slotted the ball underneath a helpless Yassine Bounou. Suárez then returned the favour just before the half-hour mark. The Argentine cut inside and struck a fierce shot past Bono to get Barcelona in the ascendancy.

Messi would then double his tally for the night just moments later. From just a metre or two shy of the “D”, he cheekily shot the ball underneath the visitors’ wall and begun a free-kick scoring spree that would last three matches. The scoring of the half was rounded off on the cusp of halftime as Philippe Coutinho selflessly played the ball into Suárez’ path to seal his second and the Blaugranas’ fourth with an easy tap in.

With the game essentially out of the visitors’ reach, Barcelona attacked took a foot off the gas. Following a quick break, Messi once again found Suárez in space but his low driven curler was just a streak of paint away from turning into a goal. Ousmane Dembélé had a glorious chance of his own not too long after but his left-footed shot went marginally wide.

Barcelona’s record signings in the 2017/18 season, Ousmane Dembélé and Philippe Coutinho, both shone against Girona | Photo by Alex Caparrós via Getty Images

It was only until the 66th minute that the scoreline would change and it came through a sumptuous effort from Philippe Coutinho. Having gone round his marker, the Brazilian got himself in space and made a trademark curler off the post and into the back of the net to open his account in the Camp Nou.

Fifteen minutes from time, Barcelona put the sixth and final dagger in Girona’s heart. Ivan Rakitić played a fantastic through ball from near the centre of the park to Dembélé in the wing. He got past his marker and played a low cross into Suárez’ path to seal his hat trick.