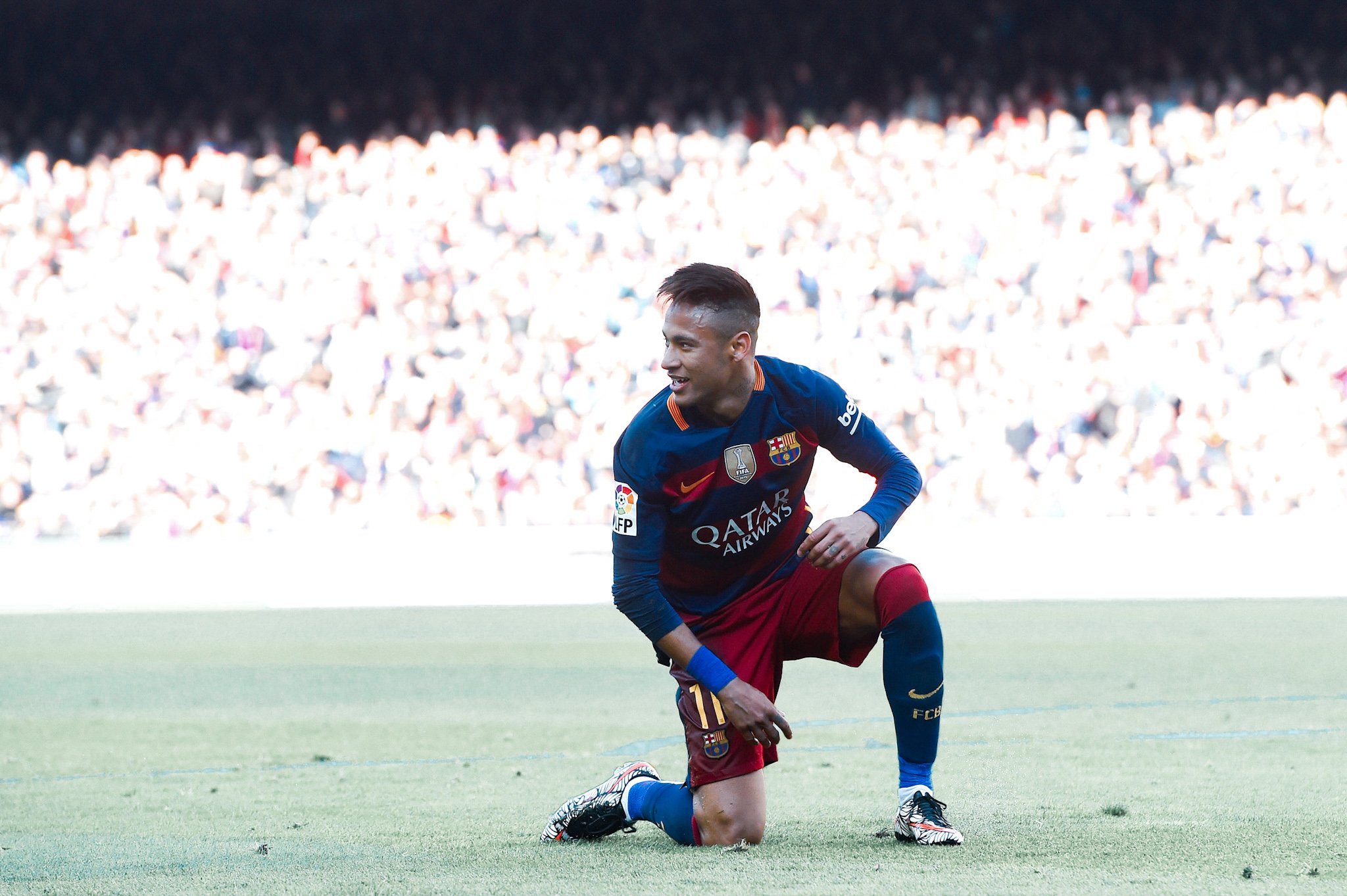 As Barcelona prepare to lock horns with José Bordalas’ Getafe, join us as we drift back in time to the Catalans’ 6-0 victory over the Blues from the 2015-2016 season.

Following their inspiring 0-2 away victory over Arsenal in midweek, the hosts were high in spirits. The Blaugrana knew that a win on the weekend would not only sustain the gap between themselves and nearest challengers Atletico Madrid at 8 points but also extend their remarkable unbeaten run to 37 in all competitions.

Los Azolones, meanwhile, had been dealt a foul blow by fate. In the eight matches preceding their encounter with the reigning champions, the away side had lost seven successive games, conceded seventeen, and hit the back of the next just thrice. They were third from bottom with a measly 27 points in 28 matches and a loss here, while not cementing their relegation, would make it much harder to recover from.

A win at the champions’ might have provided them with the confidence they were so desperately longing for throughout the campaign, but that was too tall a task for Getafe. Barcelona showed no mercy as they slotted six past a helpless Getafe side.

The defending champions grabbed the bull by the horns right from the get-go. From deep, Lionel Messi played a through ball that caught the visitors’ defence by surprise and found Jordi Alba. The Spaniard played his trademark cutback, and in an attempt to intercept the pass, Juan Rodríquez slotted the ball into the back of his own net. Just moments later, their backline was caught sleeping again.

Alba rampaged down the left flank again and played a cutback into Neymar, but in a rash attempt to atone for his positional error, Emiliano Velázquez conceded a penalty. Throughout the campaign, the penalties that Barcelona won were more synonymous with misses than by goals. Barça had already missed seven penalties by this point, and all Lionel Messi could do was add to the record as his low driven shot was saved by the keeper.

The miss didn’t matter much, however, as the Argentine set up Munir El Haddadi for his third goal of the campaign minutes later. Andres Iniesta chipped the ball over the Getafe backline into Messi’s path, and despite having easy access to goal, he selflessly volleyed the ball into Munir’s path for an easy header.

The Barcelona number 10 was having the time of his life in his creative role, and his second assist of the afternoon had class written all over it. Like a surgeon with his scalpel, he delicately cut the visitors’ defence open once again and found Neymar in space. The Brazilian’s subsequent effort curled right past Guaita for his second Barça’s third of the night.

A hat-trick of assists and a cracker of a goal to cap of the evening for Leo. (Photo by David Ramos/Getty Images)

Messi would eventually get his goal and what a goal it was! With a pass, Arda Turan found him some meters outside the penalty area. In one cheeky turn, he went past his marker, and now in space, he unleashed a thunderbolt of a strike that curled away from the goalkeeper and into the near post. It was a peach of a goal, and there was next to nothing the keeper could do about it.

Barcelona started the second half with the same intensity with which they ended the first. The hosts kept possession of the ball, and their passing generated tiny pockets of space which were begging to be exploited. With the ball at his feet, the Ballon D’or winner opened the defence up for the fourth time in the match and found Neymar – again. The Brazilian got past both his markers with one touch and with the other, he calmly slotted the ball into the back of the net for his second, and Barcelona’s fifth of the afternoon.

As if the score wasn’t humiliating enough for Los Azolones, Barcelona added further gloss to the scoreline via a gorgeous effort from Arda Turan. Munir got the glance of the ball with his head via a corner, with the ball reaching Gerard Pique, who was less than ready for it. The Spaniard’s pitiable first touch threw the ball into Turan’s path. Completely unmarked near the far post, he instinctively threw his body in the air and scoring a remarkable bicycle kick. By this time, all Getafe could do is wait for the final whistle to put them out of their collective misery.

Come season’s end, Barcelona were crowned champions of Spain for the second year in a row, and Getafe were relegated to the Segunda División following their 12-game winless run.