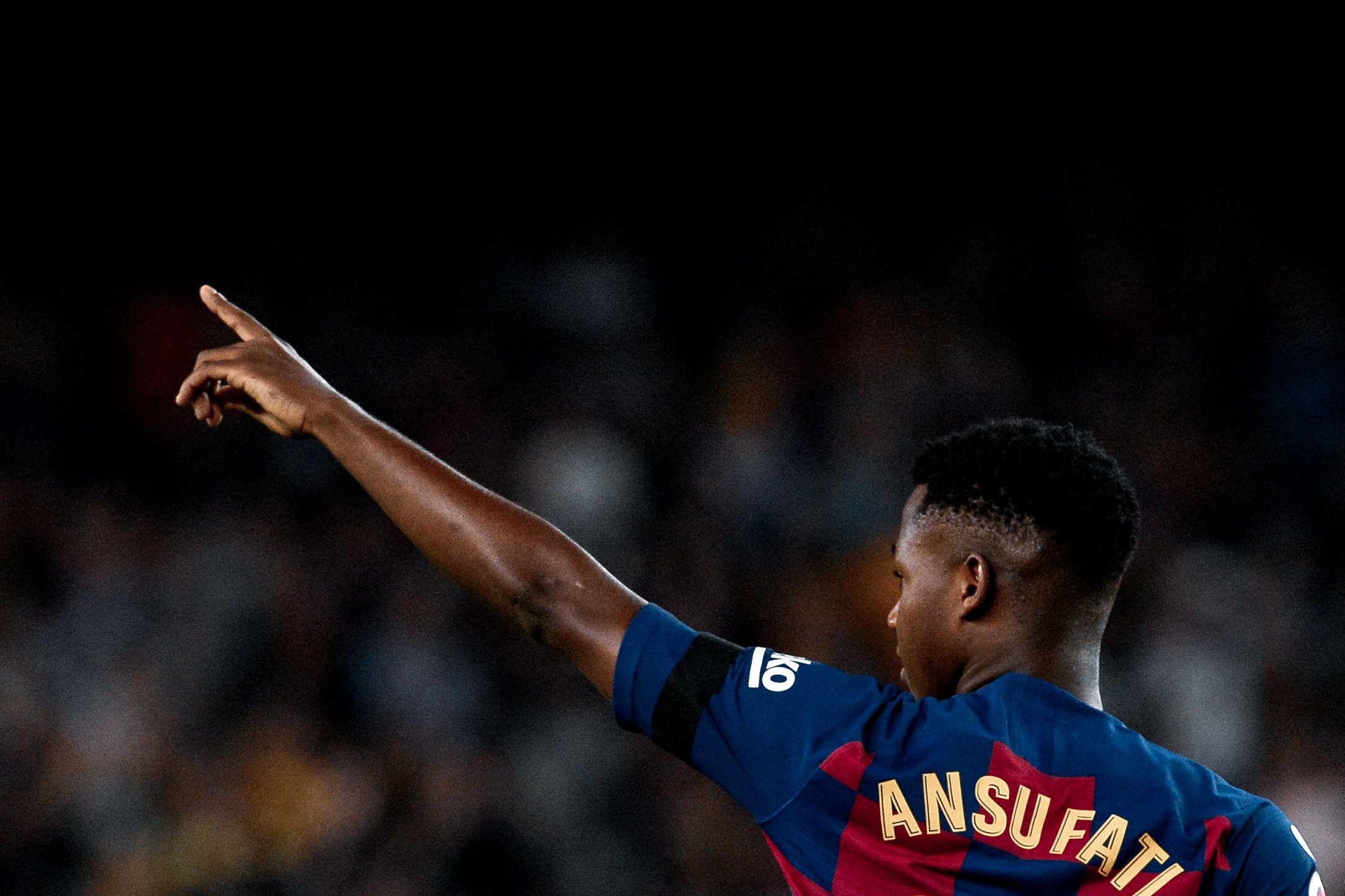 As Barcelona ready themselves to face Valencia in round 14 of La Liga, join us as we reminisce the Catalans’ 5-2 win over Los Ché from the 2019/20 season in this episode of The Rewind.

Barcelona were on one of their most peculiar starts to a season ever. On opening night, the Catalans lost to Athletic Club Bilbao thanks to an iconic last-minute acrobatic effort from the legendary Aritz Aduriz. They followed this up with a morale-boosting 5-2 victory over Real Betis in the Camp Nou which should have sparked the return to their usual selves, but it was not to be.

In Pamplona, against newly-promoted Osasuna, Ernesto Valverde’s men dropped points again and headed into their game against Valencia with just four points from a possible nine. Despite being marred with injury in the front line, the Blaugrana swept Los Che aside on Albert Celdades’ managerial debut. This was a clash many saw as the return to the Barça way of playing, and the rebirth of Valverde into the manager, the supporters, had always wanted him to be.

Following his goal on his full league debut against Los Rojillos a weekend prior to this tie, Ansu Fati got a well-deserved start in El Txingurri’s starting eleven, and he rewarded him by opening the scoring just two minutes into the game.

Having carved Valencia’s defence open through some vintage passing reminiscent of the Barcelona of old, Sergio Busquets found Frenkie de Jong on the edge of the box. The Dutchman lifted his head, spotted Ansu, and played the decisive pass into the penalty box. Frail as he seemed at the time, the sixteen-year-old unleashed a thunderbolt of a strike that went past an utterly defenceless Jasper Cillessen on his return to the Camp Nou to make it 1-0.

The fans at Camp Nou were ecstatic to have seen another gem rise through the academy, then he would take their breaths away once again just five minutes later. Like a swarm of bats, Los Murciélagos crowded around Ansu in the penalty box. He manoeuvered his way through them and played a cutback into de Jong, whose one-time effort found the back of the net for his first Barcelona goal.

Fati had just become the youngest footballer to both score and assist in the same La Liga game, and with his newfound confidence, he sought after an unlikely first-half brace. He nearly put the game to bed in just the 20th minute, however, his curling strike was just inches away from rattling Cillessen’s net.

Completely against the run of play, Valencia got back into the game. Following some sensational one-touch passing, Francis Coquelin found Rodrigo Moreno a few yards from the “D”. He lacerated the Barça defence with a through ball to Kevin Gameiro, and the French international tucked it home to halve the deficit.

No sooner had the second half begun than Barcelona extended their lead. Having scored two in the rout against Betis, Antoine Griezmann nearly got his third for Barça six minutes into the second period. He unleashed a fierce effort into the bottom right corner, but Cillessen made a mess of it, deflecting it onto the goal only for Gerard Piqué, of all people, to pounce on the loose ball to make it 3-1.

Nelson Semedo had a go from the edge of the box, but to his dismay, his wonder-strike hit the frame of the bar and was erratically cleared by Daniel Wass.

With an hour gone, Ansu Fati went off the pitch and was graced with a standing ovation from the appreciative home crowd. His performance on the night had won the hearts of many, and on his exit, the fans were equally supportive of the return of Luis Suárez, who missed the previous two games with an injury.

With his first touch of the game, the Uruguayan extended Barça’s lead. Arthur Melo left the ball at Suárez’s feet at the edge of the box. Oddly enough, not a single Valencia player challenged him and left with all the time and space in the world, El Pistolero first feinted a shot then followed it up with a curling effort that bounced off the frame of the bar and into the net to make it 4-1. There were shades of Ronaldinho’s golazo against Chelsea from 2005 written all over that wondrous strike.

With the game essentially done and dusted, Suárez doubled his tally in the 82nd minute. Following Iván Rakitić’s deflected strike from the edge of the box, the ball fell at Griezmann’s feet. The Frenchman laid the ball on a plate for Suárez, and without hesitation, he hammered the ball into the net to put the final nail in the coffin.

Denis Cheryshev played a cross into Maxi Gomez who scored in stoppage time, but his effort was worth nothing more than a consolation goal. Revenge for the Copa Del Rey final loss was more than exacted, as Barcelona hammered Valencia by five goals to two.