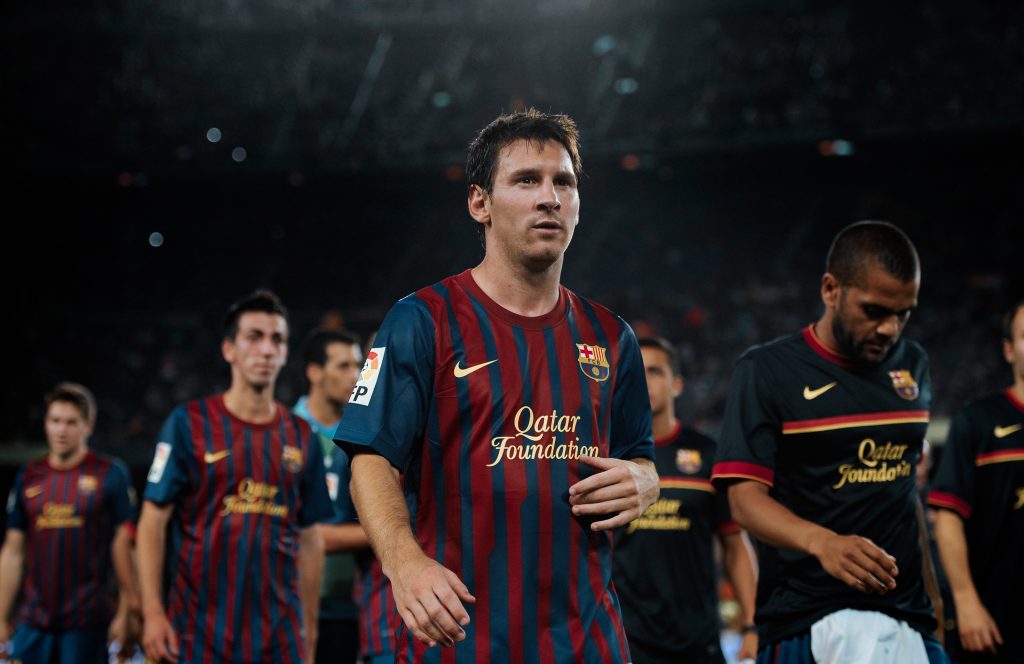 As Barcelona prepare to host Napoli in the second leg of the Champions League last 16, we remember the Catalans’ 5–0 win in the 2011 Joan Gamper trophy.

It was goals galore as Barcelona ended their 2011 preseason with an emphatic victory over Napoli on home soil in the traditional curtain raiser for the season: the Joan Gamper trophy. The usual suspects in Lionel Messi and Pedro Rodríguez were on the scoresheet as newly signed Cesc Fàbregas also got a goal on his full debut for the Catalan outfit.

Barcelona were on full throttle from the get go. In a move typical of Pep Guardiola’s side, it was Fàbregas who got the first chance of the evening. but his chip from just outside the area posed no threat to the visiting keeper. Napoli’s first real chance of the game came through Edinson Cavani. The Uruguayan scored a sumptuous overhead kick only for the linesman to rule it out for offside. Barcelona was back in the ascendancy soon after through Andrés Iniesta. The Spaniard lacerated the Italians’ shaky defence only for Fàbregas to woefully miss the subsequent shot.

It didn’t matter much, however, as just a few minutes later it was the former Arsenal man who would open the scoring. Iniesta found Thiago Alcântara on the right wing. The then number eleven went past his marker with a few stopovers and followed up his dribble with a low cross into Fàbregas’ path for an easy tap in to make it 1–0.

Walter Mazzarri was Napoli’s coach from 2009 to 2013. In the 2010/11 season the Azzurri had finished third in the Serie A | Photo by Valerio Pennicino via Getty Images

Barça would double their lead not too long after. In yet another move synonymous with the European champions, it was Seydou Keita on the finishing end of a delicate chip by Iniesta over the entire Napoli defence. His glancing header caught Morgan de Sanctis off guard and he could do nothing but watch as the blaugranas distanced themselves even further.

The second period began as the first ended: with Barcelona on the front foot. Pedro started things off early on and having beaten the keeper, only the post stopped his curling effort from making it three. As if they were jinxed not to score, the locals struck the woodwork twice more. After some intricate passing, Lionel Messi’s thunderous shot struck the bottom left post. Pedro pounced on the rebound but he too had his left footed volley rattle the crossbar to momentarily relieve Napoli of some pressure.

Messi came close once again through a well-struck free-kick that was tipped onto the bar by Morgan de Sanctis only for Pedro to head in the rebound to make it 3–0 to the hosts. Pedro went from scorer to provider soon after in a brilliant move orchestrated and finished by Messi.

Barcelona’s intricate passing proved to be too much for Napoli to bear as Messi rounded up the scoring through one of his typical low driven shots into the bottom right hand corner via an assist from Keita.