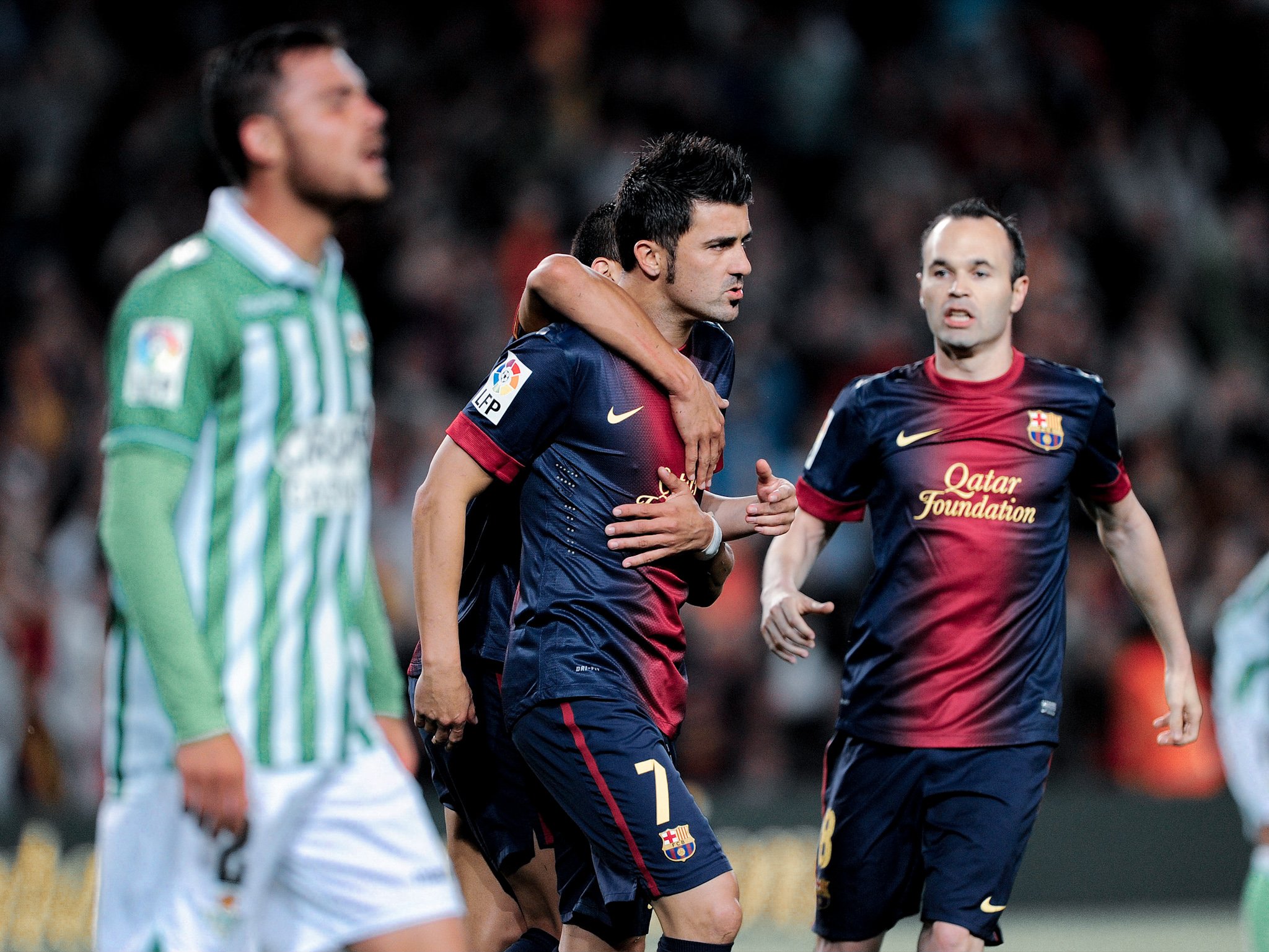 Before Barcelona head into the second international break of the 2020-21 season, join us as we reminisce a sensational victory from Tito Vilanova’s side against Real Betis from the 2012-13 campaign.

Following the humiliating defeat suffered at the Camp Nou at the hands of Bayern Munich in the Champions League, Barcelona had no choice but to win. They came into the match leading the race for the La Liga title, however following Real Madrid’s win earlier that day, they couldn’t mathematically guarantee the title. A win would, however, leave them needing just but a point to secure the league title in Madrid against Atlético.

Real Betis were coming into the tie on the back of a fantastic domestic campaign. They sat seventh in the standings, just four points shy of Malaga in the final Europa League spot. Boasting one of the best away records in the league, Los Verdiblancos had every right to feel confident in the prospect of a victory in a stadium that had haunted them for so long in their history.

The visitors gave their grieving hosts a run for their money but in the end, a Lionel Messi brace from the second period and goals in either half from Alexis Sánchez and David Villa sealed a memorable victory.

Barcelona came into this match with Victor Valdes out through injury. His replacement José Manuel Pinto would grab the headlines for all the wrong reasons.

A poorly taken goal kick was quickly pounced upon by Jorge Molina, whose headed interception went from near the halfway line, and all the way to Marlon Pabon in the right flank. He swiftly controlled the ball and dragged it into the net in to hand his side the lead just a minute into the crunch encounter.

The Catalans needed a response, and it didn’t take them long to restore parity. From the left-wing, Andres Iniesta dragged a handful of defenders his way, consequently creating a pocket of space in the penalty box. The then whipped in a cross on his weaker foot which met Alexis Sánchez for an easy header, beating Adrián to draw them level.

From then on, it was almost all Barça, with Iniesta and Cristian Tello running the show. The veteran midfielder lacerated the visitors’ defence, finding Xavi Hernández with a through ball. He unselfishly set the ball up for David Villa, though he squandered the shot, blasting it wide off the mark.

Alexis got the team off the mark with a quick reply. (Photo by David Ramos/Getty Images)

On the other end, early substitute Salva Sevilla almost got Betis back in the lead, but his volleyed shot turned out to be way too central, and Pinto diligently took care of the situation.

Despite yet another big miss from close range from David Villa, a shot bouncing off the crossbar and perhaps past the line from Tello and a long shot from Iniesta, the hosts just couldn’t find a way to add to their tally.

Betis made them rue their wasted chances, and they did so with a goal worthy of the occasion. Just moments from the break, Rúben Pérez unleashed an absolute thunderbolt from roughly 25 yards, and such was the power and accuracy, that Pinto could do next to nothing to stop it going in.

While Betis might not have deserved the lead, merit didn’t matter much to them. They were going into half-time in the lead against the champions elect and given how rare such opportunities come by, that’s all they could care about.

Without wasting much time, the hosts levelled the game once more. Xavi played a switch all the way to Dani Alves in the right flank. The Brazilian went past his marker, whipped a cross into the 18-yard box and David Villa, who up until that point was drawing blanks, finally bulged the back of the net via a header.

Lionel Messi came on for him and immediately turned the game on its head. The Blaugrana had earned a free-kick some 20 yards from Adrián’s goal. The Argentine’s curling strike went up, over the wall but dinked into the net at just the right moment, grazing the fingertips of the goalkeeper en route to goal. For 21 La Liga games in the row, with all the ups and downs, there was one constant: Lionel Messi hitting the back of the net.

Life, death, taxes, Lionel Messi in 2012/13: the only constants in life. (Photo by David Ramos/Getty Images)

The then three-time Ballon D’or winner had another set-piece opportunity, but despite having the keeper rooted to the spot, his fine strike bounced off the crossbar and was subsequently cleared.

For all the dominance Barcelona had imposed on their opponents, a fourth goal was always coming. True to the Barça way, the goal came via some sublime combination play, capped off by none other than Lionel Messi.

He started the move on the right flank with a pass to Iniesta just on the edge of the box. The Spaniard instinctively played a backheel pass into the penalty area having seen Sánchez move into the box. The Barça number nine stopped the keeper in his tracks and played a low cross into Messi who had the simple task of tapping the ball into the back of the net to make it 4-2.

Messi had a chance to seal his hat trick in the dying minutes of the game, but despite having gone past three players, his shot’s trajectory was just a tad bit too high, and the Betis shotstopper wasted no time palming it away.