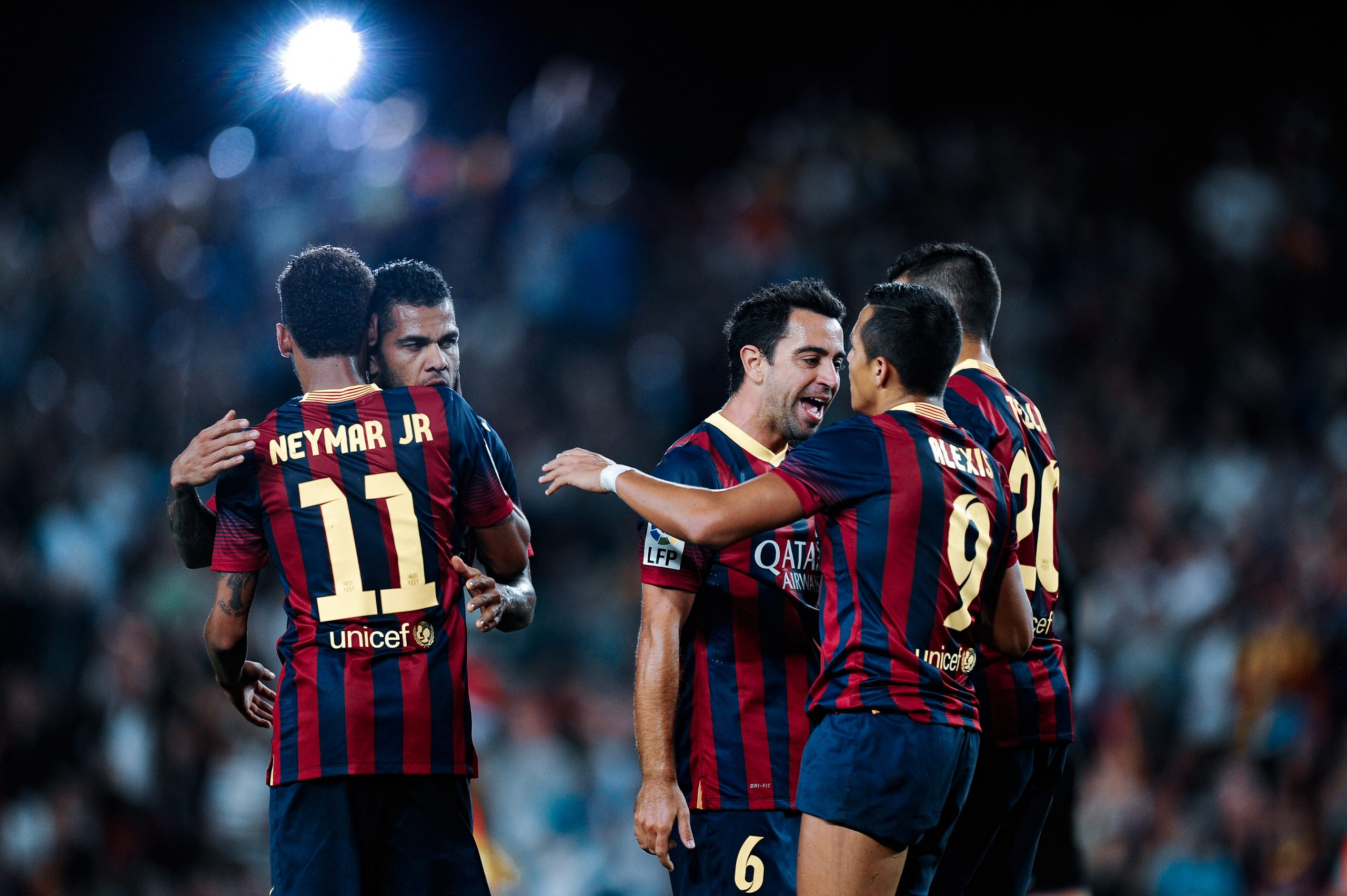 As Barcelona prepare themselves to face Real Valladolid, their final away game after a nightmare year on the road, join us as we reminisce the Catalans’ 4-1 win in the Camp Nou from the 2013-14 season in this episode of The Rewind.

While the 5-1 victory in the Nou Camp last season may be fresher in supporters’ minds, Barcelona obtained an equally memorable result in Tata Martino’s solitary season in a match where the locals won by a score of four goals to one.

A Messi-less Barca on the back of an eight-game winning streak won thanks to a sensational individual performance from Neymar Jr, a brace coupled with an assist from Alexis Sánchez on either side of Xavi Hernández’ strike early in the second half.

In spite of the clear difference in quality between the two, it was Real Valladolid that hit the back of the net first. Julio Iricibar played an in-swinging corner into the penalty box, and having done a poor job at making his opponent, Marc Bartra could only stand and watch as Javi Guerra’s towering header made its way into the back of the net.

Following his mistake, Bartra took it upon himself to get the equalizer and nearly succeeded in the 9th minute. The Spaniard went on a remarkable solo run from the centre of the pitch and once on the edge of the box, he unleashed a powerful strike that took a stunning stop from Diego Mariño to keep the score at 0-1.

For all their dominance, an equaliser was certainly on the cards, and it came via a sumptuous strike from Alexis Sánchez. With the Catalans on a quick break, Neymar Jr found himself essentially alone in his half. Galloping forward was Sánchez who, once with the ball at his feet, gave the keeper no chance as his scorcher from outside the box hit the roof of the net to restore parity in the match.

It was end to end stuff, and a lack of defensive clarity almost got Valladolid back in the lead. Julián Omar went on a solo run, lacerating the Blaugranas‘ defence with his quick feet. Having spotted Zakarya Bergdich pacing into the vacated space, he played a cutback into the Frenchman’s path, though to his dismay he failed to profit off of the occasion, as he guided his shot wide off the mark.

Neymar nearly got his side 2-1 up after a solo run, however, despite having cut open the Blanquivioletas’ defence, his 3ffort at goal went wide off the mark. Moments later in a similar sequence of events, the Brazilian thought he was tripped in the potty box, however, his claims for a spot-kick fell on deaf ears, as the referee waved play on.

The half ended with Barcelona firmly in control of proceedings, and if not for some poor luck in the final third, they easily could have gone into the break two goals to the good.

Given all their efforts in the first half, the Garnet and Blue were duly rewarded with a goal in the 52nd minute. Neymar was once again involved, as following yet another sensational dribble, the Barcelona number eleven found Christian Tello unmarked on the box’s width. The Spaniard made a one-time pass into the box for Xavi into the box, and the World Cup winner tapped the ball into the net to deservedly get Barcelona into the lead for the first time in the game.

Tello nearly made it three just five minutes later, however despite having caught the goalkeeper completely off-guard, his long-range effort bounced off the crossbar and was subsequently cleared by the visitors’ defence.

A third goal was soon on its way, and Neymar once again had his name written all over it. He tore Valladolid’s defence apart for the umpteenth time in the match, and having gotten rid of them, he played a through ball into Sánchez’ path, and the Chilean applied the finishing touch, guiding the ball past a rushing Mariño to make it 3-1.

It was due time for Neymar to get on the scoresheet himself. Barcelona played some of their trademark intricate passing, and at the end of the move Xavi had set up Sánchez for an easy tap in. Owing both his goals to the Brazilian, Sánchez laid the ball on a plate for Neymar, who cooly dispatched his shot and ended the scoring as Barcelona won by four goals to one.