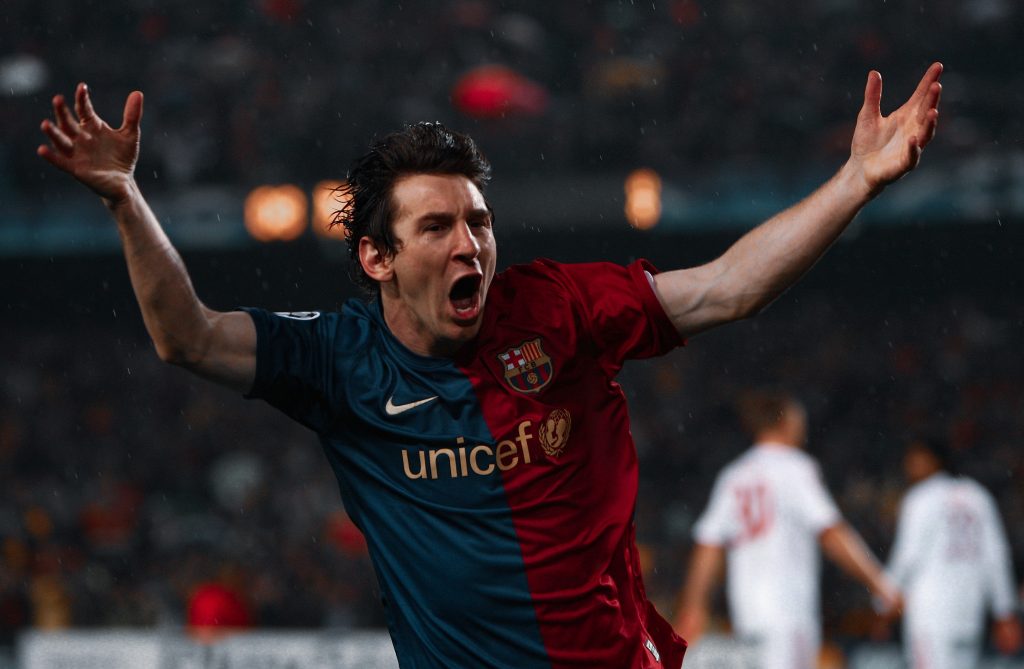 As Barcelona prepares to face Bayern Munich in their crucial tie in the Champions League quarter-finals, we reminisce the Catalans’ 4–0 thrashing of their Bavarian counterparts in this stage back in 2009.

The 3–0 win at the Camp Nou from Barcelona in their way to the 2015 Treble, or even the 7–0 aggregate loss two years earlier, may be fresher in the minds of fans ahead of Friday’s Champions League encounter between Barça and Bayern. Nonetheless, the Catalans obtained an equally memorable result to also come within touching distance of the semi-finals of the European competition back in the 2008/09 season. Barcelona went on to win the Champions League that term, which they look to replicate now in a new-look format of the tournament.

Pep Guardiola’s team hosted Jürgen Klinsmann’s Bayern at the Camp Nou in April 2009, in a clash that the locals won by 4–0 and was complemented by a 1–1 draw in the reverse fixture at the Allianz Arena. In that first leg, a picture perfect first half display put Barcelona one foot into the semi-finals thanks to goals from Thierry Henry, Samuel Eto’o and Lionel Messi as the blaugranas swept aside a helpless Bayern side.

An enthralling first half

Barcelona were in their stride almost immediately after kick off. Some crisp passing between Dani Alves, Xavi Hernández and Henry ended up with the latter rounding the keeper only to see his low driven shot saved off the line by a rushing Martín Demichilis. The save offered the Bavarians some breathing space but that air of calm soon dissipated.

From out wide, Henry played the ball to Andrés Iniesta in the half-space. The Spaniard found Eto’o on the edge of the penalty box and the Cameroonian turned the ball into Messi’s path. Cool as you like, the Argentinian rolled the ball into Hans-Jorg Butt’s bottom right-hand post to open the scoring.

Just three minutes later, the hosts doubled their lead and Iniesta, Messi and Eto’o had their names written all over it. From a counter-attack, the Barça number 8 played a pass to Messi in the wing. He then drifted inside, taking two defenders right along with him and in a true show of skill and precision, he lacerated the defence with a cheeky through ball and found Eto’o who, with all the space he could wish for, finished off the move with yet another shot into Butt’s bottom right corner.

The elated mood of the crowd was momentarily put to a halt as referee Howard Webb wrongfully carded Messi for a supposed dive in the penalty area. He subsequently sent Pep Guardiola to the stands for his continuous dissent. As soon as the ball got rolling, Barcelona continued to assert dominance. Iniesta dribbled past his opposite number and having left him on the ground, he played a defence splitting pass to Henry, who collided with the advancing keeper having dragged his shot wide. Messi almost got his second assist of the night just moments later. He went past Bastian Schweinsteiger and found himself in a congested area, though he somehow laid the ball off for Eto’o and, if not for a deflection, Barcelona could have easily been three goals to the good.

The third goal did come, though. In a quick burst of pace, Henry dashed past Masimo Oddo and on his weaker left foot, he played a low cross into Messi’s path and the Argentine slot the ball home for his second of the night and eighth in as many games.

Bayern had already suffered a 5–1 mauling at the hands of Wolfsburg in the weekend and would once again find themselves four goals down. Messi made an exchange of passes with Alves, then with Eto’o only for Nico Van Basten to make a crude challenge in an effort to stop him. The referee played advantage and rather than wait for a free-kick, Eto’o passed the ball into an unmarked Henry who, with the keeper rooted to the spot, opened his account for the night scoring a landmark 50th –– and final –– goal in the Champions League.

With the tie virtually done and dusted, the hosts conservatively dropped the tempo in the second period. Their first significant chance of the half came through Iniesta though despite some elegant footwork, his rising effort from near the penalty spot went just inches off the mark. Messi himself went close to sealing his hat-trick twice. First, having received a well timed crossfield pass from Gerard Piqué, Messi mustered up a fantastic shot that forced an equally brilliant save from Butt to keep it 4–0. His powerful strike was expertly tipped onto the crossbar. In the final minute of the game and having already beaten the keeper with his shot, Seydou Keita unintentionally kept Messi out.

All in all, it was a vintage performance from one of the greatest sides to ever grace a football pitch, and another step towards a season marked as historic with the club’s first treble ever.