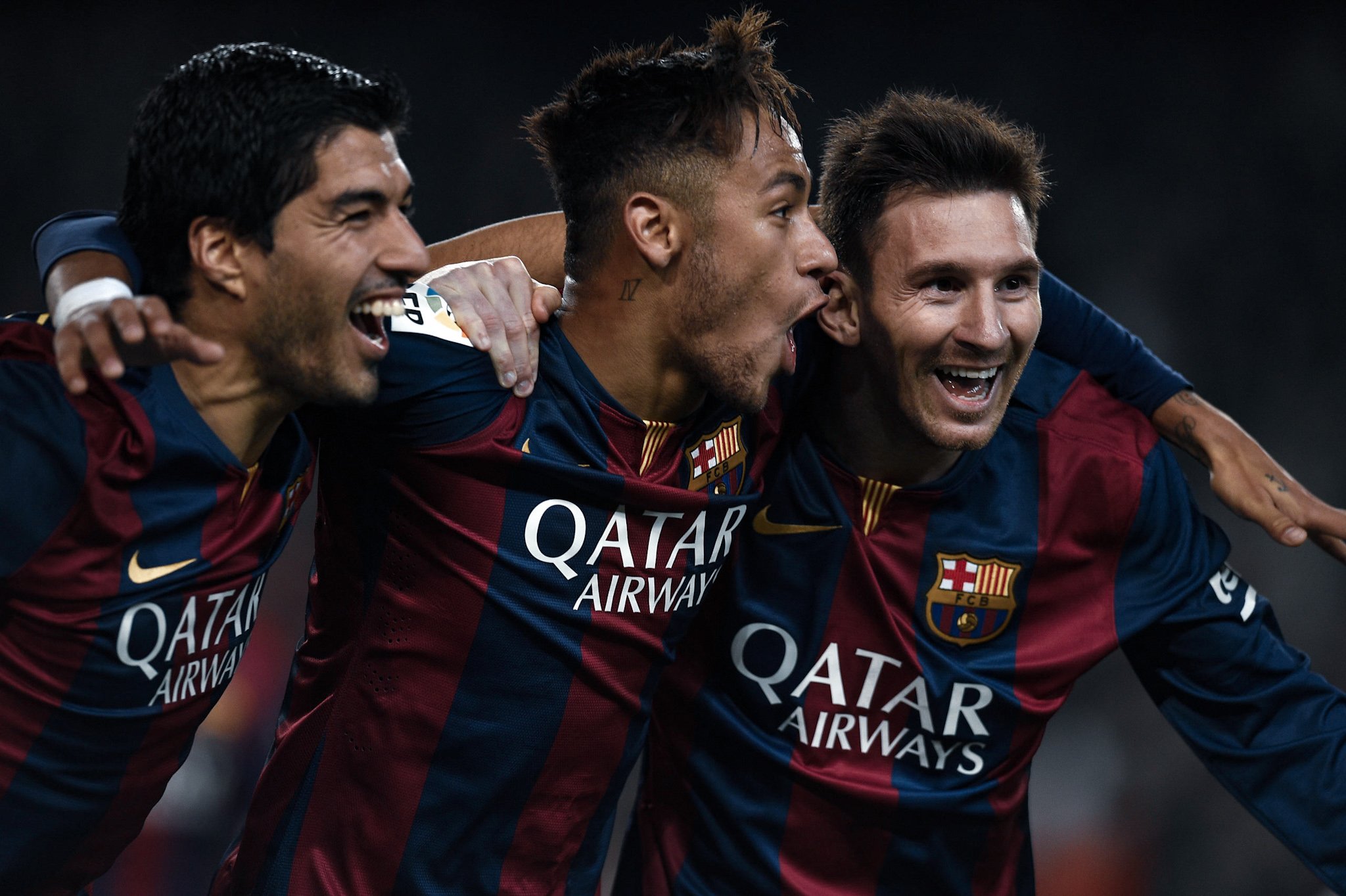 As Barcelona prepare to lock horns with Diego Simeone’s Atletico Madrid, we reminisce the birth of the legendary MSN in this episode of The Rewind.

On the final matchday of the previous campaign at the same venue, Los Rojiblancos clinched their first La Liga title of the 22nd century, albeit controversially. Lionel Messi’s late winner was wrongly called off for a false offside. This goal would not only have won Tata Martino’s men the match but also extended their defence of the title by another year.

Coming into this match, tensions were rising within the Catalan capital. Manager Luis Enriqué and chief marksman Messi were in the middle of an internal feud, or supposedly so. This civil crisis resulted in Messi being benched in midweek, only for him to skip a training session for a sudden illness.

The two settled their differences in time and thanks to some tactical ingenuity from one party and world-class football from the other, Barcelona earned themselves a valuable three points in a memorable 3-1 home victory thanks to goals from Messi, Luis Suárez and Neymar Jr.

If Barcelona intended to take revenge on their visitors for the events of yesteryear, then they got off to the best possible start. The move was started off by none other than Lionel Messi. From the edge of the box after receiving a pass from Dani Alves, the 28-year-old manoeuvred his way through the grey wall and from just around the byline, he made a cutback to Luis Suárez.

The Uruguayan’s poor control got the ball into Neymar’s path, and with the goalmouth gaping wide, he tapped the ball safely into the back of the net to open the scoring. It was surely not the most aesthetically pleasing goal, but a goal they needed and a goal it was.

It was one of those days where everything the team did led back to Leo. (Photo by Alex Caparros/Getty Images)

With the tides now in their favour, the hosts asserted complete dominance over their rivals. From the right flank and with acres of space begging to be exploited, Neymar Jr drifted inwards and played a pass to his striking counterpart Suárez. El Pistolero then laid the ball on a plate for Jordi Alba, though to his dismay his low driven shot was taken care of by Miguel Moyá.

Barcelona were taking it in their stride and the football was in full flow. Despite playing on the right flank, a position that was not all that familiar to him in recent years, Messi still ran the show. On a counter-attack, the Argentine cut Atleti’s defence wide open and found Suárez alone near the final third. He skipped past José Giménez and played a sumptuous cross into the penalty box for Neymar, but despite having only the keeper to beat, his header went marginally wide off the mark.

One of the most prevalent themes in Luis Enrique’s Barcelona was patience in persistence, and here it paid off once more. Following a switch into Messi’s path on the centre of the pitch, his delicate control off his chest — or perhaps his upper arm — set him loose, granting him the necessary space to wreak havoc on the defending champions’ defence for the umpteenth time in the match.

He then lacerated their backline with a through ball and found Suárez, who needed only tap the ball into the back of the net to double their lead. Scruples were rising about his suitability in the system but his goal — and performance as a whole — cleared them all.

Suarez had started to find his feet at Barcelona, and boy would he last. (Photo by Alex Caparros/Getty Images)

The Blaugrana went into the break not only in the lead but also by far the superior side in the encounter. Atletico were second best in every aspect of the game, and they needed a much better second half to overcome this Barça side.

Throughout the first half, Barça’s intricate passing was too much for the defending champions to handle, and the same script played itself out in the beginning second half.

Moyà had one of his toughest matches as a goalkeeper as he found himself on the wrong side of an avalanche of shots from Messi. He blocked one as the Argentine attempted to nutmeg him from the near post, he then had another curler go just marginally wide off the mark and from a shot completely atypical of the Argentine, he had his header miss the target too.

For all his wonderful efforts, Messi was unable to find the net early on in the second 45. (Photo by JOSEP LAGO/AFP)

Inspite of all the dominance they had imposed since the resumption of play, Barcelona found themselves on the back-foot just ten minutes into the second half. Throughout the first half, Messi had been nothing but a thorn in right back Jesús Gámez’ sight. With the roles reversed, the then four-time Ballon D’or winner conceded a penalty.

Mario Mandzukić stepped up to take the penalty, and a dejected Messi stared him down with his hands on his hips. Ninety thousand whistles sounded in an effort to intimidate the Croat, but he took one deep breath, gave Claudio Bravo the eyes and slotted the ball into the back of the net to halve the deficit.

The goal gave Atleti the breath of life they so desperately longed for. With the possibility of creating yet another upset on the horizon, Atleti flipped the game completely on its head. They had chances in quick succession from Mandzukić, Fernando Torres and Arda Turan, however none of them bore fruit.

In such dire circumstances, Barcelona were in desperate need of saving and perhaps only one person could save them. Having had one of his most dominant displays yet, all that remained for Lionel Messi to do was hit the back of the net. Suarez played a crossfield pass into the Argentine’s path at the edge of the box. He played a quick one-two with Iván Rakitić, found himself one on one with the goalkeeper and slot the ball into the back of the net to seal the three points.

The dawn of a spectacular era. (Photo by JOSEP LAGO/AFP)

What followed was quite an iconic celebration that, to this day brings chills down the spines of Culés everywhere. It was the birth of arguably the greatest attacking trio in the history of football.