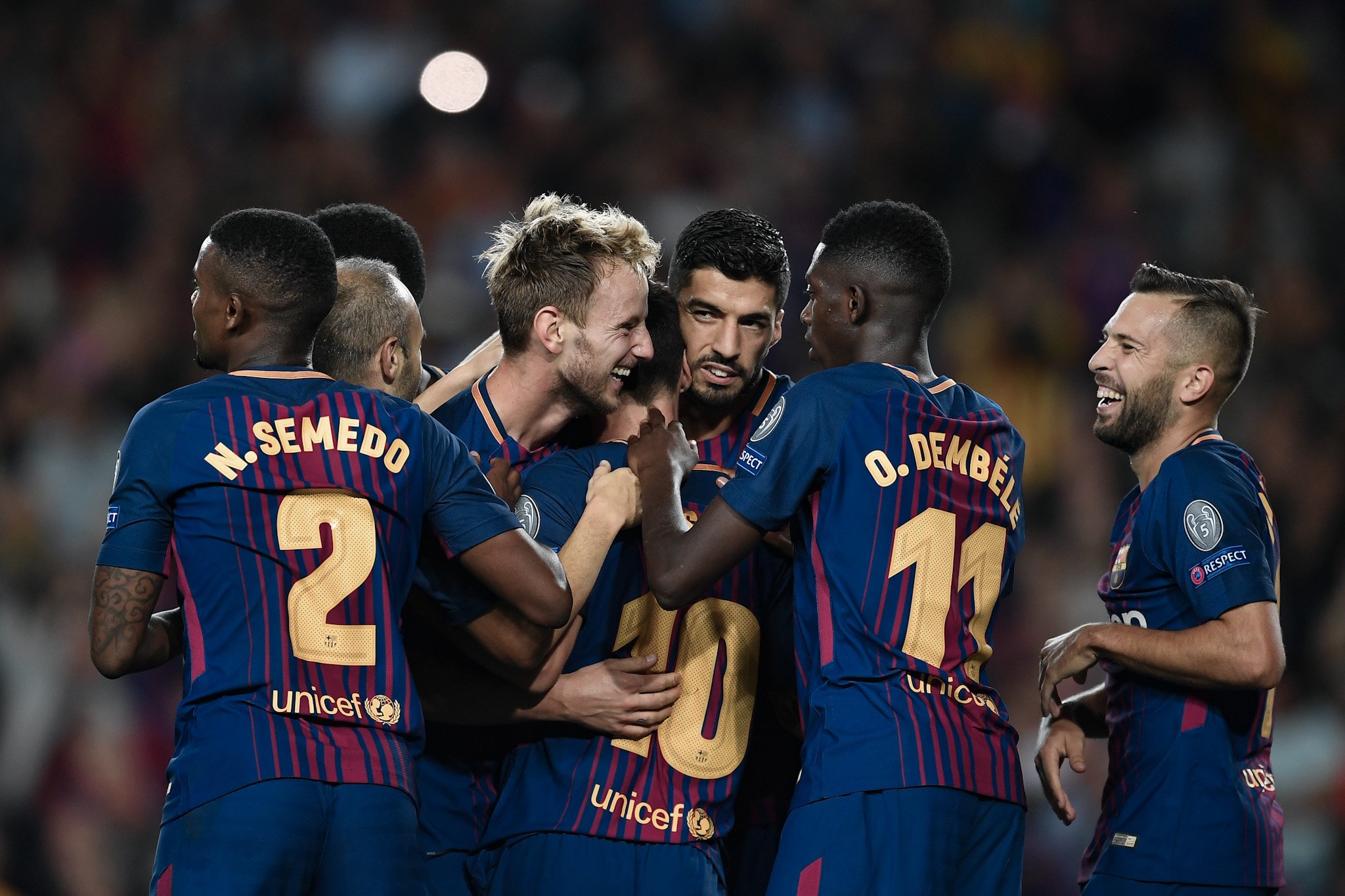 As Barcelona prepare for their trip to Turin to lock horns with Serie A champions Juventus, join us as we reminisce the Catalans’ 3–0 thumping of the Bianconneri in the Champions League group stage from the 2017/18 season.

While the 3-1 win to in 2015 to clinch the club’s second treble or the 0-3 loss at Turin in the quarter-finals have had a more profound impact in the minds of the fans, Barcelona obtained a memorable result in 2017 to kick off the group stage in style. Barça didn’t go as far as they had intended that season as they suffered a comeback humiliation at the hands of Roma, but they did go on to reclaim La Liga from the European champions as well as defend their Copa del Rey crown.

Ernesto Valverde’s Barcelona welcomed Massimiliano Allegri’s Juventus to the Camp Nou in September of 2017. The game ended with the hosts winning by 3–0, exacting revenge on Juventus for the 0-3 mauling they’d suffered just four months prior. An action packed first half followed by an even more enthralling second saw the hosts sweep their visitors aside with a goal by Iván Rakitić sandwiched between a Lionel Messi brace.

If Barcelona’s intention was to assert dominance in front of the ninety thousand in attendance from the very beginning, then it’s safe to say that they failed in that regard. Juventus were in full control of the match for around 20 minutes, and their first significant chance of the game came through Mattia De Sciglio. From just outside the penalty box, the Italian whipped up a shot that went marginally wide off Marc André ter Stegen’s goal.

The Blaugrana thought they had a penalty when Andrea Barzagli fouled Busquets in the penalty area. The hosts’ protests had them distracted and their offensive approach to the game left them thin at the back. On the subsequent country attack, Paulo Dybala got into a footrace with Nélson Semedo but to his dismay the Portuguese dragged him far enough for his eventual shot not to have any danger behind it.

Thanks to Iniesta’s fancy footwork, Barcelona earned themselves a free kick just outside the box in ‘Messi territory’. The Argentine was banking on the wall to jump and thus drove his shot low, only for the one player left standing to intercept it. The follow up from Suárez forced Gigi Buffon into an excellent fingertip save.

It was an action packed match with chances flowing left right and center as the desperation to find an opener left both sides’ defences wide open. Rodrigo Bentancur and Gonzalo Higuain had theirs blocked and saved in quick succession while on the other end, a mistake from De Sciglio got the ball to newly signed Ousmane Dembélé, whose big chance was well intercepted by Lobo Silba to keep the score at 0-0.

In a match of this magnitude, perhaps only one man could find the breakthrough. From outside the penalty area, Lionel Messi played a quick one-two with his striking partner Suárez. The Uruguayan set up the shot on a plate and in a true testament to his quality, the Argentine took a strike so perfect that Buffon and his back line could only watch as it rolled gracefully into the bottom right corner. It was his first ever goal against the Italian legend and what a goal it was!

Juventus started the second period just as they did the first. Matuidi played a low cross into the penalty area which was intercepted by Gerard Piqué, but the subsequent shot from Dybala went agonizingly over the bar. From the same range as he scored in the first half, Lionel Messi struck a  fierce shot into the bottom right corner but it bounced off the frame of the post, onto Buffon and fortunately for the goalkeeper, out for a corner kick.

Having scored the first, Messi played a large part in creating the second. He covered a quarter of the length of the pitch and once in the box, he tried to score with his right foot. Despite the shot not packing much of a threat, Matuidi made a mess of the situation, kicking the ball into Rakitić’s path only for him to apply the finishing touch, driving the post over the Frenchman and into the back of the net.

With the tempo rising, so did the number of fouls and thus cards the referee was handing out. Barzagli simply wasn’t having his day and his poor positioning let Dembélé loose, a decision whose price he paid for with a yellow card following his rough challenge. Messi’s subsequent curler via a free kick was calmly palmed away by the goalkeeper. Jordi Alba then tried to set Suárez up for a shot but his volleyed effort went just over the bar.

As William Shakespeare once said, cometh the hour, cometh the man. The hosts were on a mission for redemption and who else to seal the victory but their chief talisman and golden boot winner, Lionel Messi. The Argentine maestro leapt past two defenders and struck the ball firmly past a helpless Buffon.

Suárez thought he had put the game beyond all doubt when he put the ball past Buffon for their fourth of the tie only to see himself flagged for offside. From then on the hosts reverted to their more pragmatic style of play, forcing the Bianconneri into weak long range shots that barely posed their keeper any threat.

It wasn’t the most aesthetically pleasing match of all time, but at least the Blaugrana made amends for the pummeling they suffered by giving their home fans something to cheer about.