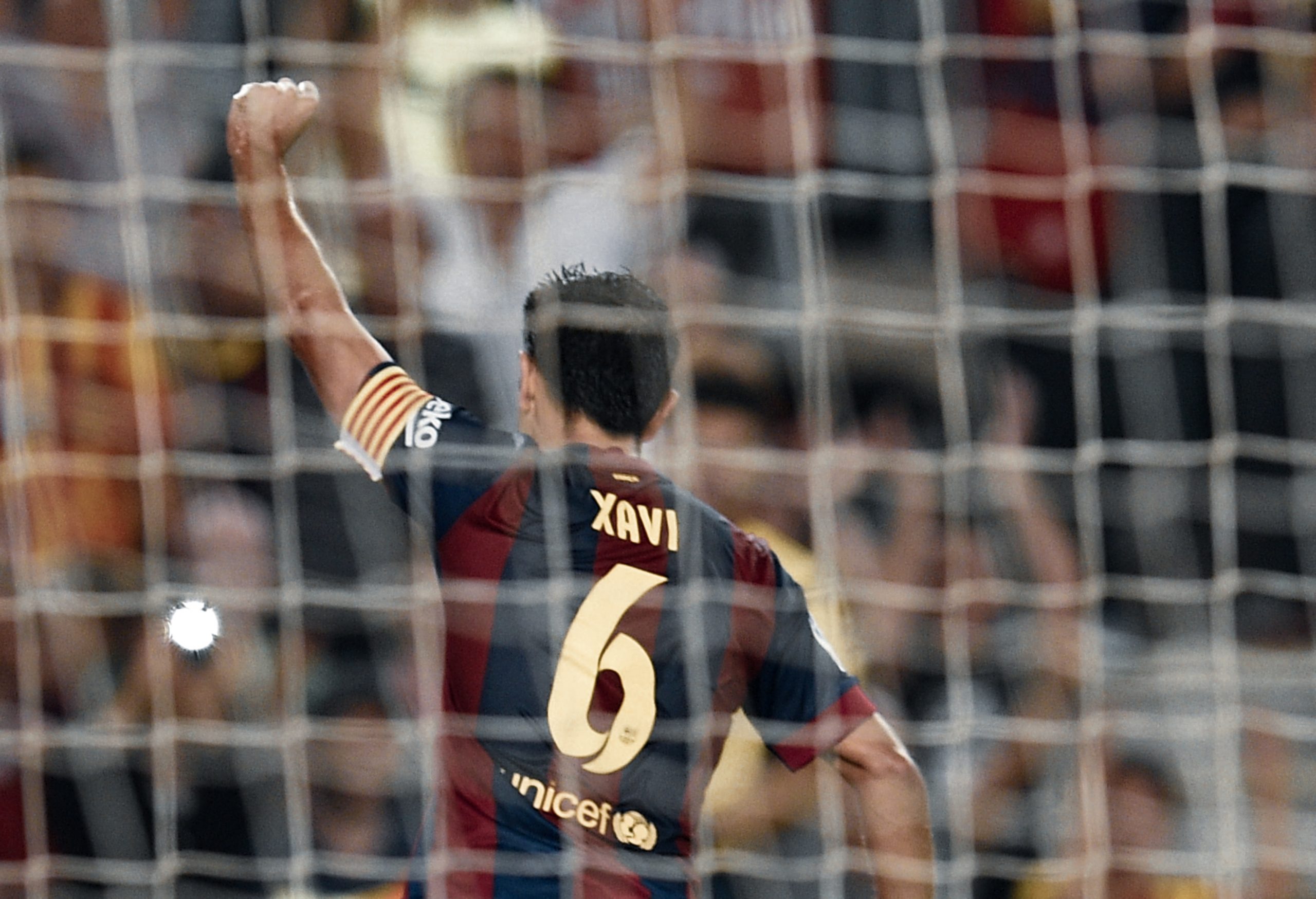 As Barcelona prepare to face Jose Luis Mendillibar’s SD Eibar, join us as we reminisce the Catalans’ 3-0 victory over their Basque counterparts on their debut La Liga season in this episode of The Rewind.

Despite being under new management, Fútbol Club Barcelona were enjoying one of their best starts ever to a La Liga season. By matchday seven Luis Enriqué had taken the Catalans to fourth on the league table, with 19 points from a possible 21, and were up against a new face in the Primera División, Gaizka Garitano’s Eibar.

La Liga’s self-named “bravest club” had enjoyed a relatively good start to life in the first division, standing tenth on the log and with ten points ahead of their trip to Catalunya. The odds were very much against their favour, and they succumbed to a 3-0 loss in the iconic Camp Nou thanks to goals from Lionel Messi, Neymar Jr, and Xavi Hernández.

Lionel Messi and Dani Alves kicked things off in another picture-perfect show of their telepathic synchronisation. The two combined seamlessly just outside the box, with the Brazilian lacerating Eibar’s five-man backline with a through ball and found Messi, whose shot was cleverly stopped by Xabi Irureta.

The Argentine nearly got on the scoresheet just moments later, however, despite the quick passing between himself and Xavi, his curling effort went centimetres wide off the mark.

He then turned creator soon after, although, to his dismay, his cross glanced just over an onrushing Neymar’s head as it went out for a goal kick. On the other end, given Dani Alves’ offensive nature, Eibar exploited the spaces in behind through Ander Capa, though despite having gone past Claudio Bravo and with the goalmouth gaping wide, his shot went only as far as the side netting.

Desperation crept in, however it did barely anything to waver the hosts’ composure. Akin to a surgeon with his scalpel, they carefully dissected Eibar’s tight-knit defence with a passing phase reminiscent of the Barca of old, however despite their efforts, they simply could not open the scoring as Xavi’s low driven effort was met with an equally brilliant save by Irureta.

Pedro Rodríguez attempted a cross into the 18-yard box into Messi, but despite making appropriate contact, the ball fell right into the goalkeeper’s grateful arms. On the break, a slight miscommunication between Dani Alves and Gerard Piqué left Saúl Berrjón one on one with Bravo, however, intending to maintain his spotless record in goal, the Chilean made a fantastic block to keep the scores level heading into the break.

Going into half-time Barça were by far the superior side, although despite the rarity in their chances, Eibar produced the more clear-cut opportunities of the game.

Following Sergi Roberto’s injury right at the start of the second period, Luis Enriqué brought on Andrés Iniesta, and from then on, the game took a whole new dimension. His first involvement in the game — indirectly — led to Barça’s opener.

Having combined well with Xavi on the edge of the box, Barça’s outgoing legend played a pass and go with Messi, who instinctively threaded the ball like a string through the eye of a needle past the deep block to Xavi, who then chipped the ball into the back of the net to make it 1-0. It was the Argentine’s seventh assist in eight matches, and what a pass it was!

Iniesta then played one of his trademark long balls into Pedro, however, his miscontrol tightened the angle of the shot, and Irureta was on hand to make a comfortable save. Moments later Messi sought after his opener brilliantly, only to essentially caging himself into a space smaller than a telephone box, forcing his goalbound effort only as far as the side netting.

Having scored a whopping four goals against Japan during the international break, Neymar got his fifth goal of the week. Following Dani Alves’ sumptuous cross into the box, his compatriot let out a sumptuous volley which, despite Irureta’s best efforts, was too hot to handle. The goal was enough to put the game beyond a struggling Eibar’s reach, and their golden boy would put the final nail in the coffin just two minutes later.

For all his efforts, Messi finally got the goal he so richly deserved just over halfway into the second half with one of his trademark finishes. Midway into Eibar’s territory, he went head to head with their defenders, eventually finding Neymar lying in wait on the edge of the box. The Brazilian then laid the ball on a plate for his South American counterpart, who firmly struck the ball into the back of the net to kill off the game. All hits, no misses for the Messi – Neymar duo.

It was his 250th goal in the Spanish top flight, and what a moment to score it! With the Clásico just a week away, this goal left him with only two to equal Telmo Zarra as La Liga’s all time top goalscorer, at just 27 years of age, and with a chance to rub salt into his fierce enemies’ wounds in the Bernabeu no less.

The victory took Barca to first on the log, earning Claudio Bravo his eighth successive clean sheet and leaving Barca without having conceded a goal to any opposition for twelve successive hours in the domestic league.

Barcelona will be hoping to replicate this performance as they host Eibar tomorrow in the hope of continuing on the winning path.