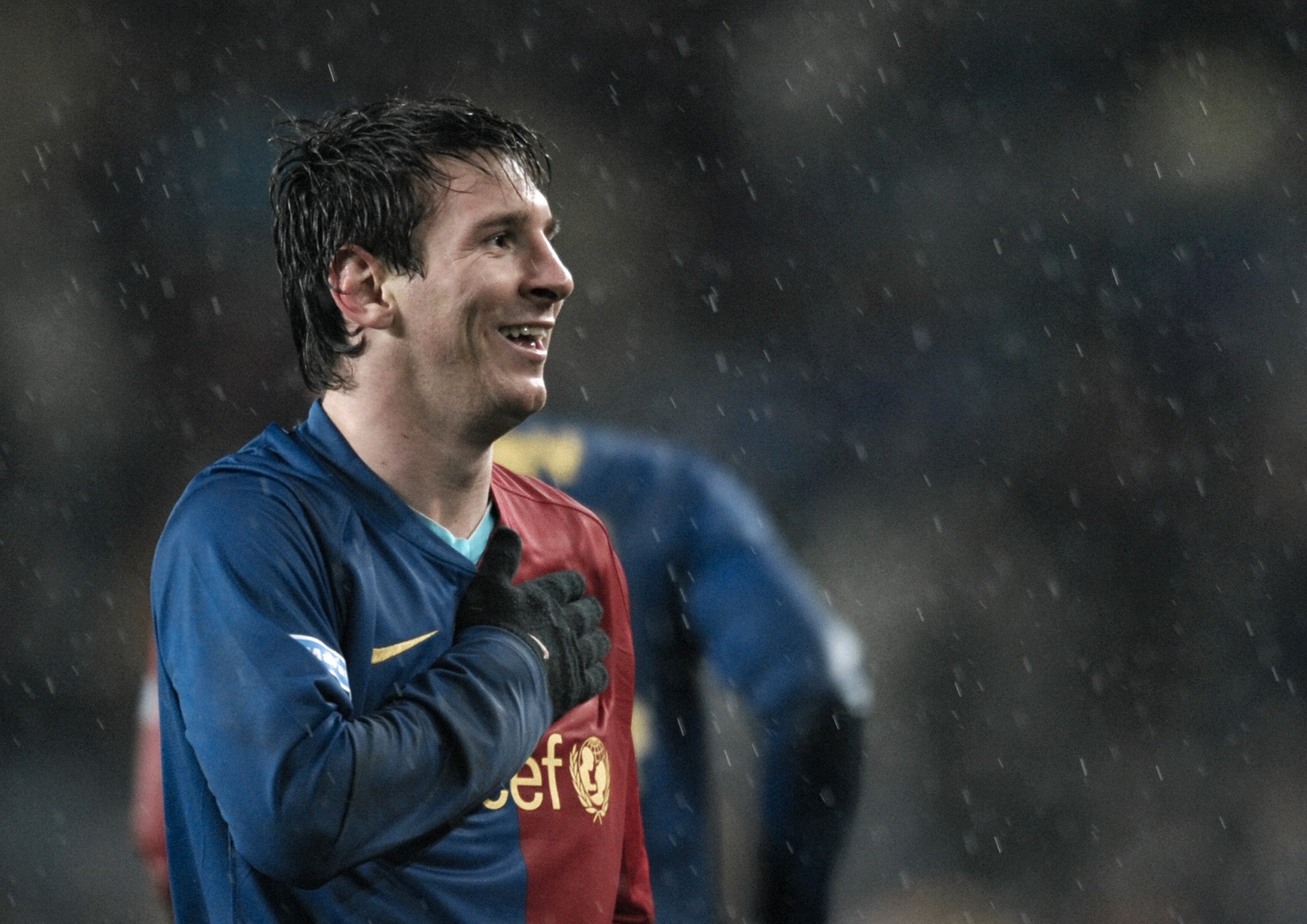 As Barcelona ready themselves to host Real Madrid in the latest edition of El Clasico, we take a trip down memory lane to the Catalans’ 2-0 victory over their arch-rivals from the 2008-09 season.

Pep Guardiola had a tough start to life as Barcelona manager. In his first match at the helm of the club, his team lost by a goal to nil at Numancia then drew against Sporting Gijon in front of their home crowd. Despite such a rocky start to his managerial career, Pep managed to guide his side to an eleven game unbeaten run heading into this Clasico; a run which included wins against city rivals Espanyol, Sevilla, Villarreal, Valencia and a thumping 6-1 victory over los Rojiblancos in the Nou Camp.

Their rivals meanwhile had by then played fourteen matches and suffered four defeats. Their woeful run of form led to the sacking Bernd Schuster and replacing him with Juande Ramos mere days before the biggest match of the season. As defending league champions, the prospect of emerging victorious wasn’t that farfetched. They boasted the likes of team captain Raul Gonzalez, Gonzalo Higuain, Arjen Robben, and Iker Casillas in their ranks as well as a 3-0 victory in the reverse fixture a season prior.

Juande Ramos’ men were out for bragging rights but Lionel Messi and Samuel Eto’o had other ideas.

The hosts asserted dominance almost immediately after the whistle was blown. From the right flank, Messi drifted in towards the halfspace and with his marker ready to jockey him, he made a sharp swerve into the free space gifted to him and unleashed a shot on his weak foot which was palmed away by Iker Casillas. Thierry Henry took a shot of his own from roughly 25 yards but it failed to cause the keeper any problems as it went wide off the mark.

On the other end, Royston Drenthe played a cross into the penalty box and Wesley Schneider had his subsequent header parried away by Victor Valdes. Just when Barca thought they had their house in order, Los Blancos caught them offguard. On the counter attack, Drenthe skipped past Dani Alves, leaving the Brazilian sat on the ground and himself one on one with the keeper. He had the time and space to conjure up a shot but his low driven effort was rather easily saved by the advancing keeper.

Barcelona ended the half having enjoyed the better of the chances but without anything to show for it come half time.

The second period began the same way as the first; with Barcelona controlling proceedings right from the get-go. Lionel Messi was once again the catalyst for this attack. He started things off from the right flank and once in the penalty box, he played a cross into his Cameroonian striking counterpart. Eto’o was clearly outnumbered but despite this he still got a good connection with the ball and forced yet another fine save from Casillas.

The visitors’ defense was at sixes and sevens but to the Blaugranas’ dismay, every defensive mishap from the men in white was met with a staggeringly brilliant save from their goalkeeper. Barcelona thought they finally found a way past his seemingly impenetrable wall when they earned a penalty for Salgado’s foul but for the umpteenth time, San Iker was on hand to save his team. Eto’o’s penalty, while well struck, was at just the right height for him to record yet another astonishing save. As if Casillas hadn’t done enough already, he continued his goalkeeping exploits, making a double save from a scorcher from 20 yards and the follow up from Messi just a meter from him.

Barcelona’s goal was long overdue and despite its lack of beauty, the fans were contented; they were a goal up and in a match of this scale, nothing else mattered. Captain Puyol headed down Xavi’s corner and even though Casillas was quick to pounce on it, Eto’o was simply quicker. He tapped the ball in and celebrated as if he’d won them the league. All hope was lost for Real Madrid in the 89th minute of the match. Their desperation to get an equalizer left them shallow at the back.
From a counter attack, Xavi played a pass from his half and into Henry’s path. The Frenchman saw Messi’s darting run forward and passed the ball into the vacated space. The Argentine then made a delicate chip over Casillas and despite his best effort, Cannavaro simply couldn’t clear the ball off the line in time. Just like Eto’o before him, Messi took off his shirt and celebrated with the rest of the dugout what was a well deserved win.

On any other day, this would have been a landslide victory for Barcelona but Casillas dropped what was for many one of the greatest displays of goalkeeping, and this too on the biggest of stages.