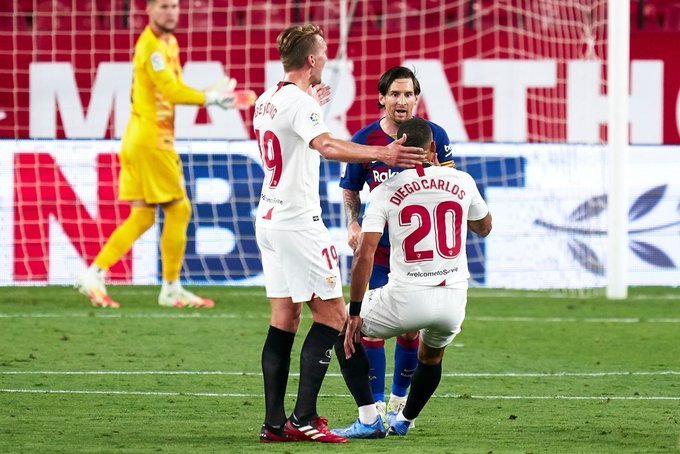 Lionel Messi got furious right before the first-half break in the away game against Sevilla and pushed defender Diego Carlos on the ground after the player fouled his team-mate, Luis Suarez.

The scenes have been shown multiple times, but what’s left unnoticed is the fact that Diego Carlos has toned horrendous behavior earlier on. The Sevilla defender has not only fouled many of the Blaugrana earlier in the game as well but also the Barcelona icon himself, with a harsh direct kick, which seemed very intended.

After this, Lionel Messi couldn’t stop himself from ‘serving justice’ in his very own way. Messi was lucky not to get a yellow card after the push.