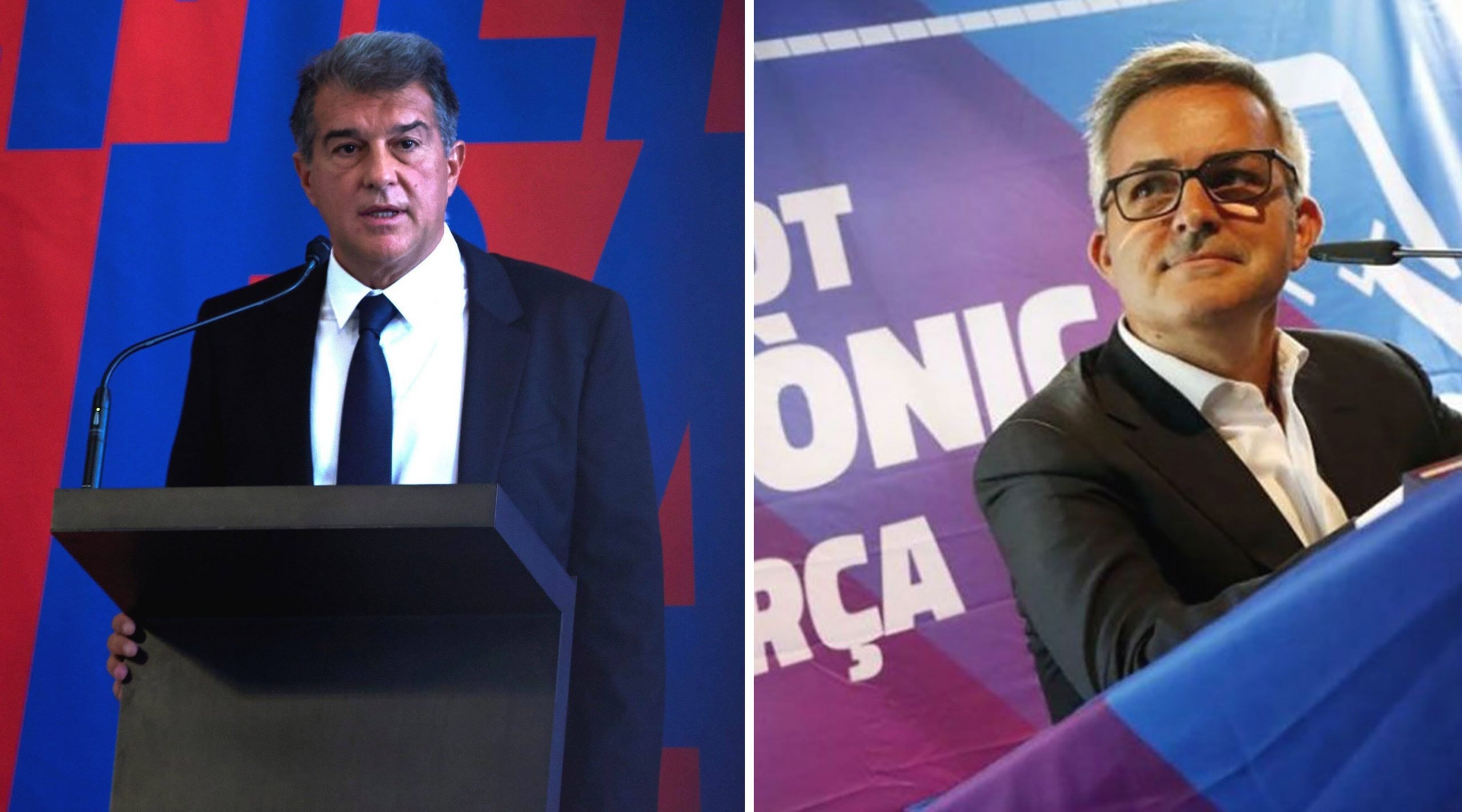 It’s almost time now. In January, Barcelona will welcome their brand new president following Josep Maria Bartomeu’s ‘banishment’ from the club. At the moment, we still don’t know who will be the chosen one to lead the Catalan giants into a better future but the media and fans have practically narrowed it down to two big names — Victor Font and Joan Laporta.

Both men are already quite famous and popular among their respective fan groups, and the race between them could still go either way. But of course, despite Font and Laporta preaching the same thing — the well-being and prosperity of the club – they seem to have different approaches to business, the players and their general way of doing things.

That is not to say that one is necessarily better than the other, albeit most would surely agree with that sentiment, but we can confidently state Barcelona could go in two similar but also very different paths forward.

It goes without saying that Victor Font is certainly head and shoulders above the rest of the presidential candidates, with the exception of Laporta himself. However, this comes as a direct result of his hard work and campaigning.

His ‘Sí al futur’ project, literally meaning ‘Yes to the future’ in Catalan, focuses on the future of the club after the departure of Lionel Messi. Of course, Font would still like to present his sporting idea to the Argentine in hopes of convincing him to stay but also knows Leo won’t be around for too long even if he decides against leaving Barcelona in January or the summer.

For that reason, Font’s coalition preaches the return to the basics — Barcelona were built on the foundation known as La Masia and for them to be on top of the mountain once again, they have to return to that very same model. This could indeed mean that the Philippe Coutinhos, Antoine Griezmanns and Ousmane Dembélés – read Galactico signings that break the bank – could be a thing of the past.

One other crucial aspect of Font’s project is Xavi Hernández. If he wins the election, the former midfielder may very well be instantly brought back to coach the first team. Of course, Ronald Koeman’s performances may play a slight role in that, potentially delaying it if the Dutchman does extremely well, but Xavi will sooner or later sit at the helm of the squad.

There are a couple of other novelties Font plans on introducing like a brand new business and governance model or the electronic voting system, but this is his project in a nutshell.

Some love his approach while some may say there are certainly holes in it. Both, of course, could very well be right but we won’t know for sure until and if he’s elected in January.

Laporta’s vision for the club

As opposed to his direct rival in the race, Joan Laporta has held his card close to the chest, quite literally. As of right now, the former Barcelona president hasn’t exactly revealed much of his idea, for the future and that might be a worrying sign for the potential voters. In fact, Laporta officially announced his decision to run for Presidency no later than today itself.

While Font has been hard at work to convince people he is the right man for the job, Laporta seems to be banking on his relationship with some of the key players in the dressing room and his past success as the club’s president.

No one needs reminding of the success he’s had back in the day, from backing Pep Guardiola as he rose through the ranks to essentially building the world’s best footballing team to date, Laporta’s CV is as impressive as they come.

Of course, while the past must not and will not be forgotten, it’s still only that — the past. If Laporta is to have a real fighting chance, he will likely need more than nostalgia and good faith. People need actions and solid ones at that. So far, we know the former president has looked into the club’s financial situation carefully and is working on a plan to get them out of the gutters.

He refused to comment on potential signings but seems to believe convincing Messi to stay is a crucial part of his project. In addition to that, every player will be welcome at the club as long as he’s dedicated to the badge and plays with passion and commitment – this could be a big difference between his and Font’s approach.

Even though neither of the candidates can guarantee one or the other course of action, the potential return of Neymar is what interests many of the fans. If their respective words are anything to go by, the Brazilian would be welcome in Laporta’s but absolutely crossed out in Font’s project.

Other than that, Laporta also believes in restoring La Masia to its glory days and making Barcelona the footballing giants they once were. Finally, the head coach position is also a highly debatable matter.

Laporta doesn’t hide his affection for Pep Guardiola as he firmly believes the club can win with him at the helm once again. At the same time, there is a feeling Koeman could potentially last longer under him than Font as Laporta is not as adamant on immediately bringing in Xavi as his counterpart might be.

Whoever ends up winning, one thing is for sure — changes are coming. There’s no escaping from it, for better or worse, Barcelona might be drastically different from January onward. Many would say that’s a welcoming sight after last board’s disastrous job, but we shouldn’t start celebrating just yet.

There is still a long way to go for the club to rise from the ashes. But at the same time, change is vital for the Azulgrana to move forward into a better future.

For that reason, and considering how difficult 2020 was, January can’t come soon enough.