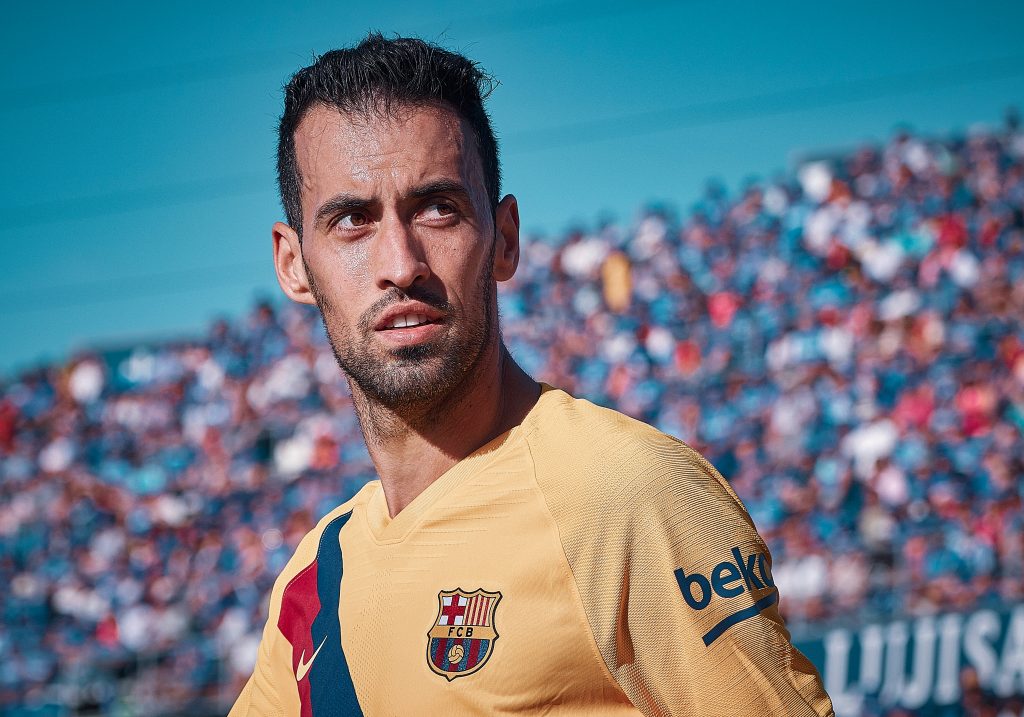 The quality and importance of Sergio Busquets have never been doubted by those who truly watch Barcelona play, but stats show that he has had an overlooked resurgence to take his game to an even higher level this season.

Sergio Busquets will surely go down as one of the most misunderstood players of this generation. This is largely because his impact isn’t as flashy or as easily-measurable as that of other players. For instance, if a forward scores multiple goals, he most likely played well and will get credit. But for Busquets, one has to look deeper into the match. This is also true when analysing players across multiple seasons. If a forward doubles his scoring tally, it is easy to see that he improved.

It isn’t that simple for Busquets, and this is where the underlying stats come in. Of course, his quality can’t be fully measured numerically. There is no metric for his supreme intelligence and positioning, but the data available can still reveal the trends of his overall performance. This data clearly shows improvement from last season to this season.

As the deepest midfielder in Barcelona’s team, Sergio Busquets has always had high defensive responsibility. This isn’t the strength of his game, and he has never been someone who racks up defensive numbers, but his stats do show a significant contribution.

Note: All stats are per 90 minutes and from FB Reference or Statsbomb. Light green shows in which of the two seasons Busquets had the highest of that stat. Dark green shows the highest overall, including the ‘Under Setién’ matches

At first glance, it would appear that the defensive numbers of Busquets have dropped off this season. He did achieve a higher tally in 2018/19 for four of these stats, but looking deeper into them actually shows improvement. Clearly, he has pressured opposition players on the ball less this season. In fact, his total pressures per 90 minutes dropped by 7 from the 2018/19 campaign to 2019/20. This is significant, but maybe not a bad thing.

Despite applying pressure on the ball carrier much more in 2018/19, the tackle numbers of Busquets are actually higher for the 2019/20 season. His attacking third tackles have dropped, and continued to drop since Quique Setién‘s arrival in January, but Busquets is not a player who should really be defending that high up the pitch anyways. When looking at his tackles in the middle and defensive thirds, they both follow the trend of increasing for this current season, and then getting even better under Setién. Overall, Busquets is making 0.45 more tackles per 90 this season, even with the fewer pressures.

These defensive metrics also seem to point to improvement. Yes, there has been a slight decrease in his interceptions, but 1.65 per 90 still leads the Barcelona squad for all players who have played at least half the available minutes this season. His 2.55 tackles per 90 in which Barcelona end up winning possession are also the highest in the team, and it is 0.66 higher than his previous tally. Sergio has even managed to improve that further in the matches he has played under Setién.

Once again, the pressures of Busquets seem to be the one area where he had a significant drop off. His rate of pressures in which Barça gained possession within five seconds dropped by 3.2% from last season to this season. Although, it does appear that the arrival of Quique Setién has fixed this issue. In his matches under Setién, the pressures of Busquets have been successful 8.19% more often than for this La Liga season as a whole.

One of the most remarkable statistics possessed by the Barcelona pivot is his rate of tackling dribblers. This season, that rate has risen by 17.1%. Busquets has also somehow been able to improve that rate once again since Quique’s appointment. For perspective, Busquets’ rate of tackling 68.75% of dribblers he faced so far under Setién would rank third in La Liga this campaign.

Busquets is one of the most important players when Barcelona have the ball. As the pivot, he drops deep and uses his brilliant vision and intelligence to move the ball forward. He has always excelled at this, and the stats show he has gotten even better.

The small decrease in his pass completion rate is definitely nothing to worry about. He still ranks within the top ten of all La Liga players this season, and it is completely understandable when one realises how much more he is doing with his passes.

The total progressive distance of Busquets’ passes – the combined distance they travel towards the opposition goal – has seen a drastic increase. This season, his passes progress 50.1 yards more per 90 than they did last season. Under Quique Setién, this distance has risen over 40 additional yards. With this in mind, it should be no surprise that the number of progressive passes he makes has increased this season, and again since Setién arrived.

One would be surprised to find that Busquets, now 31 years old, is also carrying the ball further towards the opposition goal. Nonetheless, in 2018/19 the progressive distance of his carries was 116.7 yards per 90. This season that has risen to 123.9 yards, and in the matches with Setién in charge he is averaging 153.58 yards per 90.

Busquets has always had great technique and control on the ball, but is not the type of player who dribbles past defenders often. Despite this, his dribbling statistics show efficiency and improvement.

Although he will never be attempting many dribbles each match, Busquets has become significantly more active beating opposition players with the ball at his feet. This season, he is attempting 0.25 more dribbles per 90, and succeeding in 0.24 more of them per 90. In spite of this increase in volume, the already-excellent success rate of Busquets has managed to get even higher. That 84.2% ranks him seventh in La Liga for qualifying players. In his minutes under Quique Setién, Busquets’ dribbles attempted and succeeded have fallen off very slightly compared to this season as a whole. However, the significant improvement compared to 2018/19 has continued.

Due to his role as the pivot, Busquets doesn’t provide much flare in the advanced areas. Although, his influence when Barcelona are going forward still shows up in his numbers.

Note: A shot creating action is one of the two offensive actions leading directly to a shot. These could be passes, dribbles or fouls drawn

Once again, improvement across the board from last season to this season. His shots on target per 90, through balls per 90, passes into the opponent’s penalty area per 90, and key passes per 90 have all at least doubled from last campaign. He particularly excels when it comes to passes into the final third. His 8.3 per 90 lead all Barcelona footballers this season, and have him ranked fourth in La Liga.

Last and perhaps least importantly, but interesting nonetheless, is the end product of Busquets. Obviously, the Catalan has never stood out due to his goal and assist numbers, and that definitely isn’t his role. He has made a significant jump in these numbers though.

Note: The ‘x’ in xGoals and xAssists stands for expected. This takes into account the probability of all the chances Busquets receives and creates resulting in a goal, based on factors like the location of the shot or the type of pass

Each of these metrics are at least three times greater for Busquets this season than they were last season. Additionally, when comparing this season as a whole to just the matches under Quique Setién, only his assists per 90 has dropped since the new manager arrived. While he is yet to register his first assist under Setién, it should only be a matter of time, as his expected assists per 90 have continued on the same improved pace.

While stats can’t show the true genius of Busquets, they can clearly paint the picture that his performance has improved this season. One key to this resurgence could be the fact that he is conserving energy by pressuring less. As mentioned earlier, this season he is making 7 fewer pressures per 90 than last season. Even with this drop, only Arturo Vidal makes more pressures than Busquets in the Barça squad, but this extra bit of energy saved seems to be doing him the world of good.

Outside of his pressure stats, Busquets has only seen slight decreases in his pass completion rate and interceptions per 90, which are still at a very high level. Every other metric discussed in this article has improved from last course, showing advancement in all aspects of the game.

It must also be pointed out that a large portion of Busquets’ stats have shown further increases in the matches under Quique Setién when compared to this season as a whole. He has only played 7 full matches for the new manager, and another in which he was substituted off after 58 minutes. While the sample size is small, the signs are certainly promising. This is especially true in terms of the ball progression of Busquets, which is perhaps the most important part of his game and where his numbers have skyrocketed under the new manager. Hopefully, Sergio Busquets is able to continue to perform better under a less-pragmatic coach, and is able to preserve his body and energy to prolong his career for many more years.