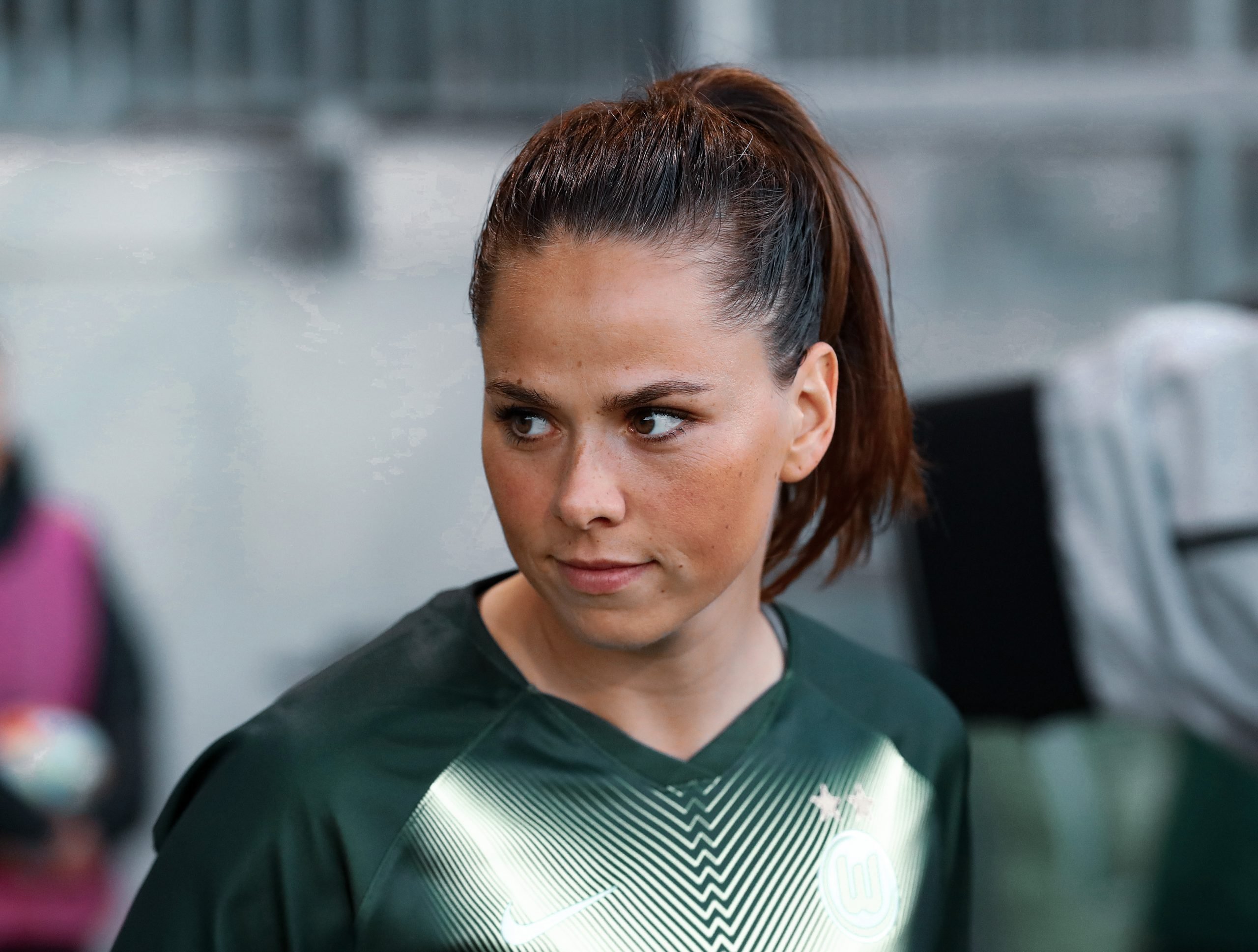 In spite of the break forced by the coronavirus, Barcelona has already started planning its squad for the next season. In this article, we analyse the potential transfers, signings and arrivals of Barça Femení.

Transfer rumours never die. It caters to the women’s team as well. Being a football fan involves talking incessantly during the summer months about players their favourite club might sign. It is part of the architecture of fandom, a ritual and a routine that intensifies during the transfer windows. Either explicitly or implicitly, rumours enable fans to engage with football and their club, as a means of expressing an affiliation or their loyalty.

The 2020/21 season is fast approaching, and with Barcelona’s arch-rival Real Madrid officially taking over CD Tacón this summer, they’re due to become a major player in the Primera División by tapping up some significant transfer targets. That being said, it’s time to discuss transfer rumours related to Barça Femení and their potential signings that will help them continue to establish dominance in both the league and the Champions League. In this section, we are going to rate the possibility of their signing out of 10.

After her impressive displays against the likes of Japan and USA in the She Believes Cup and her performances with Levante UD for the past two seasons, it’s time for Ona to return to Barça. After spending six years in La Masía and three years with Barcelona B, she opted to leave the club to find Primera División minutes elsewhere.

Since then, she has developed her game playing for Madrid CFF and Levante UD, who currently sit at third in the table and are battling Atleti for a Champions League spot. She is technically gifted with the ball at her feet and would perfectly fit the bill for the azulgranas‘ style of play to play out from the back. She connects well with the wingers in attack providing threat when the team moves forward the opposing half.

Ona also displays a high level of positional awareness and shows great composure and strength on the ball, qualities invaluable with Spain and much needed in Barcelona’s defence.

Years ago, she stated that she would be willing to return back to Barça at some point, and there is a real feeling that the stars are aligned for her to return back home for next season. One of the pros of signing her is her age, because at just 20 years old she is already a fantastic player with a lot of room to grow, and can continue to develop in the first team of one of the world’s most elite clubs.

However, this could also be a con, as she is still developing and may find it difficult to get regular playing time with Leila, Andrea Falcón and Torrejón battling for either full-back position. Ona’s potential elite partnerships with Lieke and/or Caroline Graham Hansen on the flanks is going to be discussed more once she returns back to where she belongs.

The second on the list is Sara Björk Gunnarsdóttir, captain of the Icelandic women’s football team and player for German club Wolfsburg. In May 2016, Sara Björk announced that she would not extend her contract FC Rosengård and planned to leave Sweden after winning four Damallsvenskan titles in five years. At that stage, she did not confirm speculation that she was heading for German club VfL Wolfsburg. Shortly afterwards the transfer to Wolfsburg was made official, ahead of their 2016/17 season.

While not completely needed, Sara Björk Gunnarsdóttir could be a quality addition to Lluís Cortés’ squad | Photo by Imago

The tall, physical, hard-working midfielder is good in the air and can play as a box-to-box midfielder. She helped Wolfsburg reach the UEFA Women’s Champions League final in the 2017/18 and played her part in retaining the Bundesliga Frauen Title and DFB Pokal for three consecutive seasons since 2016/17. She is a versatile player who can tackle and pass effectively, run all day covering a lot of ground and acting almost as two players in one.

Her versatility allows her to be deployed as either a defensive midfielder or an attacking midfielder too, which could be useful in the event that Hamraoui does not extend her contract. With her addition, the blaugranas can count on her physicality in their game plans. Her age, 29, is one of the only cons of signing her, but for a couple of seasons as an impact sub, she can be a useful signing.

Going out on loan

Claudia Pina is easily the most talented player currently coming through the ranks of La Masía. Pina joined Barça U12s in 2013 and made her first-team debut with Barcelona on 14 January 2018 in a league game against Zaragoza, coming on for the final 5 minutes in a 2–0 win. She was the runner-up in the UEFA Women’s Champions League last season and was imperative in Spain’s success at the 2018 U–17 World Cup, scoring a goal in every match except one, including each knockout tie and a brace in the final.

Despite her clear talent, she is finding it difficult to get minutes with the first team in direct competition with Jenni and Oshoala. With age at her aid, there is a possibility of her leaving out on loan this season to get regular first-division minutes. She can return to the club later in the 2021/22 and continue developing as an understudy to Asisat Oshoala and Jennifer Hermoso, especially with the latter not getting any younger.

21-year-old attacker Carla Armengol is among the breakout stars who have come up through the youth ranks at La Masía. After being discovered by the club, she soon stood out for her quality and progressed quickly to become part of the B squad. She has the capability to play on either flank. In the 2018/19 season with the B team, she scored 19 goals in 25 games. The winger was one of four players who made their debuts with the first team in the 2018/19 preseason, scoring in the Copa Catalunya.

Carla is another young starlet who might be heading out on loan for the coming season to get some valuable minutes. We have seen youth players leaving out on loan and returning back home, and she definitely needs game time to showcase what she is capable of. It will be very difficult for her to get them when you have Lieke Martens, Caroline Graham Hansen, Andrea Falcón and Mariona Caldentey waiting on the wings. It seems a real possibility that she may be headed out with a loan deal for next season.

Pamela Tajonar arrived at Barça in the summer of 2018 as an experienced back-up to Sandra Paños after spending four seasons with Sevilla. Tajonar stands out because of her reflexes and leadership in the penalty area. She is a very agile goalkeeper with great precision when passing the ball. Her height allows her to dominate the area with authority and is very sure-handed when it comes to stopping shots.

Tajonar is easily the oldest player at the club at 35, and seems very much interested in returning to her home country, Mexico. With Gemma Font delivering the right displays with Barça B and the board’s decision to invest more in younger players, it is more likely to see the back of Pamela Tajonar by the end of this season.

This may be the end of the road for this club legend coming this June. She arrived at the club in 2003 when she was just 14 years of age and was a pivotal part of the growth and expansion of women’s football at FC Barcelona in the 2000s and 2010s. Melanie eventually received captaincy privileges and has recorded some iconic moments like scoring the league defining goal against Athletic Club in 2013 at the San Mamés.

She is now into an amazing seventeenth season at the club and is officially the woman who has played the most games for Barcelona, standing tall at 448 matches. Serrano is an absolute legend, known for her humility, discretion and the utmost respect for the team colours.

This could be the final season of one of Barça Femení’s greatest legends: Melanie Serrano | Photo by David Ramos via Getty Images

With both her and Andrea Falcón being coupled with injuries, her playing time this season has been restricted and it really seems obvious she may call it the end of the day for her long career unless she has her heart set on another club. With the Ona Batlle transfer likely, we may have to say a heavy-hearted goodbye to this club legend.

Hamraoui joined Barça in the summer of 2018 with a two-year contract that ends this summer with the option to extend it for another season. She is an attack-minded midfielder that stands tall at 1.78 metres and has a very powerful shot and the ability to bring the ball up the field. She is technically great moving forward and has a great aerial presence when it comes to headers and set-pieces, a quality put on display against Deportivo de la Coruña in the Copa de la Reina quarterfinals.

At times, though, she can be a defensive liability, known for racking up yellow cards, most notably being suspended for the 2019 Champions League final after a red card suspension in the second semi-final leg against Bayern.

With Patri Guijarro playing the pivot role and becoming an increasingly important ingredient of the team, Kheira is finding it difficult to get the minutes that she signed up for. With a lot of clubs interested in signing her, it seems likely she may be on her way out unless she trusts the process and wants to remain a rotation player as part of this ever-developing team that is continuously one step closer to claiming the Champions League title.

As for the rumours going around, the club is interested in keeping her for one more season and negotiating regarding the renewal. It is going to be a waiting game until the truth is known. Until then, we think Hamraoui may extend for one more season before she ends up her ties with Barcelona.

With the contract of the centre-backs Andrea Pereira and Stefanie van der Gragt lying in the air – ending in 2020 – and plenty of days ahead until the season ends, we have a lot of time to speculate about outgoing players, the incoming players, and what they can bring to the team. There is never going to be a dull day once Real Madrid fully take over CD Tacón and we are going to see some huge transfers in women’s football in Spain. With Barça having a clear project until 2022, we hope they are going to remain as the best team and the team to beat in Spain.