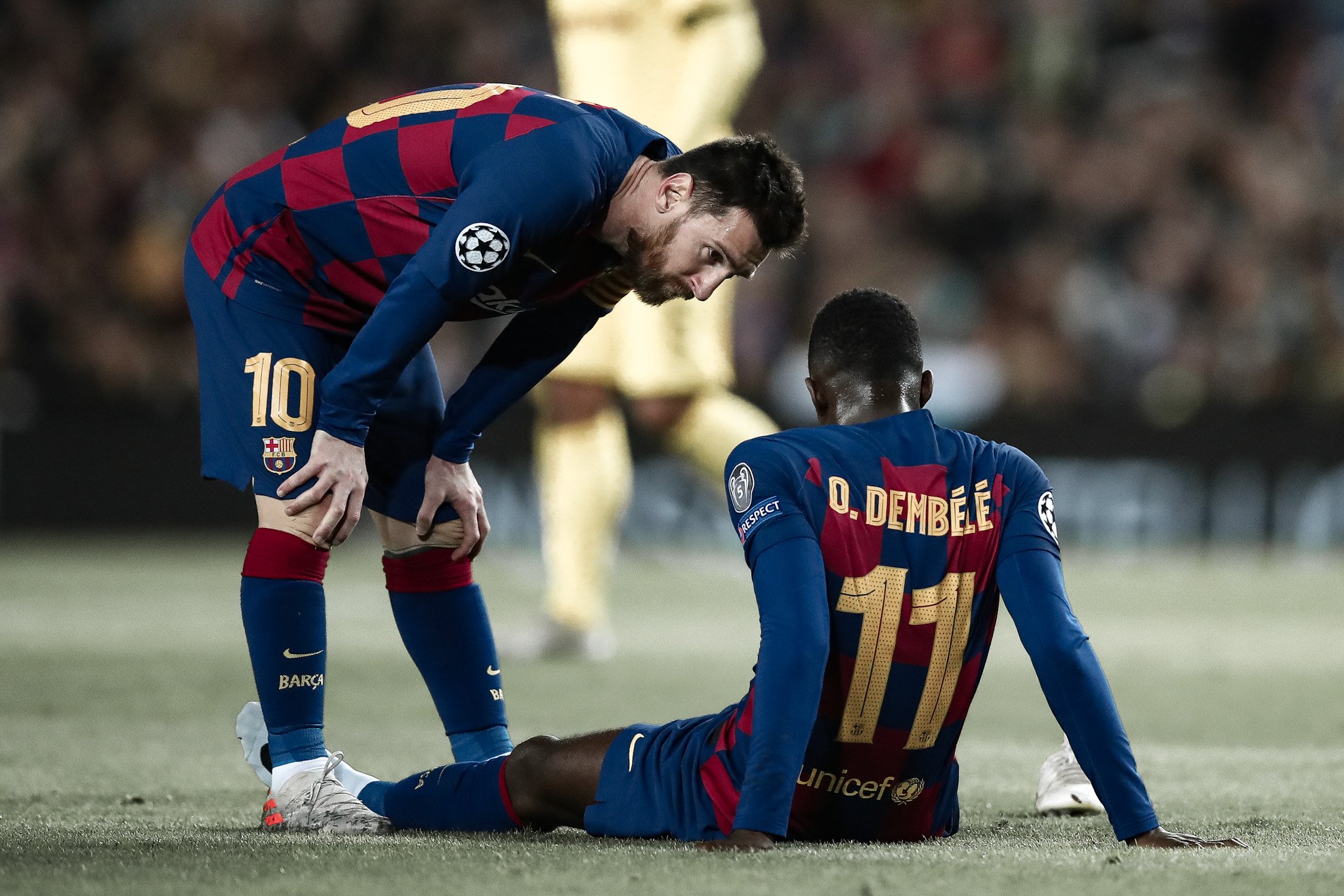 Ousmane Dembele runs into the open space ahead of him on the right as Lionel Messi shimmies past a distraught Cesar Azpilicueta. Messi looks up, spots the Frenchman in ample room and nonchalantly passes it towards him. The youngster hurriedly takes the first touch and is left with just enough room to shoot. He then promptly takes it in his stride and fires it into the top left corner to make it 2-0, after which he immediately points towards the Argentinean great.

That was Ousmane Dembele’s first goal for Barcelona after a 4-month hiatus due to an unfortunate injury in his very first season with the Spanish giants. The Cules would’ve been hopeful of him finally coming into his own after that goal, potentially filling a large Neymar shaped hole. Fast forward a couple of seasons and the dynamic Frenchman has failed to make a real impact like people would have hoped of the explosive wonderkid who played for Dortmund.

While Dembele is still young at 23, injuries seem to have derailed his career with Barcelona. Last season Dembele ambled to a meagre 9 appearances in the Blaugrana colours, only 5 of which were starts. Whenever he did play, he looked rusty and lacking game time. Moreover, the emergence of youngster Ansu Fati who presents a similar profile to the Frenchman means more competition, and with him coming off another injury recently and Fati looking grand in the 2-0 victory over Villarreal, his chances of sealing a regular spot look bleak at the moment. It is, therefore, no surprise that Dembele is linked with a move away from Spain, with Manchester United seemingly keeping him on their radar.

Barcelona manager Ronald Koeman, though, could use someone like Dembele. In his first official game in charge, Koeman structured Barca in a 4-2-3-1, with Messi and Coutinho occupying central areas and Fati and Antoine Griezmann occupying the left and right flank respectively. The wingers would regularly tuck in and allow the fullbacks to push up in the broader areas. In an otherwise comfortable 4-0 win for Barcelona, the right flank was a vital issue. Griezmann looked mostly average and did not influence the match much, barring making a handful of runs into the box. He lacked the same explosiveness and directness that Ansu Fati provided on the left flank – looking out of sorts on the right side, having rarely made an appearance in such a role in the past.

If injuries allow him, Dembele could seal his spot in such an eleven. The Frenchman’s primary strength is his skills on the ball, and he loves taking on defenders 1v1. Considering his 18/19 season as his sample size, he stood at 4.81 dribbles completed per 90 with a completion percentage of 67.4 in La Liga. On the other hand, Griezmann had a low 0.64 successful dribbles per 90 in the past season, with a completion percentage of 48.6. Moreover, the 23-year-old dominates in touches in the box, averaging 7.68 touches in the box per 90 as compared to Griezmann. Granted, the 29-year-old is a different kind of player altogether, and could potentially be better utilized in a more central role similar to the one he had with Atletico Madrid, but as things stand, Dembele is the one who provides the directness and explosiveness Koeman is looking for from his wingers. Moreover, his ambidexterity and pace mean he 1. is a threat from either wing, and 2. can pull off the unexpected every now and then, for example, his famous fake shot.

From a creative standpoint, Dembele had 4.65 Shot creating actions and 0.70 Goal creating actions per 90 in 18/19, while Griezmann stood at 2.08 SCA and 0.35 GCA per 90 last season. Moreover, Dembele can also occupy the wider areas and stick to the sidelines when needed – adding to his ability to create space without the ball. This option is unavailable with Griezmann, as he is more intent towards occupying the middle, and is therefore limited in that sense. Even when it comes to defensive actions, Dembele can come toe-to-toe with Griezmann, with 4.43 successful pressure and 0.54 tackles won per 90 in the 18/19 season, as compared to Griezmann’s 4.77 successful pressures and 0.64 tackles won per 90 last season. This is very impressive since Griezmann has a reputation for being a workhorse, and often contributes to Barcelona’s defence.

It is safe to say that Dembele stands out as a great option as a winger, provided he overcomes his injury problems. Although Ansu Fati has stood out since his emergence last season, it is important not to burden the 17-year-old’s shoulders with huge expectations, lest he crumble. New signings Pedri and Trincao are also very talented but are diamonds in the rough. Barcelona must have someone in the side who can provide that tempestuousness and dynamism that they often lacked the previous season, but all while knowing the expectations the Catalan giants hold, even of young players. Ousmane Dembele’s Blaugrana story hasn’t been great so far; injuries botted the pages, but this might be the season to flip the page and start afresh for both him and Barcelona.