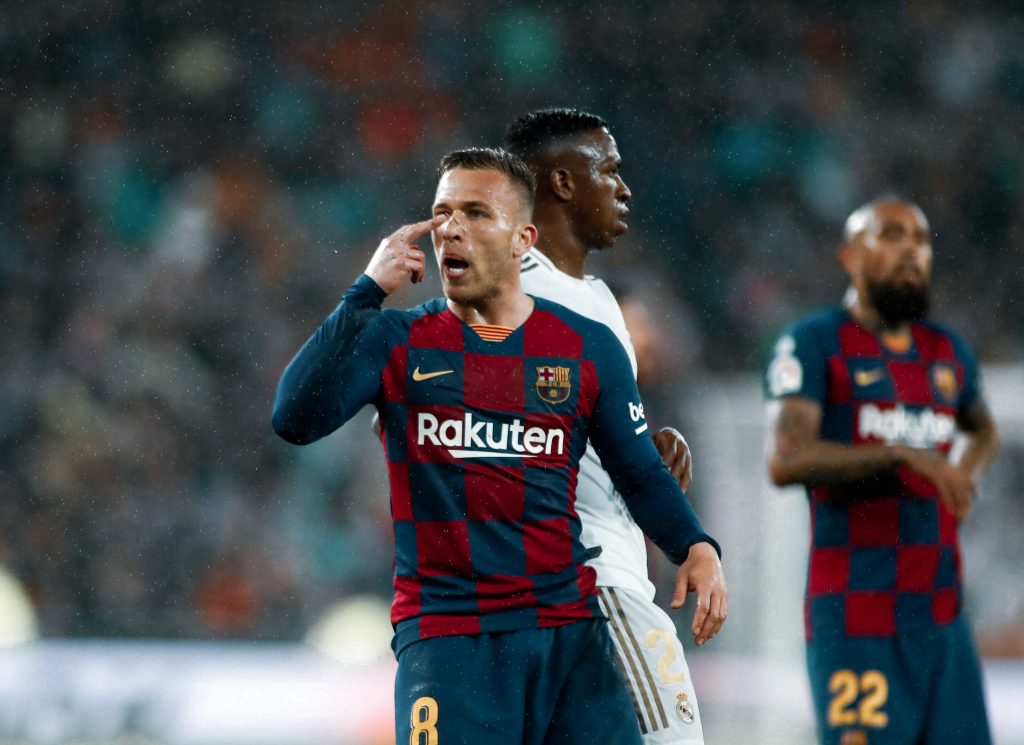 With abundant quality on the ball, inconsistency, indiscipline and behavioural issues have ended up marking the Barcelona career of Arthur Melo.

The deal between Barcelona and Juventus for the swap involving Arthur Melo and Miralem Pjanić caught many off-guard. Despite the rumours of an exit going as far back as February, few if any thought that Barcelona were capable of making such a dubious decision. Arthur had drawn some comparisons with Xavi Hernández and the legend said he saw himself in him. Those comparisons turned out to be the least of his problems.

“I see myself in Arthur when I watch him play. It’s as if Arthur is me”

Barcelona’s midfielders are renowned for their passing range as well as ability to play short, one-touch passes that serve to create space for others; their vision for a killer pass that can lacerate the opposition in an instant; positional intelligence and awareness so as to know when and where to be at all times; and most importantly, speed in efficiency at performing all these tasks. Arthur was good at retaining and relieving pressure when on the ball, but that was just about where his virtues ended and his vices began.

He often topped the charts when it came to overall passes completed but the destination of the passes is often more important than their rate of accuracy. His offensive play was nothing worth expanding on. In La Liga, a tournament that demands consistency, he made a total of just 26 key passes in both his seasons at Barcelona. He also made total of 4 assists and scored 3 goals in the Spanish top-flight but at an xG – a measurement of the quality of a shot – of just 1.52 and an xA –probability of a pass resulting in a goal – of just 3.55. If that isn’t low enough, the rate at which he would be expected to provide an assist was 0.12 per 90 and that of him scoring was at 0.05 per match.

Those aren’t numbers that anyone would call Xavi-esque. On performance alone, he is the midfielder with the lowest xA per 90 of all Barça midfielders to have played 20 or more games this season. Arthur was cautious, he never wanted to put a foot wrong but this inadvertently made him a bore to watch. Fans often spoke of the potential he had but that talk never seemed to come to an end.

Even Ernesto Valverde, a man often criticised for his reactive approach to games, was disappointed at how many fruitless passes he made. He wanted more verticality but the No. 8 rarely ever provided it. If Arthur was more like Arturo Vidal in terms of the shots he took and the chances he generated for others, then maybe he would have had a better chance at staying at the club and maybe he would have played more than 1,183 minutes in the league as well.

Valverde had an issue with finding who to give time to given how packed the midfield was, but more often than not, when Arthur received that time, he failed to perform at the level expected of him. Because of the same issues, Quique Setién was happier to use the likes of Iván Rakitić and Vidal than the Brazilian given their experience and higher rate of efficiency at what they are required to do. Taking into consideration his inconsistency in performance, the sale makes a tad bit more sense.

Arthur Melo will not play for Barça anymore | Photo by Imago

It wasn’t only on the pitch that he was disappointing – he had behavioural issues off the pitch as well. While Ousmane Dembélé has grown into more of a professional – in part thanks to the arrival of his national team captain Antoine Griezmann – Arthur has taken up the mantle of the problem child.

In early 2019, he travelled to Paris for his good friend Neymar’s birthday right before one of the most important matches of the season: El Clásico in the Copa del Rey semi-finals. Whether by correlation or causation, he found himself with a hamstring injury that would rule him out for several weeks, missing the biggest match in the world in the process.

At the tail end of the year, he made the mistake of traveling to Andorra for some snowboarding, a sport made infamous by the gruesome injuries inexperienced snowboarders incur. He had already been suffering from some pain in his pubis but recklessly decided to participate in a sport that is incompatible with football. He missed three successive games due to a groin injury, including the December Clásico against Real Madrid as a result of his indifference.

Over the Christmas period, he travelled to Brazil for the holidays and to recover from the aforementioned injury but returned not only with a worse lesion to his groin, but he was also overweight. He ended up missing some crucial ties, one of which was the Supercopa defeat against Atlético de Madrid due to injury and an overall lack of fitness.

“Arthur called and said: ‘I’m in Brazil and I will not return’. It’s his decision, but no one gave him permission to do so. We have opened a case against him because there is no reason to justify his absence”

One would think that his behavioural problems had climaxed there but things somehow took a turn for the worse. Over the past few days, rumours have circulated in the Spanish media stating that Arthur will go on an early holiday to Brazil and that he won’t be returning to Barcelona any time soon. According to Mundo Deportivo, he wants to cancel his contract altogether and Barcelona is once again furious with him. He has every right to be angry with the board given the treatment he received but this sort of behaviour is extremely unprofessional and is giving him anything but a good image in the eyes of his next suitors. Barcelona are also rumoured to have opened disciplinary proceedings against him which as per Sport could result in him receiving the biggest fine in the club’s history.

“We agreed that until the Champions League ended, he would continue to play for Barça, both in the league and in Europe. He is a player who has a certain importance in the team and who could help us. But he did not return from the mini-vacation. It is an unacceptable act of indiscipline”

Inconsistency and subpar performances on the pitch, indiscipline and rebellion off it, this may just have been one bad egg that Barcelona avoided in time. President Josep Maria Bartomeu and the rest of the board have often been criticised for their poor decision making of but given all this, it doesn’t seem like much of a surprise that they would want him as far away from the club as possible.