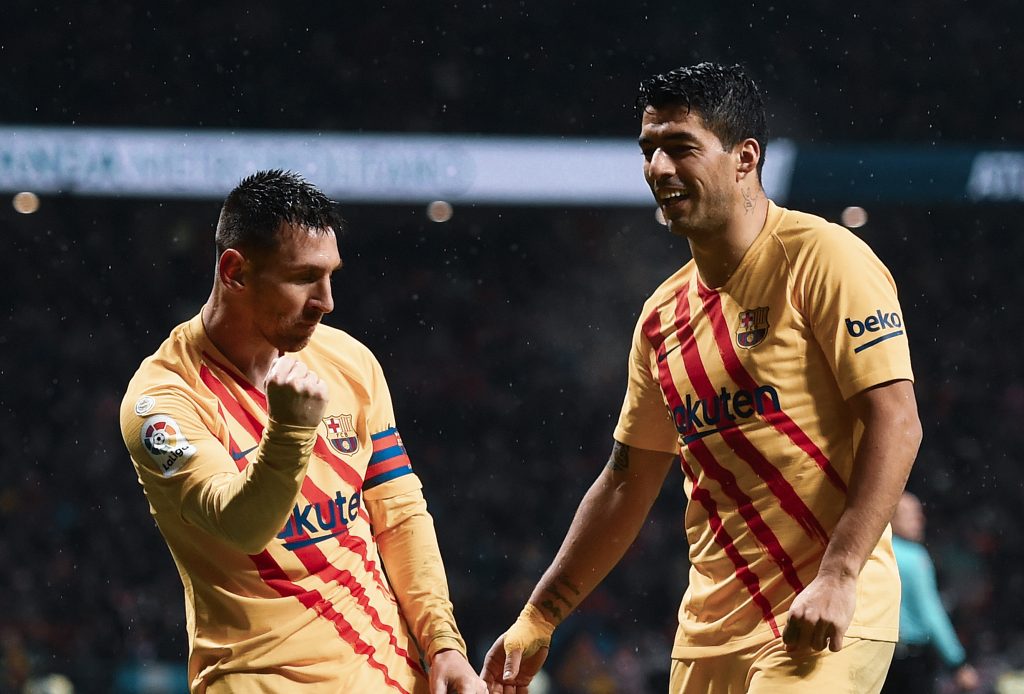 Lionel Messi and Luis Suárez have been one of the deadliest duos in football history, but with the latter’s decline, their friendship may be having a negative impact on the game. Is this strong bond one of Leo’s rare flaws?

Lionel Messi has been the greatest player in the history of football. Watching him play leaves every football fan dumbstruck. Even as he ages into his twilight years, he manages to surprise viewers. He has been carrying Barcelona on since the departure of club legends like Andrés Iniesta and Xavi Hernández. When one thinks of Barcelona, the first thing that springs to mind is Messi. He has been a defining player in the history of the club and of football as a whole. But he isn’t without his flaws. However, unlikely as it might seem, Messi is still a human.

On the technical side of things, Messi is the definition of perfection. But his Achilles’ heel happens to be something that shows us his human side. La Pulga has a special influence in the Barcelona dressing room, due to obvious reasons. In most cases, this has led Barça to great heights. Sometimes, though, even he makes mistakes.

Luis Suárez has been playing the entire 90 minutes for quite a few games now. It would be normal to think that Suárez’s name should definitely be one of the first in the line-up. Nonetheless, the fact is that Suárez is in bad form. Really bad form. Since his knee surgery, his age seems to have caught up with him and it is obvious that he has lost some of the assets that once made him so threatening in front of goal. He cannot make those clever runs anymore, and neither can he shoot with as much accuracy.

“We always try to have Suárez and Messi on the pitch. It is difficult to find a place for Griezmann without destabilising the team”

This raises the questions: why is he still playing the entire 90 minutes? And, if one only wants to use his pure class to shine through and help win difficult games, why isn’t he brought on in the final 30 minutes when he can work harder and give it his all instead of saving himself for entire games?

One answer that immediately springs to mind is his relationship with Lionel Messi. The duo are very close to each other and it is quite possible that Suárez has appealed to Messi. Maybe it begins with a “Give me some time, and I’ll be back to my best”. Maybe it continues with a “Oh, it’s just bad luck and rustiness, it will pass”. But where does it end?

It is extremely difficult to say no to a person who has been your best friend and dear teammate for the past six years. It is difficult to see that the man you used to link up with so magnificently is on a drastic decline. Perhaps it is denial on Messi’s part and perhaps it is the combination of Leo’s opinion and the coach’s decisions. But it is highly likely that the Argentine has something to do with it.

The Messi–Suárez should have a positive, not negative, influence on the pitch | Photo by Kirchner / Neundorf via Imago

Even on the pitch, it is evident that Messi is constantly trying to find El Pistolero. Lionel might be trying to help Suárez find his old self. In fact, it even has even worked on some occasions, with Suárez’s two goals against Celta de Vigo a result of the deadly combination. But more often than not, it hasn’t worked.

Suárez has lost possession quite often, and he can no longer run past defenders or make exquisite runs. His touch has been poor and we can only see glimpses of his former self. Not just that: Messi’s attempt to find Suarez has often seen Antoine Griezmann overlooked. The Frenchman has been poor in front of goal, but he has also suffered due to lack of service.

Messi’s supernatural link with Suárez has been a force to deal with for the last five years. But maybe it is time for Leo to accept that the number 9 isn’t what he used to be. It is time for him to accept that Luis will better serve the club by coming off the bench, or at least being subbed off after 60 minutes. This is just speculation, and none of us really knows how much influence does Messi have in the team selections. But if he has any, the coach and footballers should be able to separate the off-field matters from the on-field ones.

Luis Suárez has been an integral part of the team for a long time, but it is Messi’s responsibility as captain to realise that he must put the game over his friendship and move on. The effects of the same can be seen throughout the blaugranas‘ game style, and it is high time that the dressing room realises the same.

• The evident difference between Samuel Umtiti and Clément Lenglet

• The palpable decline of Luis Suárez