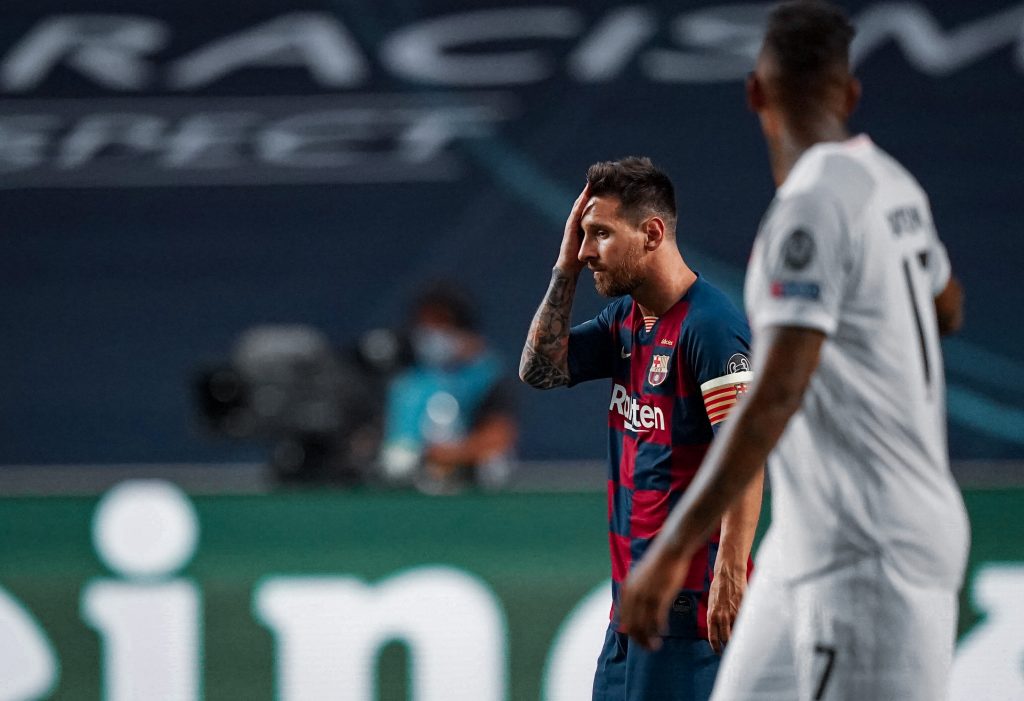 It was humiliation for Barça in the hands of Bayern Munich, such a nightmarish night should not be forgotten but rather used to build a brighter future.

There are moments in life when you wish you weren’t right. You push your instincts and gut feelings away hoping you are just being paranoid. And then the truth hits you. The realisation that “I knew this was coming”, is the worst. I think this pretty much sums up what many culés felt last night.

Let’s face it; there were no shockers here. Barcelona did not go to this game with a three-goal advantage unlike the last two times when they crashed out of this tournament. This time, they were going to face a team that was in its peak form. They were going to face a team that has been working like a well-oiled machine. All this while Barça themselves have been in the exact opposite trajectory for some time. So, if anyone was hoping and praying for miracles before this game, it was the Barça faithful. But that’s the thing; this team has not produced miracles or magic in a long time.

Don’t get me wrong, Barça still has the best player in the world in its ranks. Don’t let anyone tell you otherwise. But the man is tired. He has been carrying this team on his own for far too long, just as he had had to carry his national side. But this is a team game; there is only so much an individual can do –– even an individual as inhumanely talented as Lionel Messi.

The failure of this team as a unit has been made evident by the manner in which they have exited European tournaments in the last couple of years. The writing has already been there on the wall for some time. Bayern Munich were merely exposing these cracks that were already there –– the cracks that run wide and deep beyond the squad or the coaching staff. If anything, this loss makes it impossible for the people up top to hide those cracks anymore.

How can you explain a team being in this situation after having spent over 500 million in the last three seasons? How many of those investments were available for last night’s debacle? How many quality academy players have they let go of cheap during this time? How many young talents have they bought and sold recklessly? The Barcelona board under the leadership –– or lack thereof –– of Josep Maria Bartomeu has a lot of questions to answer. If only he had the guts to do the right thing, he would step down taking responsibility and bring forth the elections. There is already a no-confidence motion brewing up against him, as it is.

“Disgrace is the word. You can’t compete like that. It’s not the first, second or third time this has happened to us. The club needs changes. I’m not talking about the coach or the players. I don’t want to single out anybody, the team structurally. I’m the first person to step forward. If new blood has to come in and the dynamic has to change, I will be the first person to leave because I think we have hit rock bottom”

Whether the elections are around the corner or not, there needs to be changes – in personnel, in approach and in mentality. Just as Gerard Piqué said after the game, the lesson has to be learnt and changes have to be made. It is not going to be easy considering we are still in a year where the economy is hit by the global pandemic. But Barcelona will have to find a way to revitalize themselves without breaking the banks. The best part, as far as they are concerned though, is that they have almost all the tools required available free of cost at the academy. May be what they really need at the moment, is a manager, who is bold enough to ring in the necessary changes and trust in the youth. In that sense, this loss might come as a much needed clarion call for those at the helm to wake up from their delusion that reckless and high-priced purchases will get them a quality team.

NB: However much painful the loss was, it has to be remembered that we are talking about a group of human beings –– a group that has toiled through a variety of turbulences throughout the season. None of them deserve to be personally attacked, abused, or insulted. This is something we should bear in our minds while we criticise. They may have hit the rock bottom, but the only way left now is upwards. After all, the night is the darkest right before dawn.