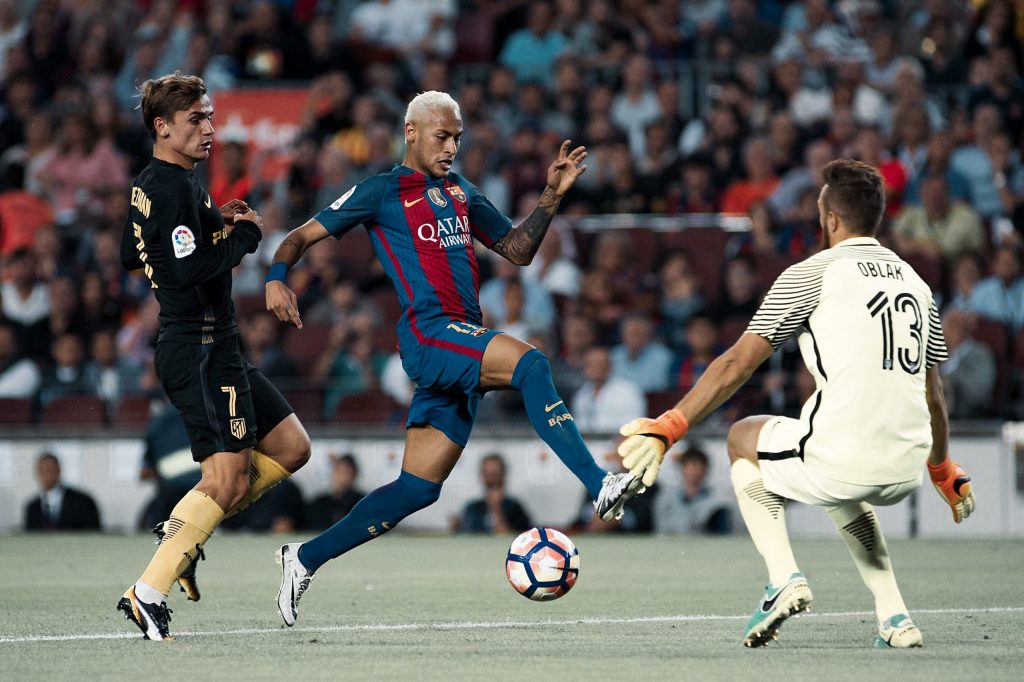 Neymar’s return to Barcelona is the narrative that keeps on rekindling itself. So, the latest on the long list of potentials deals is to swap of Griezmann for Neymar. Here’s the analysis of the possible deal.

In 2017, when Neymar departed Barcelona for Paris Saint-Germain, the footballing world stood in shock. The transfer fee was ridiculous, to say the least, and resulted in transfer values across the globe skyrocket. Cules were understandably disappointed, angry and frustrated at the transfer. The Barça board did bring in two players with the money they received, but the investment is yet to pay dividends.

The attacking output Neymar gave Barcelona could not be matched even after signing Dembélé, Coutinho and Griezmann. So, when news emerged that Neymar was unhappy at the Parc des Princes, Barcelona wanted to get him back. With club captain Leo Messi a very close friend of the Brazilian, the board was under further pressure to find a deal.

Last summer, Barcelona went all in for Neymar, but PSG’s new Sporting Director wouldn’t budge. Leonardo deemed it disadvantageous for the club if they parted ways with the number 10 without signing a replacement. Even though the deal stalled till the last day of the transfer window, it was never going to happen with the price PSG were demanding.

Now, Neymar has reportedly refused to renew his contract with the French champions, eyeing a move away. With football under wraps, Barça are working on a deal to get back their lost star. Rumours of the Catalan club offering players in exchange have been floating in the news. The latest is that Barcelona want to swap their new signing Griezmann for Neymar. As audacious as it sounds, it would be one of the ways the blaugranas could reunite with Neymar. Thus, here is how it would pan out for both sides if this deal worked out.

Would Barcelona get benefitted by this move?

Both Barcelona and Messi would get their most awaited reunion with their Brazilian trickster. The MSN trio’s second chapter would be intriguing to watch, and the club captain would be pretty happy at the clubs’ hierarchy for making the deal happen. Therefore, his extension should not be a problem for the board. In addition to it, the players and the board could finally resolve their underlying issues.

On the financial standpoint, Barcelona would lose a lot of money when giving cash plus Griezmann for Neymar, drastically cutting short the Catalans’ transfer budget and leaving very little or no room for other targets. The azulgranas have many gaps to fill in their squad as most of them are either too old or not proficient enough to play for the club. Positions like left-back and centre-back would be left unattended. The high wage bill would disrupt the institution’s financials too.

On a tactical standpoint, Barcelona would have an efficient winger. With Dembélé injured for most of the time and Griezmann playing out of position, Barça have been without a proper winger on the left. And, with Messi drifting inside from the right, Barcelona typically play without wingers. The addition of Neymar, who might have evolved into a number ten, would still add pace and width to the front line.

The Brazilian is capable of creating on his own but does so by dropping deep. With both Leo and him dropping low, the team wouldn’t have the numbers up the pitch. The overcrowding of midfield would help opponents as they would have to defend only the striker. The problem existed during Neymar’s last season at the Camp Nou. So, even if the signing solves one problem, it would open up another.

PSG would not only have offloaded their wantaway star, but also get an excellent player in the form of Griezmann with cash involved. If PSG want to prevent Kylian Mbappé from leaving, they must build the team around him. And Neymar leaving would be the start. With Sporting Director Leonardo at the helm, they have realised that a successful team does not mean assembling all the best players. Recently they have made intelligent signings like Idrissa Gueye and Pablo Sarabia, which suggests they are moving in the right direction.

Since the first day Neymar stepped in France, he has seemed to regret leaving Barça | Photo by Lionel Bonaventure / AFP via Getty Images

From an economical point of view, they would get a lot of money from the deal which they could, in turn, invest in other positions. PSG could get full-backs or midfielders to fill the small voids in the squad. They could even get a quality goalkeeper as Keylor Navas is nearing the end of his career. Moreover, the considerable decrease in the salary bill would help the club implement a wage structure instead of splashing out cash.

On a tactical standpoint, PSG could follow the France national team model of having Griezmann in the second striker role. If Mauro Icardi stayed, he could play beside the Frenchman up front. Di Maria and Mbappé could play as traditional wingers much similar to Deschamps’ set-up. The new formation could bring the best of everyone, particularly Griezmann, who would get to play in his preferred role. But they would still end up losing a large part of their creative force in the form of Neymar.

Considering the situation the world is in right now, it is difficult to predict whether deals like this might go through. Clubs around the globe will have lost their incomes in the form of matchday revenues, sponsorship deals and TV rights. As a consequence, the next transfer market will have to be considerably modest. But, on the slightest of chances that this deal goes through, the winner on all fronts could be Paris Saint-Germain.

The everlasting rumours between Willian and Barcelona
What did you think of this article?