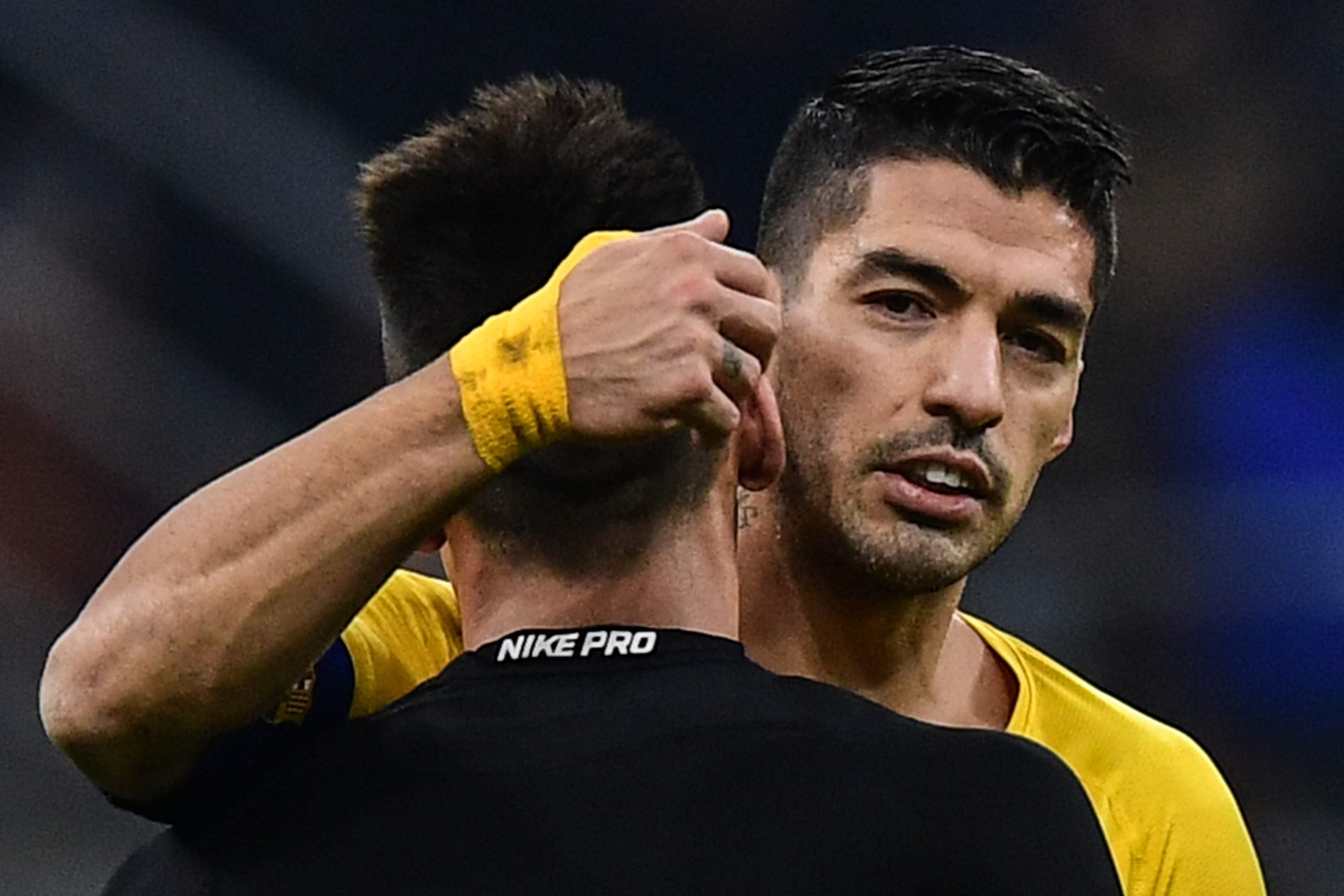 Replacing Luis Suarez is by no means an easy matter. However, as Suarez himself has confessed, Barcelona must search for a new striker if they want to have the future in safe hands. In this article, we present four potential candidates to succeed in the Uruguayan.

For Barca, a striker is not just a finisher, nor an out-and-out striker. Therefore, a lot of research goes into who wears the No9 shirt in the team and leads the line. For several years, we’ve seen strikers come and go, like Zlatan Ibrahimovic, Samuel Eto’o, and, most recently, the random signing of Kevin-Prince Boateng.

A Barcelona striker needs to do much more than put the ball at the back of the net. He needs to get involved in the build-up, support the No10, the wingers and contribute defensively as well. Our current Luis Suarez has been the starting man upfront for half a decade now, and has shown his quality week in week out.

The 32-year-old is still showing his significance on the pitch. He has scored 189 goals in 267 games for Barcelona, with his latest goal being a stunning back heel chip against Mallorca at the Camp Nou. The Uruguayan has continued to produce regularly this season, with 12 goals and six assists so far. Apart from scoring, he has supported the attack throughout.

He has assisted 86 times in total, building a brutal connection with his best friend Lionel Messi and also Neymar along the way. We can clearly see what a Barcelona striker needs to have in order to make it to the team.

Players like Zlatan are out-and-out strikers and hence could not last long. They couldn’t adapt to the Barca style. It’s very tough to do so, and not everyone makes it to the starting 11 consistently.

Antoine Griezmann is the answer for the short term, despite many people disagreeing with the signing considering his age and the outrageous fee Barcelona paid for him. His link-up with Leo and Suarez remains to be seen.

Now, as Suarez ages, it’s natural that Barca start looking for a new striker, but the multi-million-dollar question is: who?

There’s been much talk about Inter’s Lautaro Martinez moving to Catalonia for around €100–110 million.

He’s a great centre-forward, currently having one of the best seasons of his career under new manager Antonio Conte. Lautaro, partnered up by Romelu Lukaku in the Nerazzurri‘s 3–5–2, has already scored 13 goals and provided three assists in 22 competitive matches this term.

The 22-year-old is also a regular in Argentina’s national team, meaning that a partnership with Messi would be nothing new to him.

The former Racing Club prospect is an all-rounder. Explosive, powerful and with a good upper body strength, El Toro (The Bull) can beat physically any defender in spite of being relatively short at 1.74 metres (5 ft 9).

He’s a great finisher, has a lot of pace, takes his chances with calmness and composure, and links up play as well. He’s a complete striker, but his price tag is a big issue and it’s an unknown whether the club will be willing to meet Inter’s demands.

First at Stuttgart and now at RB Leipzig, Timo Werner has always been considered his respective team’s crown jewel.

Nonetheless, this campaign the 23-year-old has lit up the Bundesliga as maturity and Julian Nagelsmann have been an explosive combination for the star of Leipzig, current leaders in the German top flight.

His best goalscoring season in the Bundesliga was the 16/17, where he found the net 21 times. With 18 games left to be played, Werner is only three goals away from equalling that tally.

In all competitions, Werner has 23 goals and nine assists in 24 appearances and 1.908 minutes, which translates to a goal contribution roughly every 60 minutes. Brutal.

That being said, Werner is much more than just a clinical goalscorer. Actually, he isn’t the main reference up top, but more like an inside forward or even left winger at times.

The Germany constantly makes runs in behind the defence and detects and exploits any gap that there may be in the half-spaces between the centre-back and the full-back.

Lightning fast and smart on and off the ball, Werner is a direct dribbler and combines it with his vision and passing. Sharpness, reading of space and versatility are one of his main assets, and a reason why many fans see him as the ideal player to take up the role David Villa used to have in the past, supporting Messi as the false nine.

While these are all great prospects, there’s one striker who hasn’t been given a chance but should be one to consider. He’s one of our own homegrown La Masia talents and a current striker for Barca B: Abel Ruiz.

He has the Barca DNA and it would be easy to adapt to the first team.

Like Werner, he’s intelligent and versatile. Often compared to Karim Benzema, Abel constantly abandons the penalty area to offer support through clever movements and one or two-touch passes. However, although his mobility is extraordinary, his goalscoring ability is in question.

Always dubbed as the next big thing at the academy and Spain’s youth teams, Abel has been involuting in the last 18 months.

In the 18/19 Segunda B he scored only three goals, the same amount of goals he has in the 19/20. In fact, the teenager has only been in the starting line-up in one of the past six matches he has been available, as Garcia Pimienta has lately preferred to deploy Hiroki Abe as a false nine over him.

The Spain U-21 international trains occasionally with the big boys and made his La Liga debut in May against Getafe.

However, Barca seem to have opened the door for a temporary or permanent departure from Abel in the January transfer window. Valencia and Oviedo are interested in him.

One of our very own, the Dinamo Zagreb winger Dani Olmo is a young Spanish International who is wanted by majority of the big clubs in Europe.

The likes of Liverpool, Manchester City, PSG, Juventus, and even Barca are monitoring the 21-year-old ex-La Masia prospect. Olmo naturally is a winger, but he can play all three positions in attack, including as an attacking midfielder or false nine.

Apart from flexible, he’s a great finisher with a truly blessed pair of feet, precise technique in tight space, and dazzling dribbling. He often likes to carry the ball forward and play shorter, crispier passes at the edge of the box.

Olmo, named the best player and best young player of the 18/19 Croatian First Football League, has scored eight goals and has seven assists to his name in 22 games for his club this season.

In addition, he even scored in his Spanish national team debut. Despite the fact he may not be ideal to act as the centre-forward on his own, Olmo, as well as having a bright future ahead, would be a wild card for Ernesto Valverde given his ability to occupy various positions.

Barcelona are working on getting him on board with reports coming that he’s edging closer to come back to the Camp Nou. For that, though, he’ll need to choose to be a rotation piece over other high-profile clubs.

In a recent interview, Luis Suarez said that Barcelona need to sign a young prospect in order to replace him. But who will take the baton to lead the front line and wear the number nine shirt in a future remains to be seen.

The technical secretary has plenty of options at its disposal, but getting the perfect fit will be the directives’ greatest challenge.