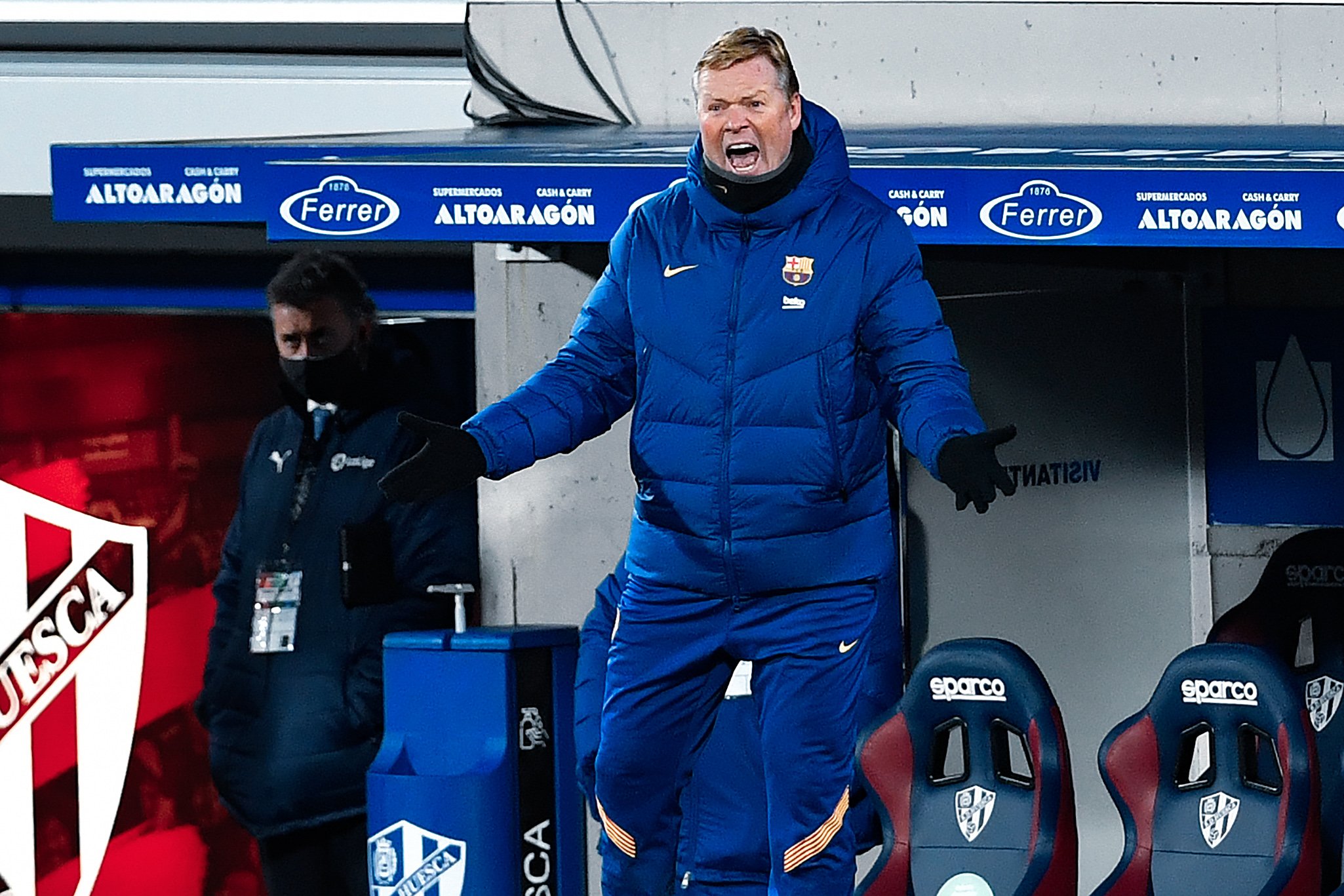 If one was to find the one reason Ronald Koeman’s arrival as head coach was a massive event, it was because there finally seemed to be a man coming in with a fixed ideology. A sense of need for personality was felt. After 2 coaches who operated as puppets, one wanted a fresh presence on the sidelines.

Koeman promised all that and more. The Dutchman had an aura of confidence. One could feel the rigid plan he had for the Catalan club was the need of the hour. The ‘straight to business’ attitude was evident right from him catalyzing the departures of Arturo Vidal, Ivan Rakitic and others.

Yet, almost halfway into the season and the situation is queer indeed. The man who was initially fixed on his ideology of 4-2-3-1 has ended up experimenting with multiple formations. Undoubtedly, injuries did force upon him a lot of the tactical decisions. The problem at centre-back has been a specific thorn in his foot, forcing many decisions of the manager.

Every coach is expected to have an XI of players that he trusts on any night. Any rotations, squad backups and other such clouds are built around this tower.

This forces one to think: “How many players does Koeman trust on any given night?”

At first glance, the only names among outfield players that stand out are those of Ronald Araujo, Jordi Alba, Frenkie de Jong, Pedri and Lionel Messi. This suggests that just 50% of the starting players have a fixed place. This is indeed a worrying sign.

Clement Lenglet has seen an unbelievably steep drop since last season, to a stage where even the La Masia graduate Oscar Mingueza is getting starts over him. The centre-back conundrum, therefore, arises due to not only injuries but also poor form.

Sergino Dest at right-back has been getting back to back starts, but one wonders how long it will last. The return of Seri Roberto in coming weeks will throw the position into a cloud again.

Despite the big money tag, Phillippe Coutinho is undoubtedly one player displaced in priority. Pedri and Frenkie de Jong form the constant core of the midfield. There is however a third place in the new 4-3-3 approach, and though Sergio Busquets is the front runner, one cant writes off Miralem Pjanic.

Any Gala XI across the globe has a fixed front line. Let it be the feared duo of Neymar Jr and Kylian Mbappe, or the trio of Mohammed Salah, Sadio Mane and Roberto Firmino. In fact, Barcelona themselves boasted of some exemplary frontlines, be it Messi-Villa-Pedri, Messi-Eto’o-Henry, or the glorious MSN.

Barcelona’s forward line is still far from decided. Apart from Lionel Messi, there is no guaranteed starter.

While Antoine Griezmann continues his ups and downs, Martin Braithwaite always makes a case for himself. Ousmane Dembele promises a lot, but his injuries is the one big card against him. Ansu Fati seemed to be the only other constant until his long term injury threw the position in jeopardy again.

The lack of a solid dependable base team is the root problem of all of Barcelona’s troubles. It throws all plans of rotation to the bin because there is no hierarchy of priority. Those who deserve rest like Pedri are thrown to the butcher every game. And those on the bench stay there with bags packed. This is natural when the coach has no idea of whom to prioritise.

The root problem, however, extends beyond the players in the base team. In simple terms, there has been no fixed direction, even in the tactical approach. A defined system with known objectives always helps in creating the required hierarchy. However, this is where Koeman has lacked.

Having been childishly rigid about his 4-2-3-1 approach, The Dutchman failed to see what suited the team as a whole. This was over time exposed and forced him to mend his ways. Since then, he has experimented with formations including three-man defence variations. For the time being, he seems settled on a 4-3-3, the system Barcelona is nostalgically associated with.

Looking forward, what can we expect from Barcelona? Heading into the game against Elche, not a soul can bet his property on a certain system that will start. Simultaneously, one has no clue as to the individuals who will be called up on the night.

It is high time that the Blaugranas find stability. The ride so far has been unpleasantly unpredictable. There needs to be a side that is confident in its ability to grind out wins even with the worst of performances. That is the Gala XI. And that is the need of the hour, urgently.