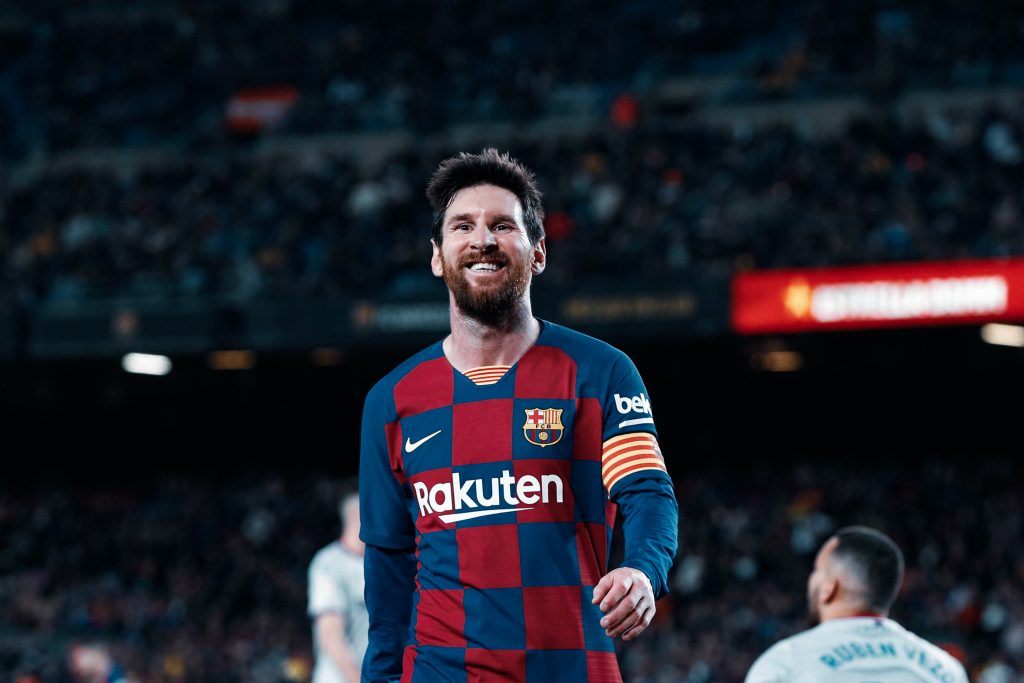 In a world in dire need of happy moments, Lionel Messi playing football can be enough to bring immense joy to those watching him.

Football is much more than twenty-two men kicking the ball around for 90 minutes. Whoever denies this is either refusing to see reality, or has not had the pleasure and privilege of getting trapped by the fascinating complexities and amusing unpredictability of a sport that means much more than just sport. If sport means exercising, then football goes far beyond that. If the word sport also encapsulates competitiveness, uncertainty, excitement, magic, collectiveness and intense raw emotions, then it is safe to say that football is a sport as few others.

If sport is a necessity, football is almost as indispensable as any other daily activity. However, sadly, a global pandemic has tragically hit the world and caused many victims along the way. This truly unfortunate situation have made everyone look at life with different eyes, and reconsider the priorities with the realisation of the things that really matter.

Football may not, and should not, be one of the top priorities. But as the world looks to recover from this fatal health crisis, a new normality is being restored around the world. Thus, for millions of people, normality cannot be understood without football, a way of life that shapes the feelings of many on a daily basis. This long break has deprived supporters of more than two months, or more than three in leagues like the Spanish one, of football. The wait is finally over, though.

98 days later, Barcelona returns to action. And, for many, this means that, 98 days later, Lionel Messi is back to action. Because, in recent times, the name of Messi has been extremely, perhaps excessively, linked to that of Barcelona. The mood of the former influenced the mood of the latter. The level of the player determined the performance of the club.

Of course, if someone has to have a capital importance at a team, let it be a footballer who is both unique and unmatched, and whose breathtaking football can never tire those watching. No matter the day or circumstances, Messi’s brilliance is always a blessing for those witnessing it. It is true that, just before the break, the Argentinian was going through a rough spell. He scored Barça’s last goal before the stop, from the penalty spot in a 1–0 win over Real Sociedad, and also recorded four goals in a 5–0 victory against Eibar in February. But it was undeniable that he needed a rest.

Now, though unexpectedly, he has got it. He is fresh. He is fully recovered. He is hungry. And a hungry Messi is capable of anything. In the first round match against Mallorca, the Bermellones‘ coach Vicente Moreno rowed with Leo after a foul. There’s no worse option than making Messi angry if you are his opponent.

Vicente, before facing the number 10 again this afternoon, has expressed on the 5–2 loss to the culés earlier this season: “My players said to me that perhaps I was to blame for the defeat. Because I had made Leo Messi angry and he scored three goals against us. In the tunnel at half-time, he said to me: ‘We’re going to score seven against you’. And he was saying the same to Luis Suárez. They didn’t score that many, but he was angry. He’s the best player in the world, he’s a genius. Look at the character he has, the desire to win, that rage he generated…What happened highlights the importance of him”.

❛ I won’t argue with him again, it didn’t go well for me. We’ll enjoy him, suffer him too. When he wants he makes the difference ❜

Angry or not, Lionel Messi already terrorises defences by himself. Seen as a quiet person, the little genius does all the talking on the pitch as he becomes a nightmare for any player that has to mark him. Force him on his right foot, and he will make it look as if that was his strong foot. Cage him, and he will make sure to find his own space to silently kill the opposition.

The best thing about Messi possibly is that, while it looks like he has conquered every competition and done everything there is to do in football, he always manages to surprise all viewers with an unthinkable trick. With a stunning goal, with an ankle-breaking dribble, or with a simple pass. The South American never gets tired of pulling rabbits out of the hat. Inexhaustible wizardry.

The world has been depressed for months. Such has been the impact of the coronavirus in society that every single moment of joy is more than appreciated these days. Lifting people’s spirits is desperately needed. And, while not a single person can do that on his own, football is a very valid way to distract oneself and get away from the difficulties of life. No one represents the transmitted beauty and artistry of the game better than Lionel Messi. An insatiable winner, his role as an entertainer will take a new dimension as the global community searches for bits of delight and exhilaration.