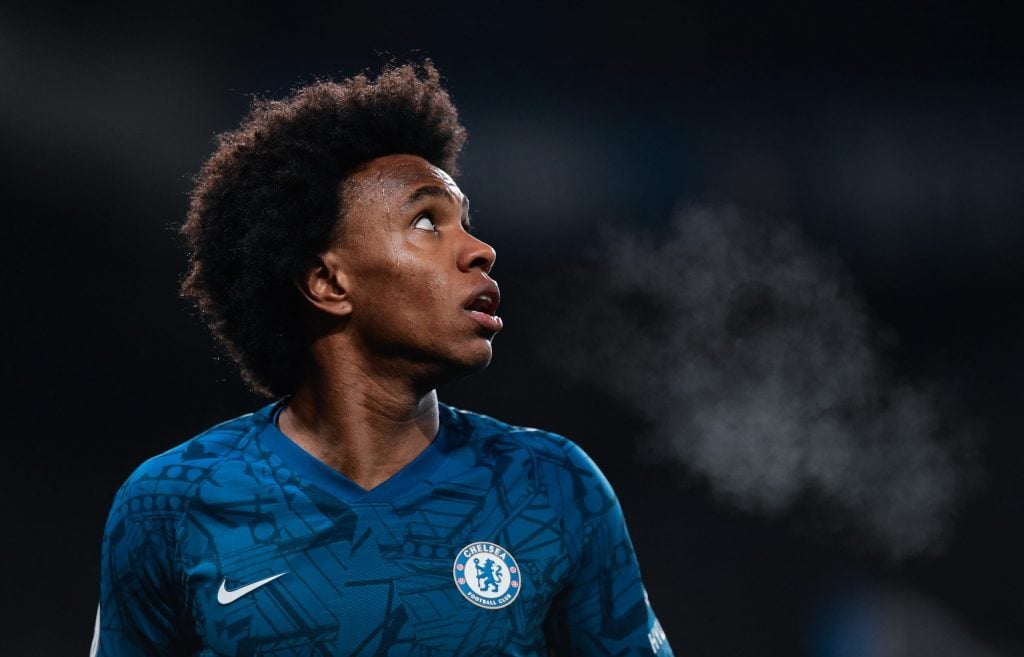 Willian has voiced his will to leave Chelsea at the end of the season and, almost like every summer, rumours linking him to Barcelona have now emerged. Would he be a good capture?

Management in football is everything. Clubs rely on great management to thrive and there has been too many sad liquidations and bad management in football. Whether it is mismanagement of yesterday giants like A.C. Milan or Arsenal or a horrid board that has done so much damage to its own club like Hull City or S.C. Bastia in France, it is always sad seeing the teams we grew up with die a bit with time. A.C. Milan and Arsenal respectively played the 2005 and 2006 Champions League finals in vain and are now finishing mid table and nowhere near the Champions League places whilst their city rivals in Inter Milan and Tottenham are enjoying revival campaigns in the coveted competitions with world beaters playing for either recently. For lower division sides, which can’t make the two ends meet, it’s the cruel cold world that wins. Last year, Bury FC were liquidated and expelled from League One after not being able to show a positive balance due to their owners’ incompetence. Also, Bolton Wanderers, a Premier League team in the beginning of last decade, were nearly expelled too but they were saved by a last-ditch effort.

At Barcelona, it is true that the board has done some controversial business and has lately been under lots of pressure due to their controversial social media adventures with I3ventures, but it is not as bad as others and Barça has been able to keep their head above water and win titles even with Josep Maria Bartomeu’s best efforts to almost sabotage the Catalans. Indeed, the recent signings have not been world-class and particularly needed for a side that aspires to at least be Spanish champions every year. Some shady transfers like Douglas went along with players that were simply deemed not good enough by the culés faithful like André Gomes, who suffered a lot at the Camp Nou and struggled with depression.

“Everyone knows my contract is up in a few months and it looks like it’ll be difficult to secure an extension. I think it’s unlikely that I’ll renew because Chelsea offered me a two-year deal, I asked for three and it ended there. There were no more talks or negotiations. Chelsea said that three years would be impossible, so at the moment it seems unlikely that I’ll extend, but nothing is impossible”
–– Willian

Every transfer window, rumours linking the same players or at least the same type of players to Barça emerge, and talks about uninspiring footballers to accompany what is already an underperforming squad carried by a few individuals mount as they seem insensible to the blaugrana fans. In the past few seasons, one name has stood out as the most consistent rumour to never become real. Willian Borges has had a fairly lengthy spell in London and hasn’t had the worst performance ever since swapping Spurs’ white for Chelsea’s blue at the medical in 2013.

“We don’t know what might happen. We might suddenly reach an agreement, but what I can say today is that my contract is up and I’ll be free to negotiate with any club”
–– Willian

In fact, he has perhaps been one of the most regular performers at Stamford Bridge and every manager he has played under has utilised him a lot. Antonio Conte, José Mourinho, Guus Hiddink, Maurizio Sarri or Frank Lampard have deployed the Brazilian consistently as either a right or left winger in their sides, no matter the tactics. And normally, his end product has never been lacking as he has achieved more than 10 goals or assists for 5 straight seasons under many coaches, and he deserves a bit of credit for these achievements from the Blues.

This campaign is almost certainly Willian’s last at the Bridge, as he has stated in an interview, and he is now setting sight on other horizons. The Catalan higher-ups have fantasised over the former Shakhtar man for at least 3 years. In 2017, with Barcelona in desperate need of a Neymar replacement, rumours over the future of the man who would go on to score against them in the Champions League round of 16 piled up before Ousmane Dembélé was finally signed by the board. Culés all over the world were baffled due to the low standards set by the board and they were rewarded with Josep Vives taking a dig at the non-local supporters whose opinion wasn’t really valued by the Barcelona spokesperson.

While he is unlikely to renew with Chelsea, Willian still wishes to remain in Europe and at a top club | Photo by Daniel Leal-Olivas / AFP via Getty Images

As mentioned, Willian is far from terrible a footballer, but he isn’t the one that fits Barça’s system and policy the most and, even though his end product is consistent and decent, it’s nowhere near enough for the azulgrana outfit whose objectives should match their heavyweight status in world football. On the other side, if he was poached by Barcelona this summer, it would be on a free transfer, but that would also mean that a 31-year-old would join the side when superb youngsters such as Ansu Fati would be thrown out in the second team or on loan at an inferior club.

“The last negotiations that I had were with Chelsea. The only offer for me from Barcelona was in 2018 after the World Cup. Chelsea didn’t accept that year as they didn’t want to sell me”
–– Willian

Furthermore, now that Ousmane Dembélé and Luis Suárez seem close to gaining full fitness shortly due to the coronavirus outbreak, Barcelona don’t need new attackers and talks about Martin Braithwaite’s future are already emerging, only a few months after Leganés were stripped of their star striker for 18 million euros. It would be totally derisory to have Willian’s huge salary on board while living in a world where your players are forced to take 70% pay cuts because of the economical crisis when Madrid haven’t had this problem. Signing Willian would look like an astute deal on a free transfer, but he already earns 120.000 per week in London and it is clear he wouldn’t take a pay cut.

When Pedro Rodríguez has hinted that a possible return to his boyhood club could be on the cards, it is not sensible to take a look at Willian. Nevertheless, unlike Willian, Pedro could be more than happy with a back-up role at his former club and he is a man that has given everything for Barça. All in all, Willian is an enjoyable player to watch and has surely had a great career at Chelsea, but he should not be Barcelona’s priority. There are sectors that the blaugranas must adjust that are more urgent than the attack. The defence has been lacking as of late and it is a sector of the side that is in dire need of change. So these Willian rumours shall not come through, even if the idea of him coming on a free would be tempting.

Barça Players in Numbers: Compared to other players in Europe
What did you think of this article?