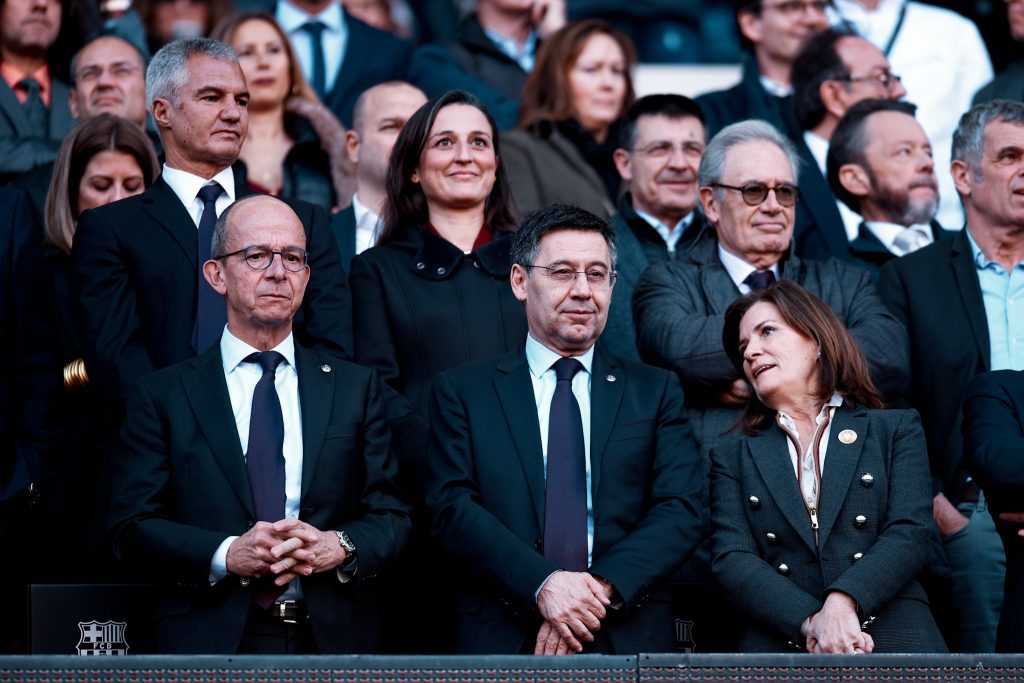 After six board members resigned on Thursday, pressure mounts on Bartomeu’s shoulders as the institutional crisis at Barcelona deepens.

During quarantine and with the halt of all sporting activities, football fans could be expecting silence rather than noise these days. However, culés are already used to continuous noise with their board. Who needs Netflix when you’ve got Bartomeu? The latest episode of this drama show, or comedy show, as one no longer knows whether to laugh or cry, occurred on Thursday. Six Barcelona board members resigned, as was first published by La Vanguardia yesterday afternoon. Earlier in the week president Josep Maria Bartomeu had dismissed two of the club’s vice presidents, Emili Rousaud and Enrique Tombas, as well as directors Silvio Elías and Josep Pont. However, due to the poor manners from Bartomeu and a series of shocking and disreputable events, two more directors, Jordi Calsamiglia and Maria Texidor, surprisingly announced their resignation too. The letter signed by the six mentioned board members read:

“We hereby want to communicate that we have transferred to President Bartomeu our decision to irrevocably resign from our position as directives of FC Barcelona. We have reached this point by not being able to revert the forms of the club’s management regarding the important challenges of the future and the new post-pandemic scenario”

“We must also highlight our disenchantment with the unfortunate episode on social networks, known as Barça Gate, which we learned about through the press”

“As a last service to our club, we recommend that as soon as circumstances allow it, to convene new elections that allow, with all the ‘authority’, to manage the club in the best possible way in the face of the important challenges of the immediate future”

Later, in an interview with RAC1, Emili Rousaud has claimed that three more directives are considering resigning too. A departure en bloc that portrays the chaos and lack of cohesion inside the board, and which leaves Bartomeu alone. From 19 until this week, the number of board members has dropped to 13 now, and it remains to be seen whether this figure will get even more reduced. According to the rules, the Barcelona board must consist of at least 14 members, meaning that Bartomeu must appoint someone urgently.

❛ Bartomeu told me he wanted to remodel the board and that there was distrust with a number of directors, one of them being me. There were leaks to the press that annoyed the players and he felt I had criticised the work of other executives. I understand that the president is looking for another profile of director, but he could have waited three of four weeks to do it. I don’t like how he’s done it ❜

Emili Rousaud
on Tuesday after Bartomeu announced him his dismissal

Still, the pressure is suffocating for the president. After the Barça Gate, the scandal in which the company I3 Ventures was hired to cleanse the image of Bartomeu and to attack players and opposition, yesterday’s news were the last straw. Moreover, Rousaud has even let go that someone could be stealing money inside the club, in the last bit of controversy for Barcelona. “I think someone is robbing the club. We paid 1 million euros for a work that has a cost of 100,000€. Who was it? I don’t know who it was, but you can imagine…”, Emili expressed.

The elections are planned for the summer of 2021, but Bartomeu has lost the support from players, a large portion of the fanbase and even some of his allies. Only local newspapers SPORT and Mundo Deportivo, who even had to change today’s front cover to hide the scandal, seem to be backing Josep Maria now. Bartomeu is alone. After the latest institutional crisis at Barcelona, fans and board members are already asking for him to be the next to reign and call early elections.

The board that is killing FC Barcelona
What did you think of this article?