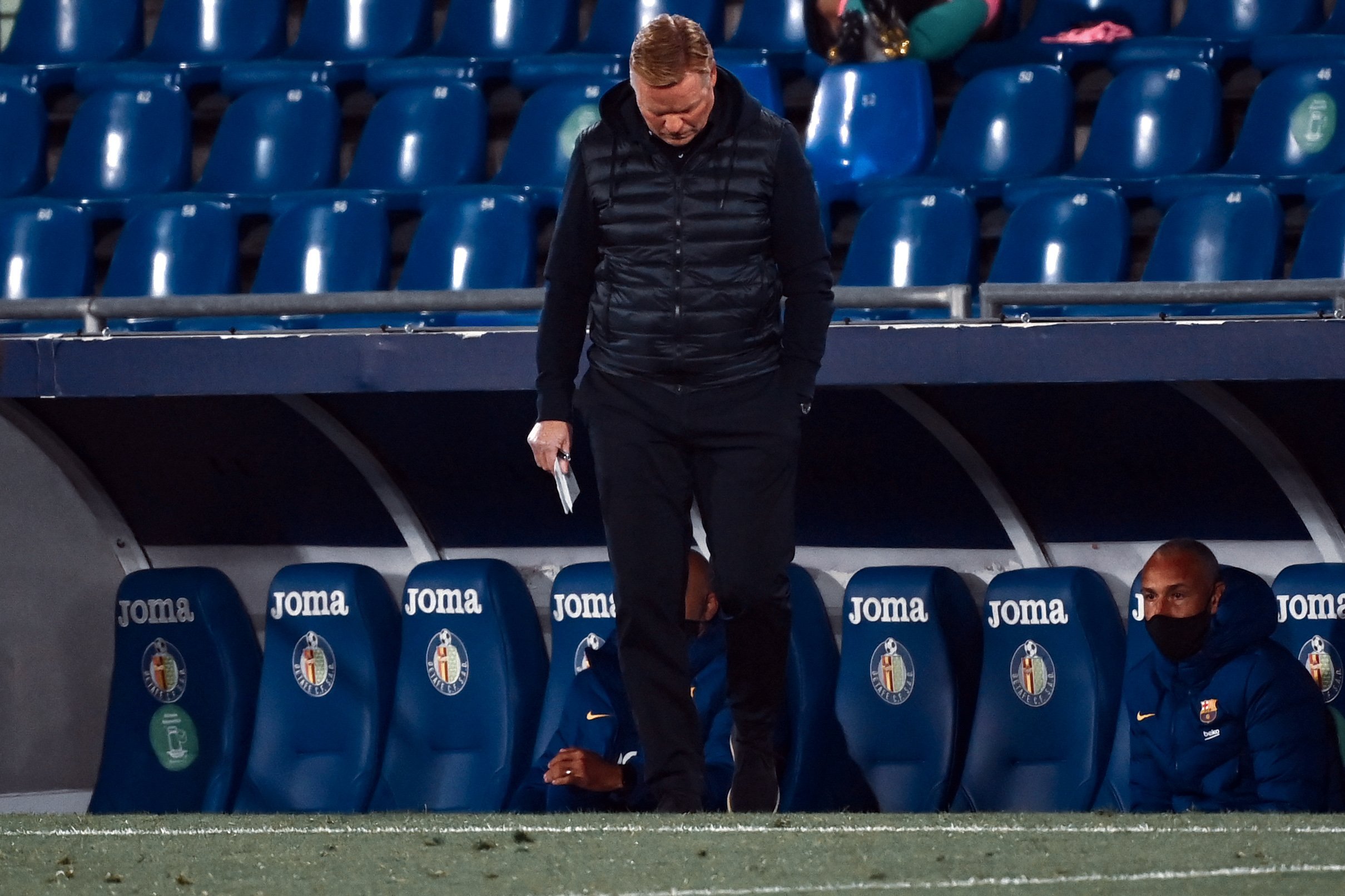 Before the Getafe game, Ronald Koeman had given Culés some hope for the upcoming season, starting the season strongly with the new system flourishing. However, against Marea Azul, Barcelona played poorly, and some tactical decisions and substitutions need to be questioned.

The match at the Coliseum Alfonso Perez was always going to be a tough fixture for Barcelona. Getafe are a physical side and difficult to break down, something Barça have struggled against in recent seasons. Furthermore, most of the first team players had just come back from a busy international break. Therefore, the manager made a couple of changes to the starting eleven, which did not work with only Pedri having an impact on the game. Other players looked fatigued as they have hardly rested since the season began. Koeman will need to make better use of his squad if he hopes to win trophies this season.

The line-up against Getafe

There were two changes in the defence from the game against Sevilla. Clément Lenglet returned from suspension, and Sergiño Dest replaced the injured Jordi Alba at left-back. The double-pivot remained the same with Frenkie De Jong and Sergio Busquets retaining their spots. Once again, this midfield pairing struggled to control the game and had limited influence on helping the attack and yesterday, even the defence.

Ousmane Dembele returned to the starting XI after 325 days, but failed to make a reasonable impact. (Photo by GABRIEL BOUYS/AFP via Getty Images)

Several changes were made in the attacking line-up. Lionel Messi continued in a free role for the Catalan side. Ousmane Dembélé and Pedri found themselves starting with Ansu Fati and Philippe Coutinho given a much-needed rest. Antoine Griezmann was allowed to play centrally as a false-nine but failed to take this chance.

Pedri was the stand-out performer, creating the best opportunity for Barcelona to score in the match. On the other hand, Dembélé looked lively but was wasteful in possession and his runs did not amount to much. Messi did not have his usual say on the game and faded in the second half. The demanding fixture schedule must be tiring him out and it does not get any easier with the Champions League starting.

“Messi has been playing a very tight schedule for many years. I want my line-up to be the best possible in each game. Leo is a player who gets even more tired if he doesn’t play. He is a winner.”

Ronald Koeman did not hesitate to make substitutions in the second half. Philippe Coutinho and Ansu Fati came on for a like-for-like swap for Ousmane Dembélé and Pedri. The formation stayed the same, and the decision to take the Frenchman off was unquestionable.

However, with Barcelona still behind in the 80th minute, Griezmann was replaced by Francisco Trincão and De Jong was swapped for Martin Braithwaite. It was a strange time to give Braithwaite his first appearance of the season and the Dane could only do so much in that situation.

Trincao has the potential to be a future great, but needs better chances – both in terms of quality and quantity. (Photo by Angel Martinez/Getty Images)

Busquets ended up as the only midfielder while Barça overcrowded the final third of the pitch with five attackers. Gerard Piqué was pushed up into a striker role too. It looked like a panic move, and at that moment, Koeman let go of all tactics.

The last of the five substitutions by Koeman was another mystery. Riqui Puig was brought on for Sergi Roberto who was playing at right-back. Puig obviously assumed the midfield role, but this left Barcelona’s defence in disarray. A huge gap was exposed behind the backline, and Cucho Hernandez had several opportunities to finish Barça off. With Piqué pushing forward, Clément Lenglet and Sergiño Dest were the only defenders back, with Busquets sometimes joining them. In Riqui’s short cameo, he was isolated in midfield while Messi and Coutinho were crowded out sharing the attacking midfielder role.

How can Koeman fix this?

The issue of substitutions and team selection seems to have carried on to Ronald Koeman from managers in the past, especially Ernesto Valverde in his last season and Quique Setien. Both failed to use their bench enough, subsequently resulting in burnout for the core players. The team was then left shattered during the important matches in the Champions League, La Liga and Copa del Rey at the end of the season.

With Koeman, he does seem confident in making use of his bench, but he could be criticised for overusing some players already. The Dutchman has one of the best Barcelona squads in recent years so he must utilise it. This could mean that his favoured 4-2-3-1 formation might not always be the best. The manager needs to be flexible to get the best out of the team.

It is difficult to watch as another coach overlooks talents like Riqui Puig and Carles Aleña. The former did not feature at all in the first three games and was given five minutes in a hapless situation against Getafe, while the latter is yet to make an appearance. Players like Puig are the future of Barcelona and based on merit, should be one of the first names on the team sheet every week. Koeman must use this excellent squad to the best of its heights through rotations and substitutions, if he wants to survive the length of this season and beyond.

“Barça’s future relies on young players who are growing like Ansu, Riqui, Aleñá, Pedri, etc. They are very important to the future of this club.”