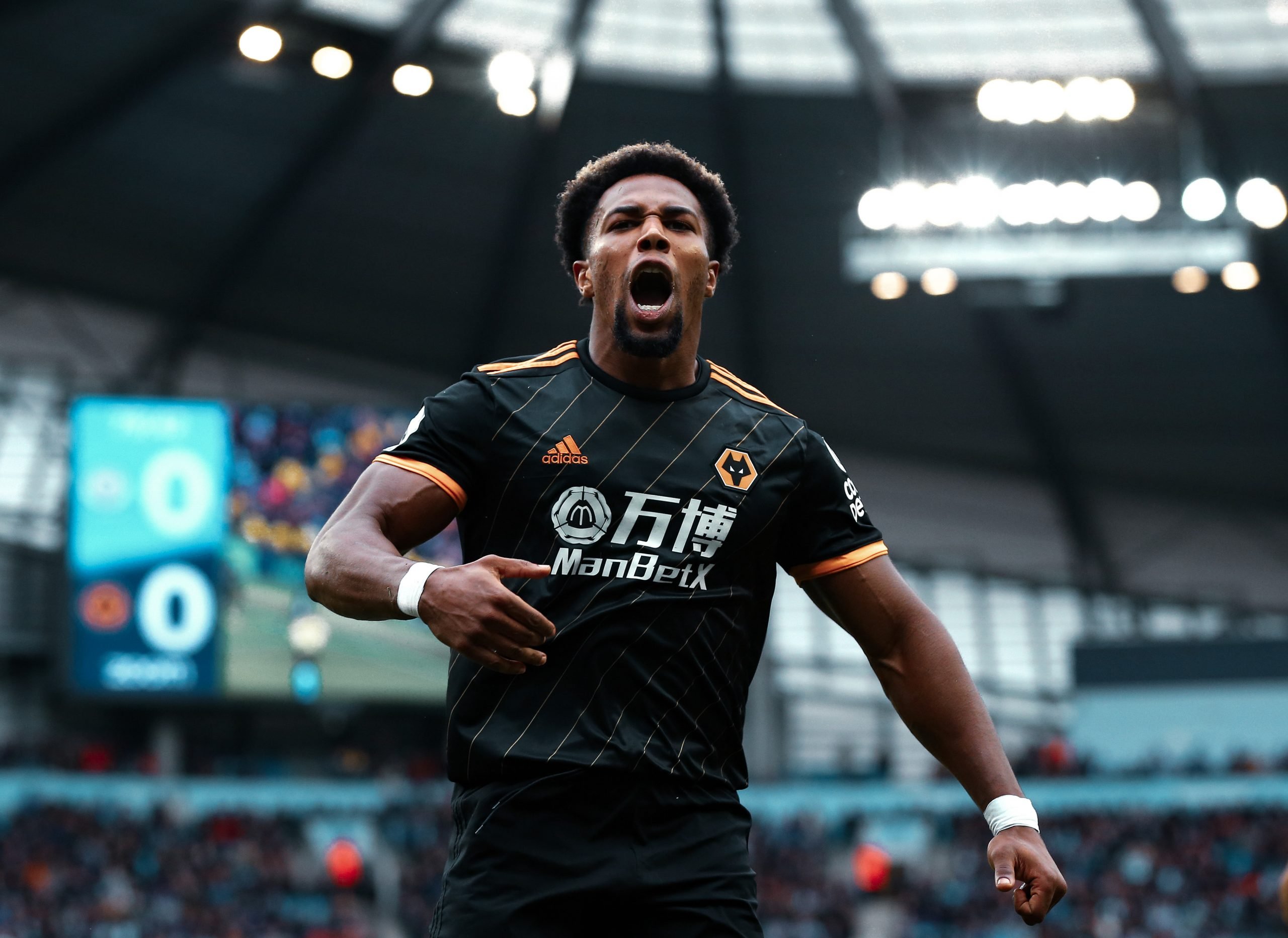 Barça’s prestigious academy has produced countless first-team players and many club legends over the years. However, there are several world-class footballers who have come out of La Masía and are now thriving outside Barcelona at other clubs. Let’s have a look at some of the ones that got away.

For years, La Masía has been considered to be in decline. The relationship between the academy and Barcelona’s first team has deteriorated, and many have hinted at the lack of quality in a youth system that once produced the likes of Carles Puyol, Xavi Hernández, Andrés Iniesta, Víctor Valdés, Gerard Piqué, Sergio Busquets, Pedro Rodríguez and, of course, Lionel Messi.

That said, the main issue has not been a lack of gifted prospects at La Masía, but the lack of visibility and opportunities these have received in Barcelona’s senior side. As we will see in this article, the academy has continued to produce many excellent footballers, but, unfortunately, they have had to find chances elsewhere. In this report, we present five of the former La Masía players who have shone the most around Europe in the 2019/20 season.

Thiago Alcântara is the most high-profile player on this list, and for good reason. Back in 2005, Thiago joined La Masía at just fourteen years of age. He rose up the ranks, showing great promise and earned his first-team debut when he was still only eighteen. He looked set to become the next in the line of Barça’s homegrown midfield maestros.

However, in 2013, Thiago left on a bargain deal to Bayern Munich, due to the now-infamous release clause in his contract that could be triggered should he not receive enough minutes. Since then, the Spaniard has consistently been one of the most well-rounded central midfielders in Europe, and the 2019/20 was arguably his best season yet.

His goals and assists in the Bundesliga did drop from 8 to 3 as he moved into a slightly deeper role this past campaign. But outside of that, Thiago’s numbers were simply sublime. He can advance the ball with passing, he can advance the ball with dribbling – both with extreme efficiency – and he can win the ball in defence. There is not much more you could ask for out of a midfielder than that which Thiago offers.

As a key piece in Bayern’s treble-winning side, it’s now even more clear how costly it was for Barça to let him go. Available for 30 million euros and linked with a move to Liverpool, maybe Barcelona should consider bringing their golden boy back.

From a technical central midfielder to an explosive winger, we now go to Adama Traoré. While he isn’t the typical La Masía product, his immense quality is undeniable. Although to Malian parents, Adama was born in L’Hospitalet de Llobregat, Barcelona, and joined the youth set-up at just eight years old.

As a UEFA Youth League winner and a first-team debutant at the age of seventeen, the potential was always there. Nonetheless, Adama was sold in 2015 to Aston Villa, with Barça electing to take the risk with a three-year buy-back clause in his contract. While he had a slow start and some ups and downs in England, his 2019/20 campaign with Wolves established him as one of Europe’s best wide players.

Despite some parts of his game are lacking, particularly goalscoring, for the areas in which Adama excels almost nobody matches his production. He is close to unstoppable with his dribbling, constantly beating his defender out wide before putting a pinpoint cross into the box.

With 9 Premier League assists this past course, Wolves in European football again for this coming campaign, and a recent call-up to the Spanish national team, everything is looking up for Adama. He may not be the typical Barcelona winger, but it is hard to imagine any side in football wouldn’t benefit from having someone with Adama Traoré’s skillset.

Moving into defence, we now have the Manchester City youngster, Eric García. Unlike Adama and Thiago, García left the club before even playing a minute for the first team. After being in La Masia from 2008 to 2017, the centre-back was persuaded to leave and join Pep Guardiola‘s project in Manchester.

This past season, Eric García earned his first senior minutes and played in many of City’s big matches late after the coronavirus break. To be trusted that much by Guardiola as a teenager is quite remarkable and indicative of the potential the 19-year-old has.

His stats certainly reflect his La Masía development, as his ball-playing numbers range from above-average to world-class. He’s good at anticipating and intercepting passes, as well as containing dribblers. However, García’s weaknesses are found in what we will call “assertive” defending. When pressing opponents on the ball, he very rarely wins it, and his aerial numbers are abysmal.

Still, with Eric García the good still undoubtedly outweighs the bad. If he can improve in those areas to reach even an average level, his brilliant technique and reading of the game will make him one of the world’s best. As he has rejected contract renewals from City, Barcelona fans have plenty to be optimistic about if the rumours of a return are true.

While he may not be as established as those first three names, Dani Olmo is certainly one to watch for the future. After seven years in La Masía, Olmo decided to leave in 2014, once again before a first-team debut. He went to Croatia, joining Dinamo Zagreb. Even if it was a surprising move at the time, it certainly looks like it has paid off for him.

At Zagreb, Olmo gained multiple seasons of top-flight experience as a teenager, in addition to Europa League and Champions League football. Finally, in January 2020, Olmo made his big move to RB Leipzig, who are notorious for their brilliant scouting. While it has been a tough time to settle in at a new club, Dani Olmo showed promising signs.

The 22-year-old midfielder did well to chip in with a few goals in his limited Bundesliga minutes. Although, based on his much-lower expected goals tally, he will have to work on getting in better shooting positions to keep that up.

There are definitely some signs of growing pains and adapting to a new league. His creative passing stats are very low, and his dribbling numbers are awful, possibly showing that he hasn’t quite adapted to the Bundesliga’s intensity yet. Notwithstanding, his elite performance in through balls, as well as pressing volume and efficiency, shows that he fits Julian Nagelsmann’s system well. With more time do adapt, plus some more confidence from his goal in the Champions League quarterfinals, the 2020/21 term could be a big one for Olmo.

Alejandro Grimaldo is the only player here who is currently playing outside of the big five European Leagues, but he by no means lacks the quality to do so. Back in 2011, he played his first match for Barça B at just fifteen, becoming the youngest player ever in the Segunda División. He continued with the B team all the way through 2015, yet he could never break into Luis Enrique’s senior side.

With his contract, and his patience, expiring, Grimaldo left to join Portugal’s Benfica. For years now, he has been one of Europe’s highest-rated young left-backs. While he hasn’t made his big transfer yet, the stats suggest it’s only a matter of time.

No full-back in Portugal was better at supplying chances to their teammates, with Grimaldo leading the league in expected assists and key passes. He excels at getting deep into the attacking third and picking out the right option, an essential skill for any full-back at a big club in today’s game.

He also is very tidy at progressing the ball with his passing, above average with his dribbling, and very efficient in duels with attackers. He’s been linked multiple times with a return to Barça over the years, and with Jordi Alba ageing, Grimaldo certainly seems like a great potential replacement.