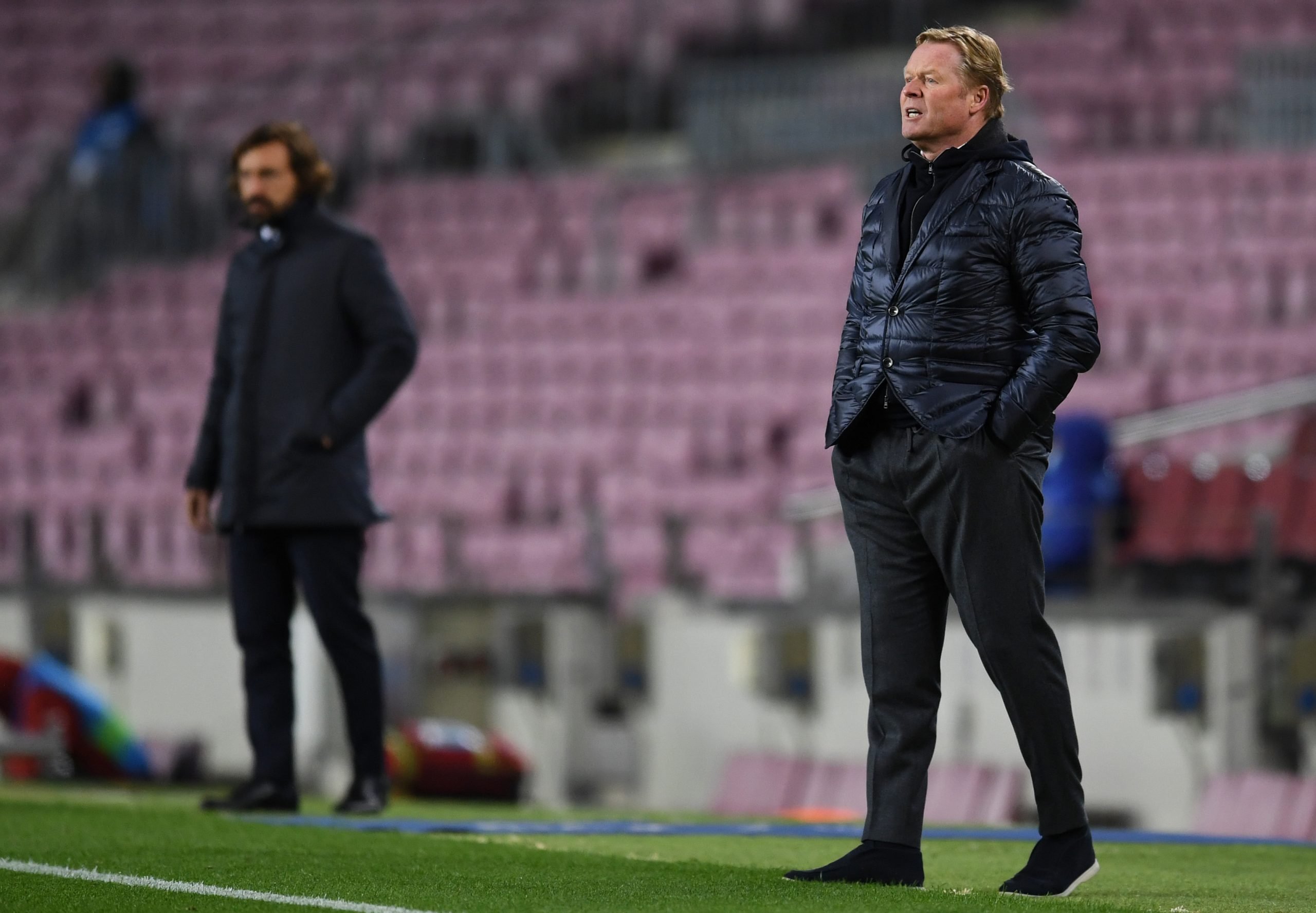 Things are currently quite tense over in Catalonia and at the Camp Nou. Barcelona are once again in dreadful form and the latest team to take full advantage of their disjointed squad were Juventus. Not only did the Italian giants stop an incredible unbeaten streak of the Azulgranas at home but they also usurped the first place in their Champions League group.

This means that Barcelona will now have to face a much stronger opponent in the knockout stages and the players are not especially thrilled about it. But according to SPORT, they are also not really happy with Ronald Koeman either.

The outlet suggests that the dressing room is starting to criticise the coach’s tactics and feels as though the team is not heading in the right direction. Of course, this is not the first time the players are not satisfied with the job their gaffer is doing.

We’ve seen a similar thing with both Ernesto Valverde and then Quique Setién but this time, it’s a bit different. In the former coach’s case, it was the lack of trust in the youth and the academy and in the latter’s, it was his behaviour and general approach.

With Koeman, however, the squad seems to think the tactics are lacking. They believe the 4-2-3-1 system is tactically imbalanced and that’s hurting their performances at the moment. Of course, Barcelona’s traditional system is the 4-3-3, something that they’re taught from a very young age in the academy so they feel that’s the way to go forward.

But the new coach is quite set in his ways and it may be difficult to change his mind. SPORT emphasise that the players like Koeman as a person and as their leader but it’s only the tactical aspect that’s lacking.

Still, that’s a big point to take into consideration for the foreseeable future.