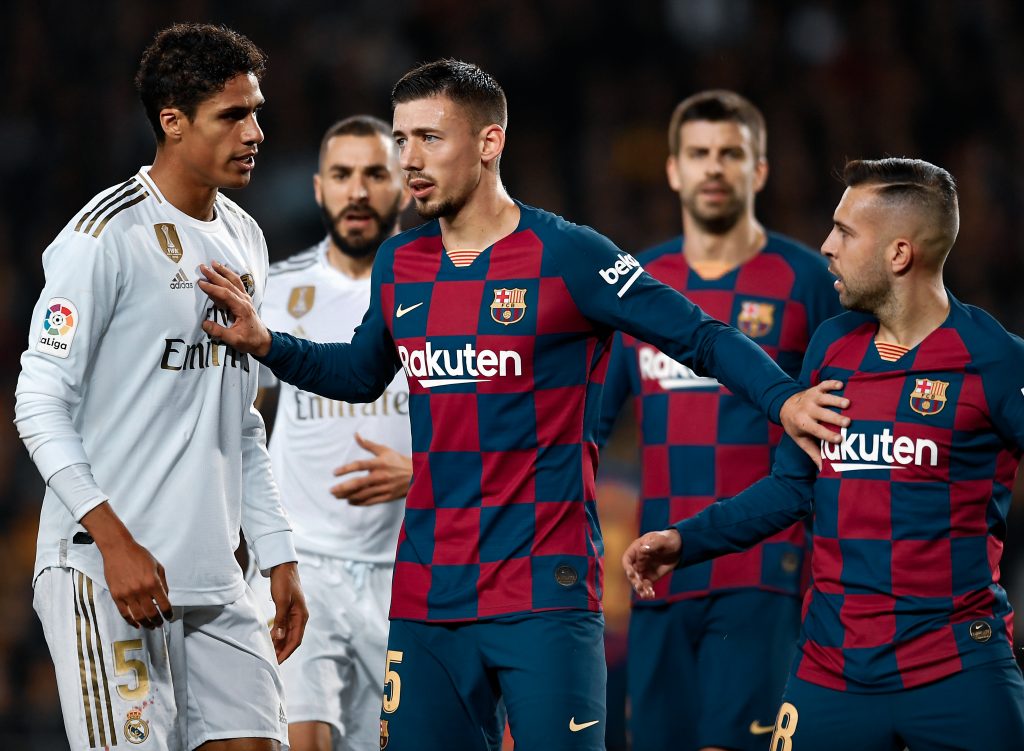 This season, the defence of Barcelona has been shaky. There has not been a settled backline and players have not been at their best this season. If Barça are to win trophies, then the defence has to improve.

It has not been the best season for FC Barcelona so far. A change in manager and a global pandemic has been disruptive, but there were signs early on that the team was not at its best. Its defence has been far from solid, and has already leaked 31 goals this term in the league only. Last season, Barça conceded 35 goals, but there are still 11 games remaining in the current campaign. With a long break, Quique Setién should have had time to try and improve this and may even look to implement has favoured 3–5–2 formation.

Gerard Piqué is the leader in Barcelona’s defence and is the most experienced. Although normally dependable, he can be prone to lapses in concentration and can make mistakes. However, the centre-back is a must-start for the Catalan side, as on his day, not many are as good as him. Barça will need him at his best if they are to win trophies this season. His organisation of the defence and experience in big games are vital to the team. Not to mention he likes to score the odd goal too.

Possibly the most consistent defender at the club, Clément Lenglet never seems to put a wrong foot. It is easy to forget that he is still only 24 years old with his confident performances. Lenglet still has areas where he could improve and is not the finished product yet. Even so, he has formed a strong partnership with Piqué in the past and, while he will be suspended in Barcelona’s first post-pandemic game against Mallorca, he should get a lot of chances at the heart of the defence.

Another left-footed French centre-back, Samuel Umtiti should be one of the best defenders in the world right now. During the start of his Barça career, Big Sam was unbeatable and formed a formidable partnership with Gerard Piqué. Recent knee problems, though, have left him a shadow of his former self and it is uncertain if he will ever really recover from this. Quique Setién seems to favour Umtiti alongside Piqué, but it remains to be seen if he will be able to cope with the busy fixture schedule.

Getting the best out of Jordi Alba has been challenging in recent times. Once arguably the best full-back in the world, the Spaniard seems to have lost a bit of his confidence. Barcelona will need him at his best as he offers so much attacking threat down the left flank. His pace is also a real asset in the backline as it can lack that at times. He should be able to adapt to a left wing-back position easily if Setién wanted to play 3–5–2 as well.

Former Benfica man Nélson Semedo has shown potential with the blaugranas but still has a lot to improve. His defensive side is strong enough but lacks that positional sense and confidence going forward. If Setién considers playing with three defenders again, then Semedo could be a candidate to consider for the right side of the three. His pace and defensive attributes in one-on-ones could see him excel in this position.

Sergi Roberto was converted from a midfielder to a right-back by Luis Enrique in 2015. His transition to this position has worked well and he has real strengths in his positional play and passing. His weaknesses lie in his defending, though, as he is sometimes too easy to get past. A role as a wing-back might be an alternative as he has the stamina and awareness to do well in the position. Setién should consider Sergi as the right-sided wing-back if he resorts to a 3–5–2 formation again. Even if at the start Quique deployed him as the right centre-back in a back three, the Catalan is more of a hybrid between a midfielder and a full-back.

For his ability to take the ball out from the back, Sergi Roberto was at first deployed as a right centre-back in a back three by Quique Setién | Photo by Juan Manuel Serrano Arce via Getty Images

Bought by Barcelona after a great campaign with Setién at Real Betis, Junior Firpo was excellent as a left wing-back in the Verdiblancos‘ 3–5–2 formation. With that said, he has struggled to adapt to the left-back role at his new club, as well as to establish himself despite Alba’s injuries. Although it is still early days, Firpo does look to have potential, but is it enough to reach first team standard? Setién is the man to get the best out of Junior and a role as a left wing-back could be the answer to unlocking his potential.

When Quique Setién initially took over at Barcelona he tried to implement the 3–5–2 formation. It worked well at his previous club, Real Betis, and Barça do have the team to do so. However, after a few unconvincing games the manager decided to resort back to the usual 4–3–3 line-up. The formation alteration does not necessarily change the personnel much, but it does modify how the team is set up to attack and defend.

On paper both formations should work well for the Catalan side. Notwithstanding, it is difficult to judge if either set up would help the defensive woes of the team. A change in formation may not be the best at this time with the azulgranas only just ahead in the league and tied 1–1 with Napoli in the Champions League. Furthermore, there are a number of players that suit the 4–3–3 formation better, such as the wingers. But something has to be changed to stop so many goals being shipped by the Spanish giants.