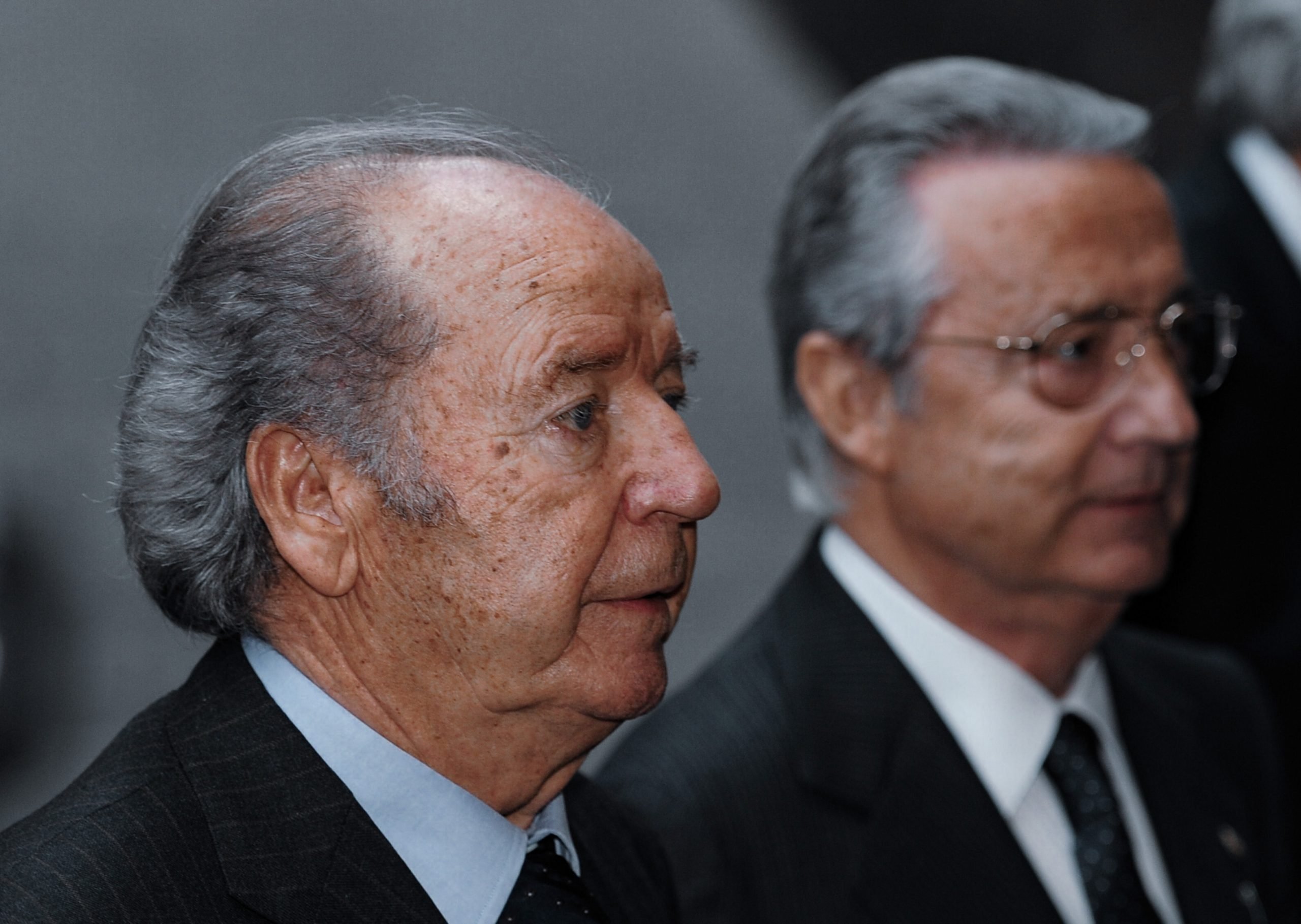 It has been over 32 years since the 1988 Motín del Hesperia, considered the greatest rebellion from the players against their president at Barcelona. Is there something to be learned and applied to the current crisis at the club?

On 28 April 1988, the clock ticked five on a warm Thursday afternoon. The players of the first team of FC Barcelona gathered at a rather unusual location. It was three kilometers from the Camp Nou, at a hotel in Els Vergós street called Hesperia. Twenty-two players, and the head coach Luis Argonés, sat in front of the press and declared revolution against the club management by denouncing then-president Josep Lluís Núñez and his syndicates for the inhumane and unprofessional treatment of the players and the club.

‘El Motín del Hesperia’ or ‘The mutiny of Hesperia’ is remembered as the most convoluted turmoil in the history of FC Barcelona. Moreover, it was the first time in the history of Spanish football that a professional squad of social and sporting relevance such as Barcelona addressed the public to condemn the management. Thirty-two years later, the club is going through yet another darkened and melancholic period. This demands our attention to revisit the infamous crisis in the past to understand and possibly delve into the context to convene its relevance in this brand new crisis.

Josep Lluís Núñez, son of a customs officer, was born in Barakaldo, in the Basque province, in 1931. Núñez went on to build the biggest construction company in Catalunya, called Núñez i Navarro. He was elected the president of FC Barcelona for the first time on 1 July 1978 and went on to create a legacy for himself and the club. Núñez’s presidential tenure at the club was considered to be one of the most successful in terms of a brimming trophy cabinet.

Having built a business empire, Núñez emphasised more on the business aspects of the club, thereby providing financial stability to transmute the club into a commercial entity. However, the mutiny of Hesperia transformed Núñez into one of the most controversial figures in the history of the club.

There was a long chain of events that both sporting and management resonated in this mutiny. In 1987, Núñez deployed a new business model, which would allow the club to pay fewer taxes on the player wages. Under this new policy, the club was able to transfer half of the player wages into an image rights contract, which were significantly less taxed. This model was highly beneficial for the club and footballers, as they would receive a higher portion of their wage. Since then, everything went peaceful as both the management and players were in terms.

Nevertheless, moving on to next year everything was going wrong for Barcelona. The 1988 season was absolutely irregular and devastating for the team. Luis Aragonés, who endeavoured a counter-attacking style at Barça, took advantage of the fast and agile profiles of ‘el Lobo’ Carrasco and Gary Lineker upfront. But his tactics were out of place on the pitch and results were not promising. Barcelona had already surrendered La Liga to Madrid with a 23-point difference and four matches left to finish the season. Things were not different in the European competition, as they were knocked out by Bayern Leverkusen.

The late Luis Aragonés, legendary Atlético de Madrid and Spain coach, did not enjoy a too bright spell at Barcelona, though he inherited a poor situation from previous manager Terry Venables | Photo by Jamie McDonald via Getty Images

To make matters worse, there was an inquiry by the Spanish authorities into the club’s new business model and the verdict went against the club. The inspections arrived and demanded the club to reinstall the wage contracts in accordance with the La Liga regulations. The players approached the management in good faith, demanding that the club persuade the authority either to validate the set-up or to make the difference. On the other hand, the fans were protesting and inculpating Núñez for the disappointing campaign. Already in a tough position with the fans protesting for the resignation, Núñez managed to overturn the situation to put blame on the players.

Barcelona had lifted the Copa del Rey after beating Real Sociedad in the final. The squad and Aragonés gained confidence back from the fans. Still, Núñez declined any agreement between the management and players regarding the tax violation and demanded the players to repay the tax due back themselves. Furthermore, Núñez had his priorities and he favoured some players over others. Outraged by the decision, the squad mobilised under captain José Ramón Alexanko and coach Aragonés and assembled at the Hesperia hotel to register the discontent openly.

The press hall was crowded with journalists and captain Alexanko presided over the meeting. He presented a seven-point statement in which the management and Núñez, in particular, was denounced of having “deceived, humiliated and disappointed” the club. They were determined for the resignation of the board, thereby establishing tranquillity and stability at the club. They accused Núñez of dehumanising the institution’s values that embodied the idiosyncrasy of Catalan football.

The aftermath of the mutiny was rather unexpected and resulted in one of the biggest restructurings in the history of the club. The mutiny had failed and didn’t accomplish anything since Núñez was able to change the spotlight to the players. The perception of fans changed the fate of the mutiny, as they indicted the squad for the miserable and surreal season. The footballers were considered a bunch of tainted mercenaries and the fans demanded a total restructuring. There were banners from the fans supporting Núñez and rejecting the players for organising such a revolution.

As the fans turned in favour of Núñez, he went ahead for a massive clean-up. This resulted in an exodus of players and the appointment of a certain Johan Cruyff as the new manager. Only ten footballers remained in the team, including two of the main figures of the uprising such as defender Alexanko, who was favoured by Cruyff for his project, and goalkeeper Andoni Zubizarreta. Núñez rebuilt the squad with the help of Cruyff and went on to have one of the greatest eras in the history of the club.

Now, the mutiny of Hesperia may have floundered to achieve its purpose, but it is a reminder of how the collective response from the squad had such an impact on the club. If not for the unexpected reactions from the fans, the board and Núñez may have been relinquished from the power. So what is the relevance of the Hesperia mutiny now?

This ongoing turmoil may have been an entirely different precedent, yet the common factor remains the lack of high-quality management. There are things from the 1988 mutiny that we can learn and possibly not repeat in this new crisis. It is important to examine different perspectives and contexts before arriving at a judgment.

After an astoundingly disappointing season, the players were already threatened and it is impossible for them to denounce the management. Even so, the feud between Lionel Messi and president Josep Maria Bartomeu assembled the fans against the management. At this point, it is important for the squad to mobilise and respond as a collective. It is pertinent for the squad to express their discontent against a management that lacks ambition and diverts away from what the club stands for.

“We have a sporting crisis, not an institutional or club one”

In the case of Hesperia mutiny, the fans were divided and some were in agreement with Núñez. Since Messi has become the prime figure in the present crisis, the squad can come out in support of him, which would help them to gain the trust back from the fans. Even though Ronald Koeman was appointed and has already announced a restructuring for the club, it is vital for the club to have a board with ambition and respect for its heritage. Núñez was able to rebuild the squad and had an immediate successful campaign. But is it worth taking any more chances with this board?

Since this board was elected, the club has lacked a high level of sporting quality. There were improper, irrational and irrelevant decisions culminating to this downfall. It is up to the players now to decide whether to defend the badge they are wearing or to stay in their safe zones. While the club is going through a moral and identity crisis, it is in the hands of the players to take the step and expose the disagreements in the open. The history of both Catalunya and Barcelona constitutes the stories of revolution and resilience. It is time for another one.