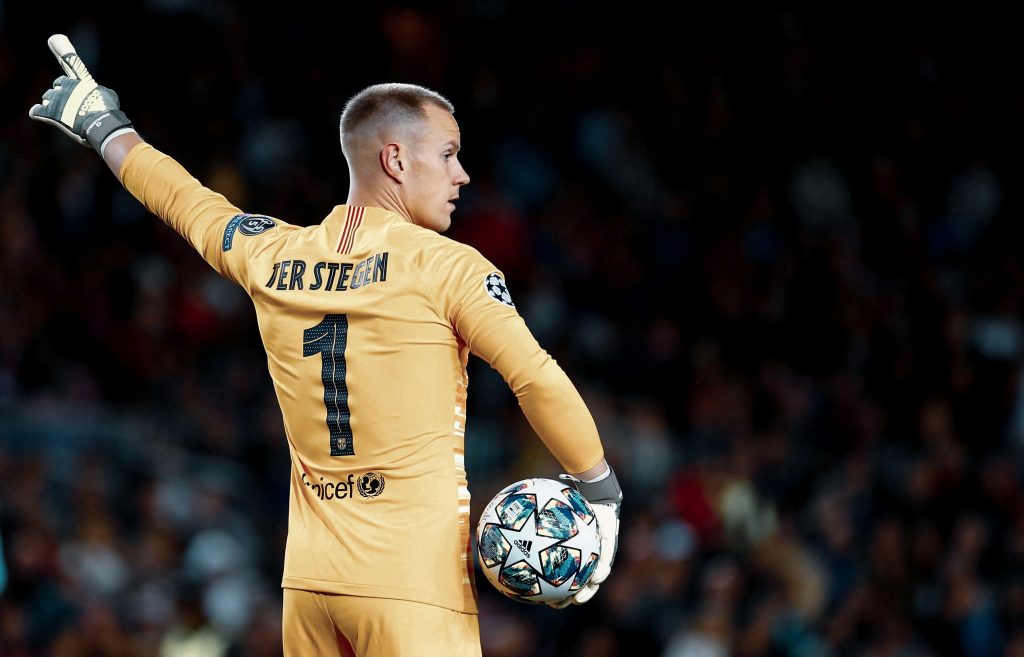 Six years ago today, Marc-André ter Stegen was unveiled as Víctor Valdés’ replacement, bringing serenity and confidence to the side. Now a regular fixture in every Barcelona manager’s plan, let’s celebrate the German and hope he stays for many more years at the Camp Nou.

Loyalty is one of the most sought-after qualities in football. Icons often become club legends due to their longevity in the game and at one specific team. The likes of Carles Puyol, Xavi Hernández and Andrés Iniesta were some of Barça’s most loyal players as they plied their trade at the Camp Nou for over a decade, winning numerous titles along the way. However, the current generation of footballers seems so much more inclined to move.

Footballers in smaller clubs seek transfers to the biggest, and that’s why players like Kylian Mbappé or Ousmane Dembélé ended up at PSG and Barça respectively in their teenage years. Loyalty is measured by the time spent at a club, and some players become club icons even if they did not come through the academy. One of the best examples is Marc-André ter Stegen.

A product of Borussia Mönchengladbach’s academy, Ter Stegen had four impressive seasons between the sticks at the Borussia-Park before packing his bags for sunny Barcelona. A 12 million euros fee was enough for M’Gladbach to let go of their wonderkid. A bargain. The German immediately hit the ground running and started cup games while Claudio Bravo was breaking records in the league. Manager Luis Enrique spent two seasons with this formula before promoting Marc to the first-choice keeper and selling Bravo.

Ter Stegen was excellent from the get-go, though. Of course, he pulled some ridiculous saves, just like the one against Robert Lewandowski in the Champions League semi-finals in 2015. Even so, the German was error-prone. Reminiscent of Manuel Neuer when he was younger, Ter Stegen always was an eccentric keeper that liked rushing out of goal to play the ball with his feet or his head. Well, much to his displeasure, in the 2015 Spanish Super Cup Athletic Club’s Mikel San José scored a volley from the halfway line after a poor Ter Stegen header. The game ended 4–0, and it’s fair to say many people began to lose faith in the youngster at this point.

The German is not a quitter, though, and never would he let such a damaging moment ruin his Barcelona career. Helped by Luis Enrique’s confidence in him, Ter Stegen worked on his game. Both on the mental and the technical part of his game. He first wanted to become a Barcelona citizen and live like he was born there. In an interview, he showed his routine in the city, and his perfect Spanish and improving Catalan made him look like a real native from Barcelona.

❛ I know exactly what I’ve done wrong after games. We are all human and sometimes make mistakes, so I try to be open to all criticism as it helps me to get better. Nobody wants to make mistakes, but they are good experiences for the future ❜

Mentally, he has shown his progress many times, but no episode was quite as significant as the 2017 Remontada against Paris-Saint Germain. The Barça keeper made everyone around him feel his determination to overcome a 4–0 debacle at the hands of PSG. When he conceded Edinson Cavani’s goal at Camp Nou, the hopes of a comeback seemed to be over. But not for Ter Stegen. He went crazy according to Javier Mascherano. “We do not die here; Barcelona never dies”. These were the words of the motivated goalkeeper and his never-give-up mentality was evident as he was at the receiving end of the foul that made Sergi Roberto’s famous goal in the epic 6–1 win.

Besides this, Ter Stegen has never stopped growing as a player and saved Ernesto Valverde’s Barça many times as they began crumbling frequently under pressure. In three seasons under Valverde, the German used his hands a lot and kept a lot of clean sheets in a team that looked somewhat shaky at the back. Clean sheets against Juventus, Atlético de Madrid or Real Madrid are always welcomed, and Marc-André has a plethora of those.

In his first season with Barça, Ter Stegen was already key in winning the Champions League and Treble in 2015 | Photo by Paul Gilham via Getty Images

Nevertheless, even without a clean sheet, Ter Stegen could still be named Man of the Match. The best example could be the 3–2 win over Madrid at the Santiago Bernabéu Bernabéu in 2017. Lionel Messi stole all the headlines as he scored the winning goal at the dying minutes of the game, but Ter Stegen was as crucial as his Argentine captain. Marc-André saved 12 shots and initiated the counter-attack for Messi’s second goal. Shots flooded him, but he still managed to come out on top more often than not.

The number 1’s evolution in net for Barcelona is remarkable. Replacing Víctor Valdés would never be an easy task, and even the Spanish international had mistakes in his game. The way Ter Stegen took these recurring errors and rarely made one of them passed a certain point is admirable. Now, under Quique Setién, his footwork is required, and in general he never really gets it wrong with his feet.

❛ As a Barça player, rondos and positional games are important. I’m trying to improve and it’s easy to do that here surrounded by so many good players because you have no choice but to adapt ❜

In a clash at the Camp Nou Getafe coach José Bordalás tried to criticise Setién for his gameplan. “I don’t want my goalkeeper to give 69 passes. What I want to do is create chances to score”, Bordalás argued. But this high involvement possibly came in as a compliment to Ter Stegen. With astronomical figures for a goalkeeper, it shows that Marc-André can play different roles even when he is in goal. A testament of his outstanding ability.