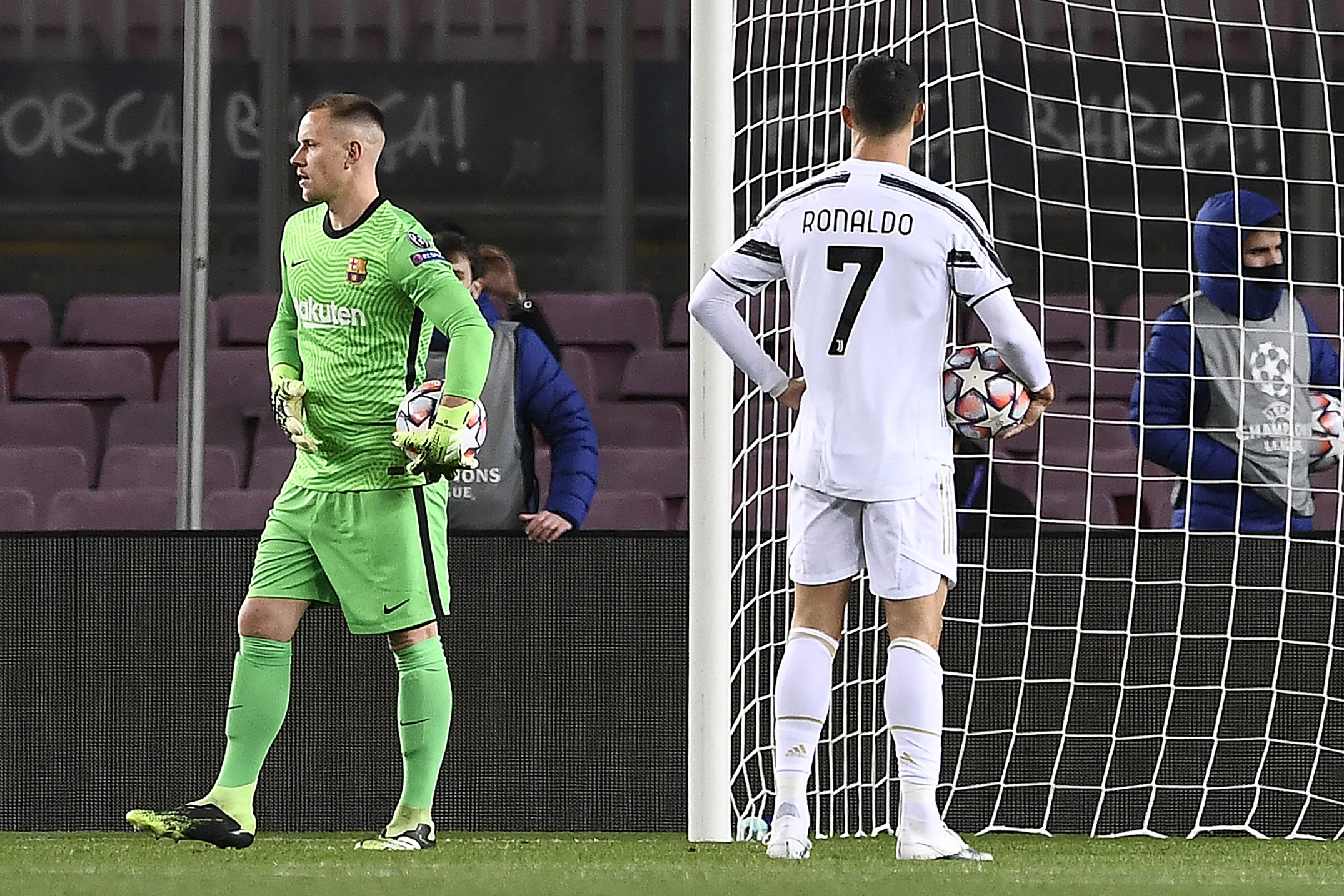 After winning all of their games in the group, Barcelona lost 3-0 at home to a weak Juventus side, the game that mattered. Marc-André Ter Stegen, who was not at his best against Juve, explained the reason why his team lost (via Barça TV+).

The German goalkeeper was not on the same page with Culés at all — in fact, he did not think that the scoreline reflected their performance, and stated the two problems at the club:

The result is painful. There is a big margin for improvement, but we were not very bad. We have two problems: individual mistakes and the way we defend.

We have to work hard, and will face strong clubs in the upcoming fixtures.

The result means the Catalans will face incredibly tough opposition in the next round indeed, with the likes of Bayern Munich, Manchester City, Liverpool, Chelsea, or Dortmund. Considering the team’s poor results in the League, it surely will be a tough draw for the Catalans. With low team morale, it looks like Barcelona’s season is slipping through their hands.

Returning to the game, Ter Stegen claimed that the two halves were played differently, with an emphasis on ‘not creating chances’ in the first half:

We all played well in the second half, and created many chances. That’s what we didn’t do in the first half…

As things stand, eyes have turned on coach Ronald Koeman, as this is not the first nor the second time his team disappointed. Despite the poor results against Real Madrid, Atletico, and Cadiz, the Dutchman has still not addressed his tactical approach.

On Sunday, we will see whether Koeman’s Barcelona will manage to correct their mistakes, but at the same time, Culés are tired of the ‘move on’ mentality. They want results, results when they matter the most.