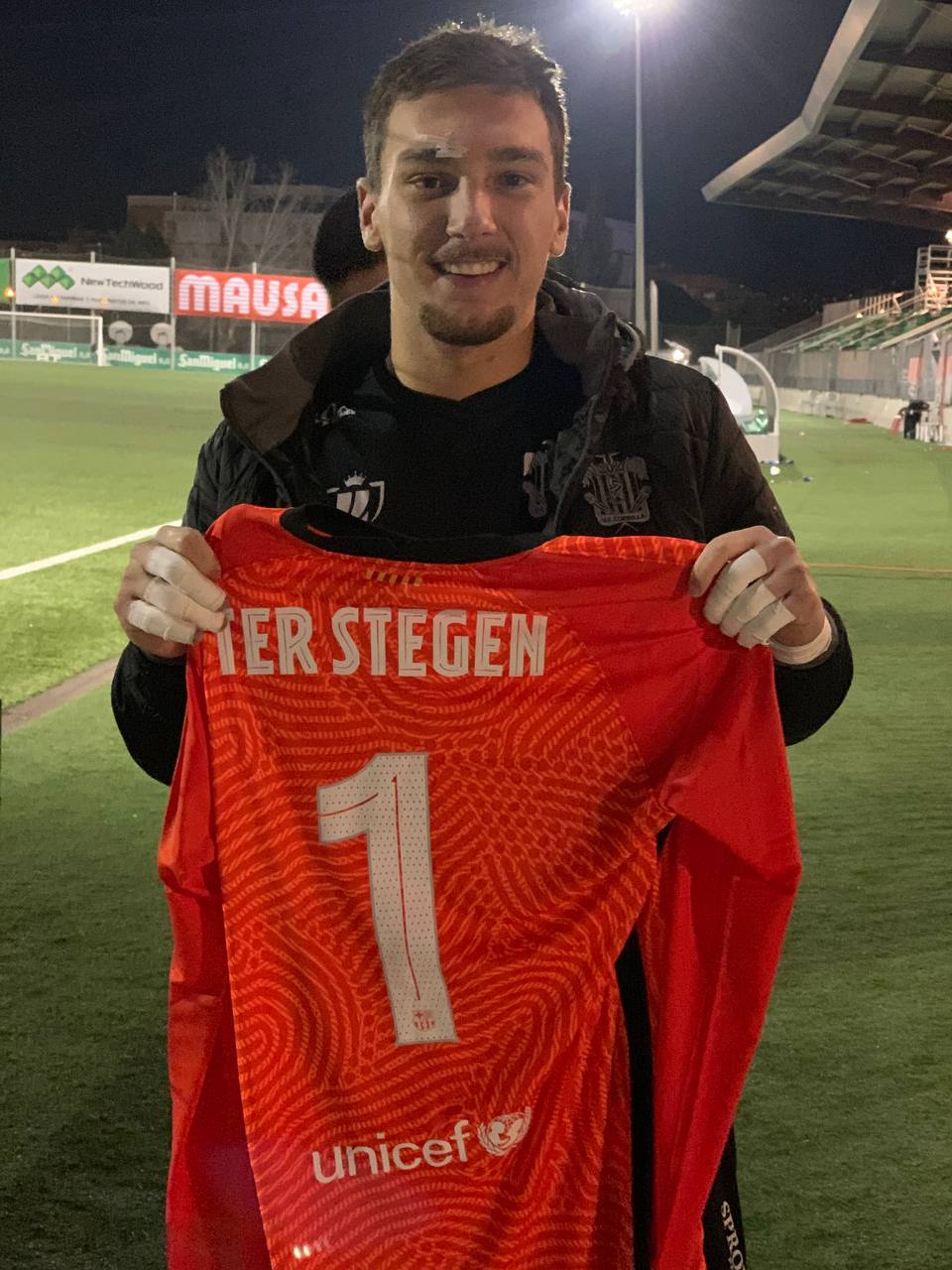 Barcelona were nearly stopped in their tracks by Cornella by a top-notch defensive display, led by the masterclass of Juan Ramon, the goalkeeper. The 21-year-old Spaniard made save saves on the night, including two penalties, one each from Miralem Pjanic and Ousmane Dembele. He looked set to take the game to a penalty shoot-out, only for the deadlock to be broken by Dembele in extra-time.

Either way, keeping a clean sheet against Barcelona for over 90 minutes, in a knockout tie, no less, deserves huge applause. And we are not the only ones to think so. Barcelona’s #1 Marc-Andre ter Stegen, thought so, too, and exchanged jerseys with Ramon in the process.

Even though Neto was the starting goalkeeper on the night, this goes to show the maturity of ter Stegen, and one of the many reasons why he deserves to be among the four captains of Barcelona.

Starting on the bench on the night, ter Stegen approached the Spaniard after the game to praise him for a show-stopping display, and gave him his jersey in the process. Ramon appeared before the cameras after the game to show them the shirt, and had high praise for the German.

“Ter Stegen is the most complete goalkeeper in the world.”

Ronald Araujo held the fort for Barça through the two hours they spent trying to crack open the Cornella defence. However, a stormer of a shot from Ousmane Dembele and the garnish from Martin Braithwaite in the last minute of the game was enough to see Barcelona through to the Round of 16.

The draw for the next round, scheduled for Friday, 1:00 PM CET will decide the next round rivals for Barcelona, with the contenders being Real Sociedad, Real Valladolid, Granada, Sevilla, Real Betis, Levante, Osasuna, Villarreal, Valencia, Almeria, Rayo Vallecano, CDA Navalcarnero, Athletic Bilbao, Girona or CD Alcoyano. Having played Bilbao twice this month, and another game against them scheduled for the 31st of this month, fans will be hoping for a change of pace.