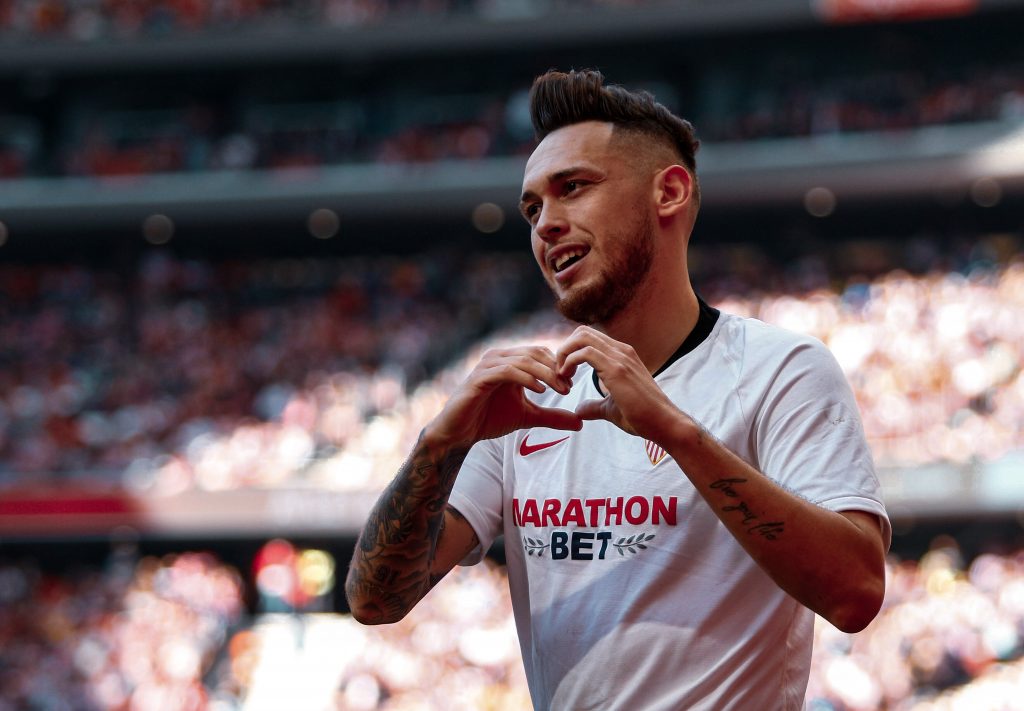 As Barcelona heads to yet another crucial fixture, this tactical analysis will shed light on the strengths and weaknesses of high-flying rivals Sevilla.

Barcelona marches forward with a 100% win record after beating relegation battlers Leganés by 2–0. However, it must be said that they will be encountering their toughest test yet by locking horns with Julen Lopetegui’s Sevilla. The Spanish tactician has massively improved the Andalusian outfit who are on course to securing a Champions League berth.

Sevilla has always been one of La Liga’s most challenging sides to beat. It goes without saying that the Ramón Sánchez Pizjuán stadium is a fortress where they hardly have a bad game. Throughout the years, they are known for pulling off the upsets at the top which shift the course of the title race. Their form in Europe, particularly their Europa League ventures, make them a highly reputed side. Nevertheless, their fans and board have always had a feeling that they were underperforming in comparison to their potential.

Sevilla is a team that certainly strives for consistent Champions League football. Fortuitously for Los Nervionenses, they now sit at third, two points ahead of Atlético de Madrid. Julen Lopetegui has taken the side’s overall performance, tactical capacity, and potential to another level. The former Madrid boss has an essential need to prove his previous employers wrong by succeeding at Sevilla.

After an unsuccessful spell at Real Madrid, Julen Lopetegui is proving all his quality at Sevilla | Photo by AFP7 via Imago

Fortunately for Sevilla, the usual third horse of the title race, Atleti, aren’t having their best season. As a result of this, Lopetegui’s side has managed to cling onto third place despite displaying occasional inconsistencies. Since the restart, they have won the El Gran Derbi against Real Betis by 2–0 and drew their second match against Levante by 1–1.

They had an outstanding start to the season where they sat at the top of the table after four matchdays. But as the games progressed, their form dropped off. But the current season has been remarkably unpredictable, with several sides fighting for the Champions League spots. With only four points between them and sixth-placed Getafe, Sevilla’s Champions League hopes aren’t cemented yet. And so, beating Barcelona would bolster their chances of finishing third.

As seen from their league finishes, it is understood that they have always been the side loitering around the Europa League spots. With an extremely talented squad and a board that has backed its manager, they could be heading towards their best finish in recent periods.

Unlike Leganés, who had a more direct need for restricting their tactical prowess, Sevilla will be a more strategic battle. Lopetgui is no short of a tactician when compared to Setién. The footballing world is aware of how unfortunate he has been with both the Spanish national team and Real Madrid. On both occasions, he wasn’t given the time needed to show what he is capable of. Despite the rough endings, both Spain and Los Blancos showed glimpses of fluid, fabulous, and dominant football.

❛ I want to win every match and that the team responds at any given time. When we score, we search for the second ❜

At Sevilla, Lopetegui has stuck with a consistent attacking version of a 4–3–3. With a preference of having a striker who is capable of strong hold-up play, they sacrifice the pace in the attack. Dutchman Luuk de Jong was brought in with clear intentions of increasing the aerial threat and overall deadliness in the opposition box. In compensation to his lack of pace, two high-paced electric wingers are deployed on the flanks. Lucas Ocampos, Munir El Haddadi, Rony Lopes and Suso are the variety of options available at Lopetegui’s disposal.

The midfield comprises of a conventional distributor, creator, destroyer trio. Despite former Porto man Óliver Torres being the player who is most capable of pulling strings, Lopetegui has kept switching his midfield trio. Sevilla’s squad is relatively large in size when compared to other La Liga sides. And this gives him the luxury to continually test and try out different combination of players.

The defence is a combination of experience and youthfulness. Captain Jesús Navas leads the team from right-back. On the other flank, Sergio Reguilón, on loan from Real Madrid, is performing well. 21-year-old Jules Koundé has also been pitching efficient performances for them, though it has been the more experienced Diego Carlos who has been standing out the most at centre-back in his move from the Ligue 1.

Julen Lopetegui
after beating Betis a week ago

Sevilla’s key strength is their ability to move the ball upfield quickly as they efficiently build from the back. Every Lopetegui side’s prime trait is to amp up the pace while attacking. The transition between the lines happens rapidly, with the holding midfielder responsible for being a ball-winning shield for the defence. On both sides, the full-backs are attack-minded. Reguilón and Jesús Navas prefer to advance ahead on every occasion possible. And so, to compensate this, the midfield pulls a shift to make sure they aren’t defensively short in numbers.

As already stated, Sevilla has a squad filled with talented players throughout the pitch. Each individual is capable of hurting Barcelona. But the player who is currently receiving massive praise for his performances over the season is Argentine winger Lucas Ocampos.

Ocampos has been on fire lately. With 11 goals and 3 assists, he is one of the most proficient wingers in the league. Joining from Marseille this season, Ocampos is currently having his best season statistically. It is his first season where he has crossed 10 goals in the league and is on course to becoming a crucial player for his national team.

With 65 out of 137 dribbles completed this term, he is a fantastic dribbler who is capable of beating defenders with ease. His pace allows him to glide past opposition defenders and is extremely challenging to face. He is naturally a progressive winger and always aims to move the ball ahead using his pace, trickery, and deceptiveness.

Defensively, he tracks back well and presses upfield to dislodge the opposition’s confidence with the ball. His contest with Jordi Alba or Junior Firpo will be a battle worth looking into. Irrespective of who starts at the left for Barcelona, Ocampos will make it extremely tough for the Catalans.

Though Barça has an advantage in terms of head-to-head, the hosts will prove to be a tough challenge. Both sides have high expectations and intend to finish the season strongly. The blaugranas will be missing Frenkie de Jong in the midfield and Sergi Roberto at right-back, as both are injured. The scope for Sevilla to exploit the flanks is high, and the midfield will have to cope without De Jong’s distribution. Overall, an intense game awaits the league leaders who can’t afford to slip up. Both Barcelona and Sevilla will be looking for three points as they have the respective Madrid clubs chasing them closely from behind.

• Ánimo Unzué. The former keeper and coach announces he has ALS