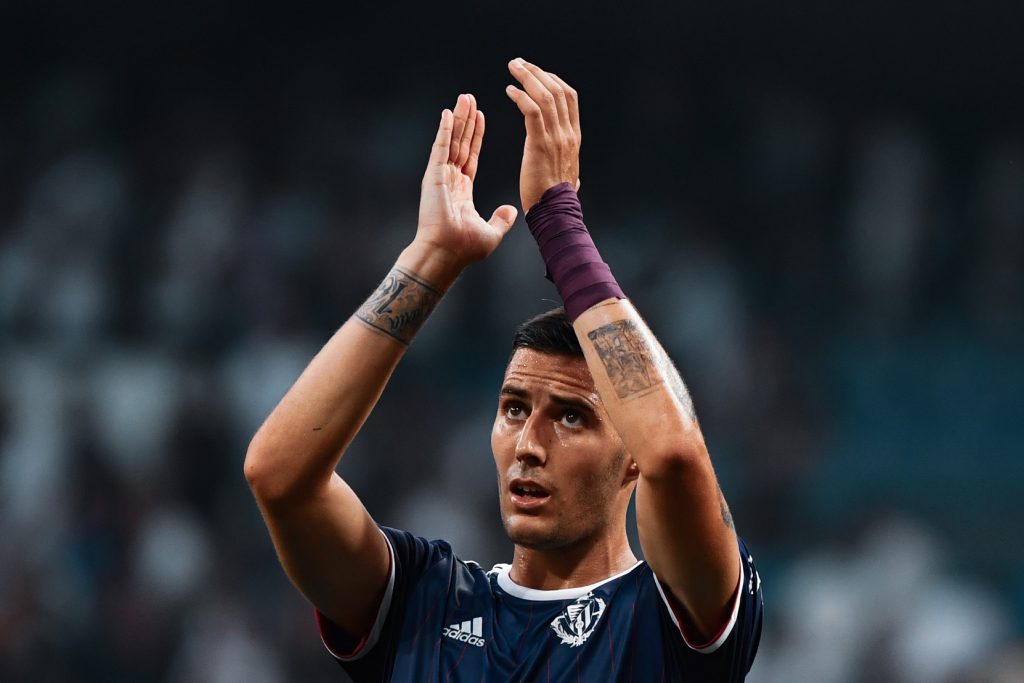 Barcelona visits 14th-placed Valladolid in aims of building on the lacklustre win over RCD Espanyol. Ahead of yet another crucial game, this tactical analysis shall shed light on the strengths and weaknesses of Real Valladolid.

Quique Setién’s Barcelona faced massive backlash for its performance against bitter city rivals RCD Espanyol. Despite claiming the bragging rights in the Derbi Barceloní after a 1–0 win, it was not enough to convince the fans. Notwithstanding the inability, for the blaugranas to carry the 4–3–1–2 formation has frustrated several supporters. They now have a chance make amends for that performance as they travel to the Estadio José Zorrilla to face mid-table outfit Real Valladolid.

Real Valladolid is a club that is still getting its feet wet in the Spanish top flight. After gaining promotion in the 2018/19 season, the aim has been to attain stability in La Liga. The principle motive for any club that reached the first division will be to ensure that they don’t go down immediately. And fortunately for them, manager Sergio González Soriano guided the Pucelanos to a 16th-placed finish last season.

Now at 14th, they see themselves seven points ahead of the drop zone. And so, with three matches remaining, their place in next season’s La Liga is virtually confirmed should they manage to get even a point against Barça. Despite not being mathematically safe, it’s highly unlikely of them to go down with the games running out for the teams in trouble.

“The team is on a very positive streak, since the break we have played really well”

With the two remaining fixtures after Barcelona being fellow mid-table clubs SD Eibar and Real Betis, Valladolid will look to finish the season on a good note. From the table’s perspective, Barça are the ones who need the points more than the hosts. With Quique Setién’s side having only three games to leapfrog their rivals Real Madrid, who have a four-point lead, nothing short of a win is helpful. On the contrary, even if the outcome of the match doesn’t affect Valladolid’s agendas, Sergio González will be looking for a strong performance against the reigning champions.

Sergio González likes to play with a double pivot, and so, he has continued to alter between 4–4–2 and 4–2–3–1. The former formation is the one that he prefers the most, while the latter is the one that gives his team a bit more freedom. These two formations are every mid-table manager’s favourite. These systems give what the coach intends to create. It allows teams to play either dominant football or compact defending.

For sides that are inferior in terms of both squad depth and technicality, the priority will always be to have more men behind the ball. A compact system that closes spaces for the opposition to work into can even bail teams out against some of the top sides. And because the hosts have conceded 39 goals while scoring just 29, there is a need for prioritising a secure backline.

They have been better since the restart, conceding only six goals in the eight games they have played. Sergio must have certainly watched the Catalans struggle against Espanyol and will look to emulate a similar amount of rigidity. There is no question as to who will be dominant with the ball. And so, counter-attacking at the right time is their best shot in giving the azulgranas something to think over.

The challenge for Barça will be to find spaces between the lines. As everyone saw, the diamond midfield seems ineffective against teams that sit back. Versus Villarreal, Setién’s approach worked perfectly because they pressed and attacked with intent. While attacking, teams tend to leave spaces behind, and a quality side like Barcelona can exploit that with ease.

It will be interesting to see if Setién will shift the system against Valladolid’s low block. He might have found a way to play Lionel Messi, Luis Suárez and Antoine Griezmann in a system that works against competent sides. But against the inferior sides, that may not be the case. However, with Ansu Fati suspended, there aren’t many options for the Spaniard to pick on the flanks. And so, he may give this system another shot against a deep block.

Despite being a side that struggles for goals, the Blanquivioletas possess skilled individuals that could hurt Quique Setién’s men on the break. Having signed expert dribbler Hatem Ben Arfa on a free transfer, they have a player who may be low on confidence, but a nightmare when he gets going. Notwithstanding, the player who should be kept quiet is striker Sergi Guardiola.

The left-footed attacker is quick and sturdy, capable of causing havoc in the air. He is persistent without the ball, pressing sincerely and closing down spaces when the opposition tries to build from the back. He has six goals and two assists in the league and is a crucial source for goals in a team that’s scoring less. Sergi’s aerial presence might be a problem for the Catalans’ centre-backs. He wins most of his duels in the air, and will physically edge out defenders who have a smaller frame.

The challenge for Gerard Piqué and Clément Lenglet will be to win the first and second balls in the air. Valladolid is likely to hoof long balls straight from goal kicks. Coach Sergio González has the license to play with either one striker or two up top. It will not be a simple task to handle both Sergi Guardiola and Enes Ünal upfield, with the former always unwilling to go down without giving a fight.

A better performance from Barcelona is mandatory. That said, in this period of uncertainty, the minimal requirement is getting all three points. The league is heading towards closure. With games running out for the azulgranas, nothing short of a win can help them in their hopes of retaining the title. With Real Madrid looking less likely to drop any points, the least the defending champions can do is put up a fight till the last matchday.

“Why couldn’t we take on the challenge of beating Barcelona? It would be the end-of-degree prize, the cherry on top of the cake”

An intriguing clash awaits the Catalans, who travel to Valladolid. The outcome of the game is likely to go in favour of the visitors. But if the system doesn’t work, then the hosts have all the qualities to make Barça pay for their inconsistency. Having already struggled on the road against lower positioned sides like Celta de Vigo, nothing can be considered as a walk in the park. Should Sergio González’s men manage to weather Barcelona’s storm of pressure and keep the midfield under control, they might nick a result.

Disappointment against sides that they were least expected to lose is the reason why Barcelona isn’t at the top of the table. The inconsistencies still need to be ironed out, and the tactics are yet to be fine-tuned. With only nine points left for the taking, winning all the games left may not get the job done for the culés. Madrid could be crowned as champions on the penultimate matchday if they continue to win all their matches. However, until the league is mathematically over, Barça cannot give up without giving a fight.