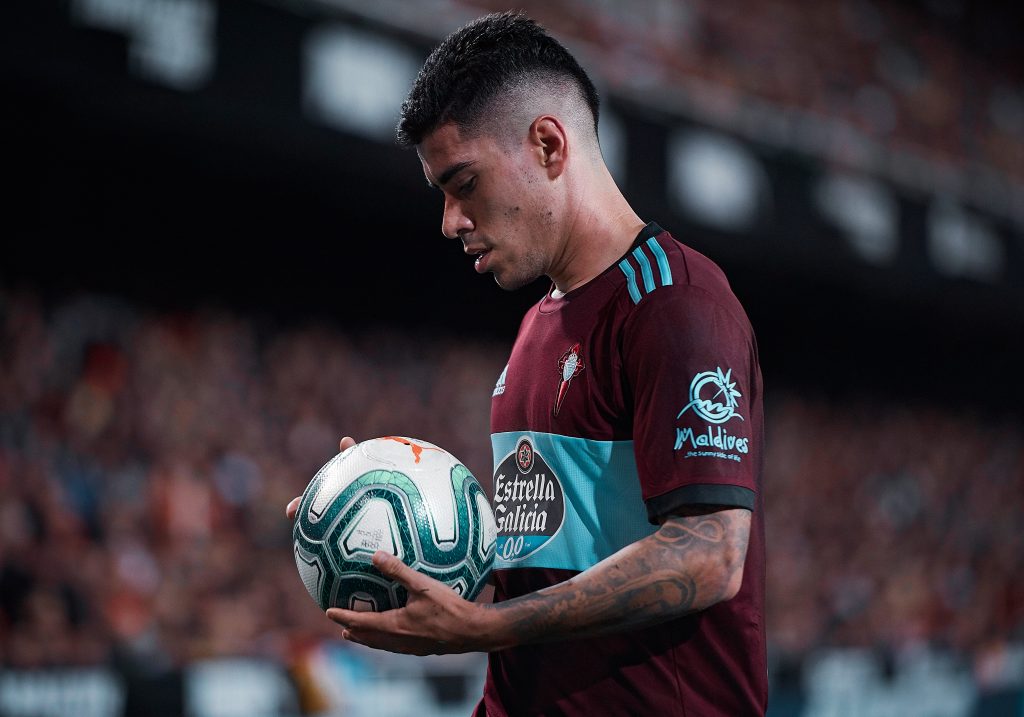 After getting back to winning ways against Athletic Club, Barcelona will be back on the road against Celta. Despite battling relegation, they will pose a striking challenge for Quique Setién’s team. And so, there’s a need for looking at the strengths and weaknesses of Celta de Vigo in this detailed tactical analysis.

We now head to matchday 32 as Barça prepares to once again play before their rivals Real Madrid. The Catalans have been shuffling between alternate home–away fixtures, and are now once again the travellers. They will be visiting the Estadio Municipal de Balaídos on Saturday afternoon to face a relegation-threatened but rejuvenated team lead by former Barça man Óscar García Junyent.

As a player Óscar García was an academy graduate who spent a total of 15 years at Barcelona including his period as a young prospect. From 1984 to 1999, he was nurtured with the Barcelona way before heading off to different parts of Spain. During his time as a footballer at Barça, he won four league titles, two Copas del Rey, the UEFA Cup Winners’ Cup, and the UEFA Super Cup.

His career as a manager saw him move across different parts of the globe, before finally returning to La Liga in 2019. He took over from Fran Escribá in November, after the Spaniard was sacked within his first season as Celta’s coach. Since then, García has guided his side to seven wins, nine draws and six losses, with a 31.82% win percentage.

Celta now sits at 16th place, seven points clear of the red line. However, their improvement in form wasn’t immediate. García’s first match as the Célticos‘ boss was precisely against Barcelona at the Camp Nou, which his side lost 4–1. Since then, which was in matchday 13, it took them till matchday 23 for them to climb out of the relegation zone. With continual stretches of draws, their escape from the drop spots was slow and gradual.

Nevertheless, since the restart of football, they have been in sumptuous form. Óscar’s team lost the first game to Villarreal and then drew to Real Valladolid, but then followed it up with a 6–0 thumping of Deportivo Alavés before beating Real Sociedad 1–0 at Anoeta. Scoring seven goals and conceding just one since the restart, they look a lot more threatening in all departments.

As you can see, there has been a gradual decline in Celta’s league performances over the past years. Prominently, it was last campaign that required a miraculous escape from relegation. Finishing four points ahead of 18th-placed Girona, Iago Aspas single-handedly carried them out of the inevitable drop by scoring 20 goals.

Indeed, aside from Aspas, there isn’t much consistency from the rest of the team. And this is the primary reason why they have fallen from a top-half side to relegation battlers. Until Óscar García took over, it looked like Celta was going to go through yet another uphill struggle for staying in La Liga next term. Still, with seven matches left to play, they can even target a finish in the top half as they are only nine points behind tenth place.

Under Fran Escribá, the Celestes were set up in a 4–4–2 with a double pivot of defensive midfielders shielding the backline. Notwithstanding, despite trying to compensate with the lack of quality at the back by increasing numbers, they were in free fall. By matchday 12, they won only two games, drawing three and losing seven. Escribá was replaced after four uninspiring consecutive losses. He didn’t try to switch the formation and didn’t attempt any tactical alterations which deservedly cost him his job.

Óscar, on the other hand, had more depth in terms of tactical understanding. One quality that he absorbed from his period as an azulgrana midfielder was the ability to read the game well. He wasn’t the most gifted footballer, but as long as one could understand Barça’s philosophy, it would suffice. He carried the club’s traditional 4–3–3 with him as a coach and has been trying to implement the same at Celta.

Indeed, the primary goal wasn’t to have them playing pretty football but to survive relegation. Because of this, Óscar shifted between 4–3–3, 3–5–2, 3–4–1–2, 5–3–2 and 4–2–3–1. He has been implementing different formations that vary with the tactical magnitude of the opposition. Either way, he has fielded a 4–3–3 on eight occasions, implying that at some point, he wants them to emulate the Catalans’ golden style of play.

The one thing Óscar must be appreciated for is him willing to compromise for the sake of attaining results. Numerous managers are adamant in their tactics and don’t alter them even if they aren’t working for the club. García, on the other hand, shuffles between back fours and back threes, fielding an extra centre-back whenever he thinks there is a need for more protection.

The acquisition and loan, respectively, of former Barcelona players Denis Suárez and Rafael Alcântara has provided more creativity in the midfield and up top. Aspas no longer looks like a lone warrior. And now that they have signed Nolito from Sevilla as an emergency signing, the manager has many attacking options.

Óscar García must be well aware of the fact that his side cannot win the midfield battle against Barça, and so he might look to overload the central portion of the pitch. Attempting to emulate the Barça way against the blaugranas might not work due to the mismatch in quality. He is likely to play for a result, and not get the excellent form they’re in into his head. But there will always be an element of unpredictability. As he is a manager who has so many tricks up his sleeves.

Denis Suárez and Rafinha have improved the overall squad depth and quality. Fyodor Smolov and Santi Mina are excellent centre-forwards. And winger Nolito is a wonderful addition with a profile that their squad was missing. Clearly, they pose a transcendent number of attacking options and are a team that can pull off surprises wins against the big outfits. Nonetheless, there is no doubt that one man carries the entire ship. Iago Aspas is the player Quique Setién’s side should unquestionably keep an eye on.

Already at 11 goals and 2 assists, Aspas seems to be having yet another high-grade season despite being in a relegation battling side. He has started 30 out of the 31 games so far and has always been a player who gave his 100%. Since returning to Celta after a disappointing season at Liverpool and then Sevilla, Aspas’ form upfront has only been improving exponentially.

Iago Aspas, the genius and saviour of Celta | Photo by Joaquín Corchero / Cordon Press via Imago

He has scored 14, 19, 22, and 20 goals in the four years so far, and is likely to hit the 20-goal mark this season if Celta continue their excellent form. Last course, he carried them out of the relegation zone by scoring or assisting almost every single one of the club’s goals towards the closing stages.

Currently, he is one of the most underrated attackers across Europe. He is progressive, smart and deadly in one-versus-one situations. With a dribble success rate of 66.7% ( 52 / 78 ), Aspas has managed to unlock defences by weaving through them by himself. He has made a total of 134 touches in the opposition’s penalty area this season, which makes it an average of 4.5 touches per game. A player of Aspas’ quality getting an opportunity to make those many touches in the opposition box, despite being a winger, means that the Catalans should be mindful while defending.

Over the past two games, Barça left-back Jordi Alba has had to face two quality wingers in the form of Lucas Ocampos and Iñaki Williams. Aspas will be his third big challenge in a row. But judging by how well the Barcelona backline has been in the recent games, Iago will have to pull off something special to unlock the defence, and he is very capable of that.

Balaídos has always been a tricky trip for Barcelona. And now that they are in form, the challenge ahead for Setién’s men must not be underestimated. A reunion awaits Rafinha and Denis, who will have to be at their best alongside Aspas. While Óscar García will also be looking to show his boyhood club how far he has taken Celta since they last met.

Los Blancos will be watching Barcelona’s clash with Celta, as they had already dropped points against them at the Santiago Bernabéu just before the lockdown. They will be facing RCD Espanyol, and are unlikely to drop points against the side that is rock bottom. With off-pitch disturbances lurking the dressing room, there are chances of Setién’s side not being at the best of their concentration. But anything less than a win against Celta would severely weaken their chances of retaining the title.