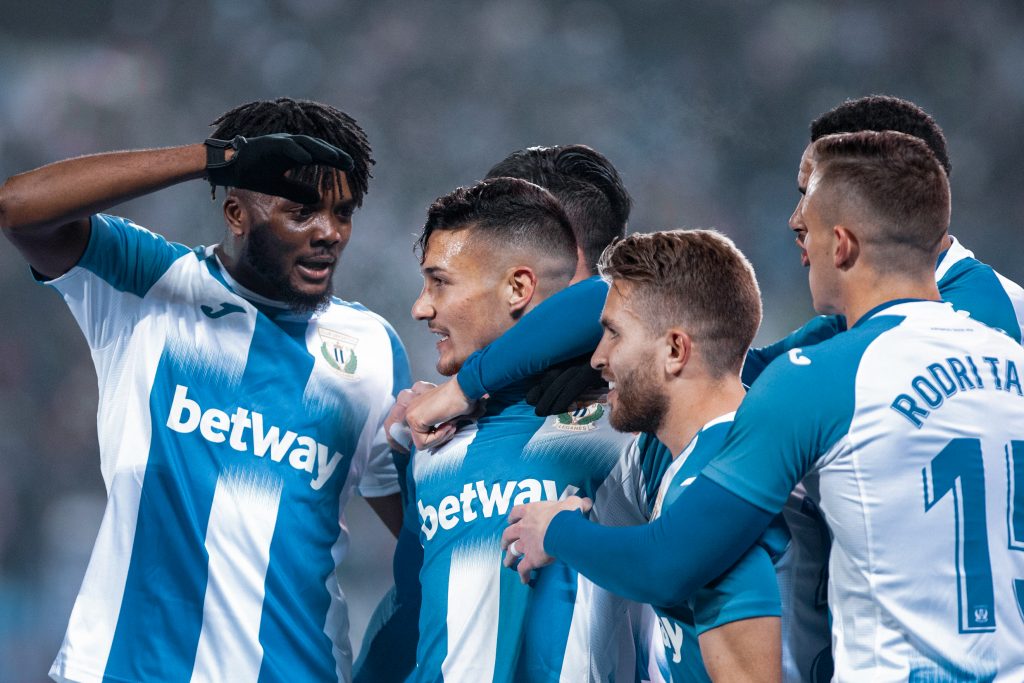 As Barcelona cannot afford to drop points at the top, this tactical analysis will put some light on the strengths and weaknesses of Tuesday rivals CD Leganés.

After a comprehensive victory over RCD Mallorca, Barcelona will be hosting Leganés at the Camp Nou. The Catalans will be inviting a side that is struggling massively in its fight for survival. The Madrid-based club are going through a crisis, but still aren’t a free hit in terms of points. This is the rivals Barça will encounter on Tuesday at 22:00 CET:

CD Leganés are in yet another relegation battle. Every season, we see a side that continually struggles to keep its spot in the Spanish top flight. While they have been picking themselves up every season, it is the current one that seems to be extremely bleak. Manager Javier Aguirre has a herculean task ahead of him in ensuring that his side stays up. Sitting at second from bottom with a goal difference of –19, Los Pepineros will be visiting Barcelona knowing that they are running out of time.

In their three seasons at La Liga since gaining promotion, Leganés have trifled with the relegation battle and survived barely. While last season was fairly successful when compared to the first two, the form hasn’t carried on to this season.

After Asier Garitano’s lengthy spell at the club, he left for Real Sociedad at the end of the 2017/18 season. Following his departure, Mauricio Pellegrino took over and they had a fantastic 2018/19 campaign to their standards. But the following term, he was sacked in October 2019 due to poor results. Mexican boss Javier Aguirre then stepped in and steadied the ship. It is worth noting that when Pellegrino was sacked, Leganés were rock bottom at only two points. The fact that Aguirre managed to keep this side in the relegation battle from such a dire situation is worthy of praise.

But now, he needs to make sure his team survives the drop. They are three points off safety, which isn’t a massive margin considering the number of matches left. But their form hasn’t been promising. 5 wins, 8 draws, and 15 losses out of 28 matches indicate that there is a need for change. They need to start picking up points in every game, and the trip to the Camp Nou is probably the biggest challenge.

At the start of this season, Mauricio Pellegrino tried and tested several formations. His priority was ensuring that there were more bodies at the back. Switching between 5–3–2 and 3–4–1–2, he tried to make sure that the compensation for the lack of quality would be the increase in the number of defensive players. However, things went wrong. After nine matchdays, they were at 20th, picking up only two points.

Youth coach Luis Cembranos took charge as an interim manager for three games where they managed to get their first win of the season. He went with a more attacking 4–3–3 or 4–2–3–1 approach. Yet the club couldn’t entrust the relegation fight to a youth coach and opted for an experienced tactician.

Javier Aguirre took over the reins and immediately reverted to a back five. The results have improved, but they are yet to win back-to-back games. Aguirre has prefered to grind results and has spent lesser focus on an entertaining style of play. Despite the compromise in the attacking approach, he has implemented a system where his side gets a substantial amount of possession.

With the wing-backs attacking judiciously, the priority is to maintain a compact shape. Every single player takes part in the defensive duties, while the creativity is left to one or two players. While they have successfully hit teams on the counter, there isn’t much quality to achieve it frequently.

Despite struggling for sustenance, Leganés saw how they lost their best players midseason. The club failed to keep the attackers who were more likely to win matches for them. Youssef En-Nesyri left in the January transfer window after Sevilla paid their €20-million release clause.

❛ The match against Leganes will be special for me, but when I’m on the pitch, I don’t have friends. When you’re my opponent I will do everything to beat you ❜

However, the move that stings the most is the transfer of Martin Braithwaite. Braithwaite joined Barcelona after the blaugranas were allowed to make an emergency signing due to the long-term injury of Ousmane Dembélé. Unfortunately to Leganés’ ill fate, they weren’t allowed to make an emergency signing to replace the Dane, who was their best player. Undoubtedly, this enraged the fans, manager and several neutral football enthusiasts.

With Braithwaite and En-Nesyri’s exits, the focus will be on central attacking midfielder Óscar Rodríguez. The 21-year-old who is on loan from Real Madrid is the club’s leading goalscorer with 8 goals. He is Lega‘s best player and the most likely source for goals. In spite of being a midfielder, he pushes upfield with the ball and can also function as a secondary striker.

Fortunately for Barça, they don’t have to look to contain his involvement because he is suspended. Óscar would’ve been looking to impress his parent club Madrid by pitching in an excellent performance that could’ve got Los Blancos closer to the top spot. In his absence, they will have to look elsewhere for inspiration, which is going to be extremely challenging.

Indeed, Barcelona host a side that has problems all over. But a team that is struggling in the relegation zone would be having extra motivation. Such sides tend to be easy to break down after scoring the first goal, yet, if the entire group manages to remain focused throughout the game, they tend to be frustrating. Either way, on paper, the difference in quality is massive. Leganés would be playing for a draw, but could also punish the blaugranas if the locals are wasteful. In completely opposed situations, it will feel like a final for both sides.