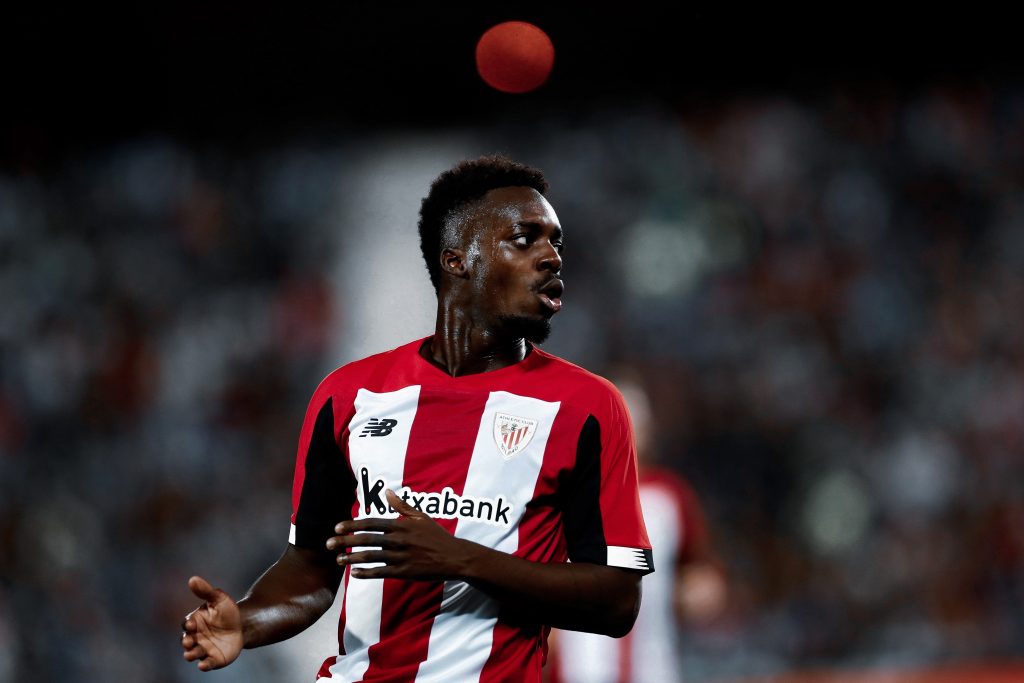 As Barcelona looks to dust their disappointing stalemate over Sevilla, they face yet another challenging opposition. The strengths and weaknesses of Athletic Club require detailed observation, and this tactical analysis aims to shed light on that.

After a goalless draw with Sevilla on Friday, Barcelona lost the first place to Real Madrid, who beat Real Sociedad by 2–1 to go on top on head-to-head. From hereon, should both sides win all their remaining games, then Los Blancos would be crowned champions. Nonetheless, both Quique Setién and Zinedine Zidane will be looking to take it one game at a time, with the former aiming to get back to winning ways this evening. However, Setién’s men host a team that has already beaten them twice this season, Athletic Club de Bilbao.

Athletic Club have always been a team that has high expectations, but lately they have failed to meet them. They possess a squad that is capable of asking questions to the biggest sides in the league. In the past, they have beaten both Real Madrid and Barcelona through some sumptuous goals from Aritz Aduriz. Unfortunately, the 39-year-old has retired, because his body can’t handle the intensity anymore.

“The time has come. Many times, I have said that football will leave you before you leave it. The doctors told me to go see the surgeon sooner rather than later, to get a prosthetic to replace my hip and to try and go about my everyday life, as normally as possible. Unfortunately, my body has said ‘enough'”

Notwithstanding, despite losing Aduriz’s presence in the dressing room, they still have a balanced squad in terms of both youthfulness and experience. They currently sit at ninth place on 42 points, but will be looking to make a late run to qualify for the Europa League. Even if they don’t finish in the European spots, they can always give it another go by beating fierce rivals Real Sociedad in the Copa del Rey final.

While the Basque Derby will be one of the most awaited fixtures for Athletic, they still have eight crucial games left in La Liga. Since the restart, they have drawn twice and won once. Their first game in over three months was a 1–1 draw with Atlético de Madrid. Against the Colchoneros, they were the better side. And so, the chances of them being capable of picking up points against Barça are high.

Coach Gaizka Garitano has based his side around solidity, organisation and efficiency in attack | Photo by AFP7 via Imago

Coach Gaizka Garitano took over the reins from Eduardo Berizzo last season in December 2018. Berizzo left the side in the relegation zone after only two wins in 15 games. Garitano took them from the bottom three to an eight-place finish, which sums up his capabilities as a manager. The club rewarded him with a contract extension until June 2021 for his fantastic work over the past year and a half. With the possibility of bettering last campaign’s league spot, Gaizka will hope to mastermind his team on an excellent run in the remaining games.

He is an ambitious manager who has reads the game very well. Having already beaten Barça once on the opening match week of this season, and then in the Copa del Rey semi-final, Gaizka will be betting on his team to pull off a third win. He has picked up wins against both Ernesto Valverde and Quique Setién and will have a plan in store when they travel to the Camp Nou.

Athletic is a side that is extremely challenging to negotiate with in terms of transfers. They have a strict policy of signing only Basque-based players, and this is something well-known across Spain. They either promote youth talents who graduate from their academy or only sign players who are of Basque origin. As a result of this, they rarely lose their best players, with the club run in a rather systematic manner.

At the start of this season, they sat at the top of the table on matchday 5, with three wins and two draws. Nevertheless, their form began to dip massively, after dropping points against mid-table sides. Despite making it to fourth place on matchday 15, they couldn’t keep their spot in the top four, as they went on a ten-match winless run.

Their transfer policy, club culture, and overall objectives had made them a consistent side that finished in the top eight. Aside from the horrific 2017/18 term, they have always been in the battle for the Europa League. They will be looking to push for European football this season as well.

Gaizka’s primary formation is a 4–2–3–1 with a double pivot of a distributor and a destroyer. However, he has tried hands at a 3–5–2 / 5–3–2 on a few occasions this season depending upon the opposition’s tactical profile. In the 4–2–3–1, the width is provided by attacking full-backs and fast wingers. While the central attacking role varies from time to time, the team doesn’t have issues in terms of creativity.

From a possessional perspective, they are a versatile outfit. Athletic don’t mind relinquishing possession depending on the game-plan, and the type of opponent they face. But on the flip side, they can play highly entertaining football when they have the ball. With quality players like Iñaki Williams – who rarely misses a game –, Raúl García and Iker Muniain in the attacking department, they can cause problems for Barça.

Defensively, the experience of 29-year-old Iñigo Martínez, the composure of Yeray Álvarez and the youthfulness of Unai Núñez provides a balance to the backline. With three solid centre-backs, they will be relying on two or all of them to maintain the defensive unit. With left-back Yuri Berchiche suspended, Mikel Balenziaga is likely to be given the nod, and he is more defensive. At right-back, Ander Capa provides excellent service of the ball. He is the club’s leading assistor, with four assists. As a defensive unit, Gaizka would be proud of his team, as they boast the third-best defence in the league, behind both Madrid clubs.

The Catalans are most likely to have more of the ball, but what matters is what they do with it. Gaizka wouldn’t mind approaching the game pragmatically to make things extremely challenging. But if Setién’s side can’t do anything with the ball, then there is no point in having that much possession. Against Sevilla, the azulgranas‘ weakness in midfield was visible. While Athletic’s away form hasn’t been the best, they can knick a point or even cause an upset if they manage to win the midfield battle.

Athletic Club’s attack, although underperforming, must not be underestimated. While Raúl García is the club’s top scorer for this season at ten goals, the focus on Iñaki Williams is obligatory. The Lions have scored only 33 goals this season. Their poor form upfield is the main reason why they aren’t higher up the table. Still, Williams has never been the type of winger to score a phenomenal number of goals.

He is at six goals for this campaign and is likely to reach his previous tally of 12 goals if Athletic finishes strongly. Williams is one of those players whose contribution to the team goes far beyond goals and assists. For starters, he is virtually always available. Since the 15/16 season, he hasn’t missed a single game due to injury. His ability to stay fit throughout the year gives him an undisputed favourability over Iker Muniain.

Williams is a fast player who loves to make lung-bursting runs throughout the pitch. He presses well, with 50% of his press attempts made in the attacking third ( 167 out of 332 ). Furthermore, he is extremely good with the ball. Although at times he tends to lose possession because of overhitting Iñaki is a talented dribbler. He has a success rate of 59.7% ( 43 / 72 ) and can take on players with ease.

Just like Lucas Ocampos, defending against Williams is also likely to be a herculean task. Alba will find it easy to match Iñaki’s pace. Even so, if he has a lapse of concentration, then he could let the winger through on goal. The only thing that Iñaki must improve upon is his finishing, and if he manages to do that, he will be one of the best wingers in La Liga.

With both Barça and Athletic having different aims for the season, the game is likely to be an even contest. That said, the visitors already know what it takes to win against the culés. Even though the Camp Nou is a fortress for Barcelona, they need to turn up to the occasion. Unlocking the defence will probably not be as easy as one may think as they are up against one of the league’s best defences.

Similarly, over-reliance on Lionel Messi cannot continue, as the Catalans just couldn’t break through Sevilla’s defensive unit when the Argentine had an off-day. Furthermore, anything short of a win would be a massive blow to their hopes of retaining the title. Quique Setién’s team has been tactically superior on several occasions. But there is no point in dominating if there are no goals to show for it. Anything short of a win would give the advantage to Real Madrid, who are likely to take all three points against Mallorca later this week.