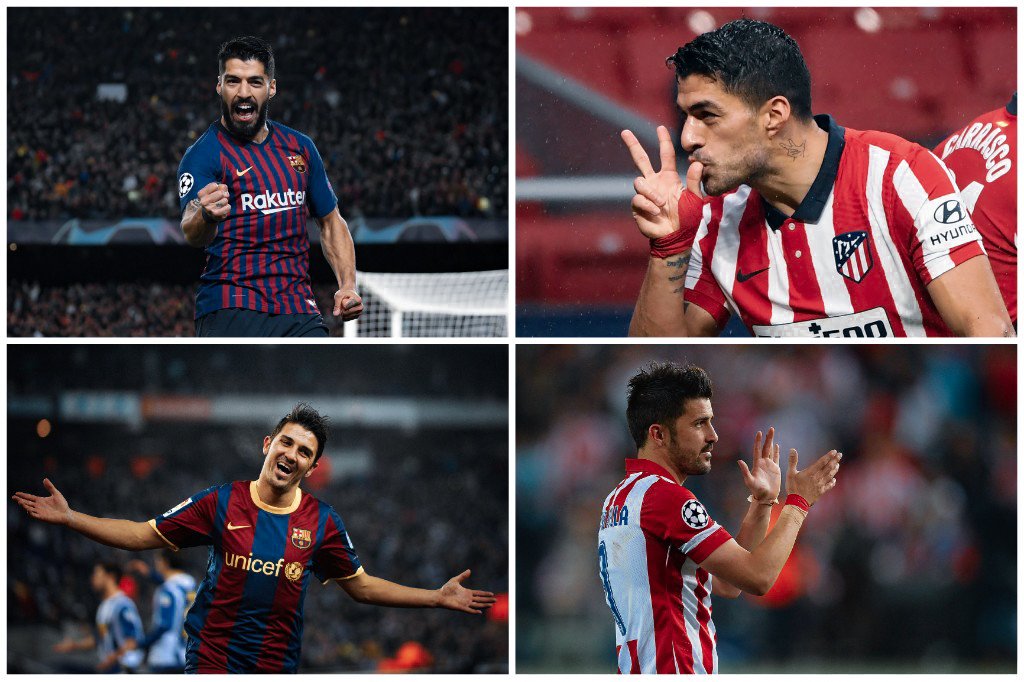 After the loss to Bayern Munich put a thumping end to a disastrous campaign, Cúles were promised a revolución. This was meant to entail a complete squad overhaul as well as a new manager. When Ronald Koeman arrived, he notoriously helped speed this process up through a series of phone calls. One of these players swiftly told their “time at the club was up”, was Luis Suárez. Along with the Uruguayan were Arturo Vidal and Ivan Rakitic, all of whom were let go abruptly and unceremoniously.

Although Suárez was coming off an underwhelming season and was no longer at his world-class best, there were and still are reservations about how he left. He is a club legend — their third all-time goalscorer in fact but was cast away like something entirely else. So much so, unrelated footballing legends had to chime in the conversation.

On September 23, he signed for Atlético Madrid after six seasons on top for the world with Barcelona. Eerily enough, it’s a story we’ve seen before.

The circumstances of Suárez’s departure were all too familiar for cúles. In the summer of 2013, after three years with the club, Barcelona sold 31-year old striker David Villa to Atlético Madrid for five million euros. In Villa’s three seasons with the Blaugrana, he scored 48 goals and notched 23 assists.

He was behind to only Lionel Messi in terms of goals scored in that time frame. Injuries and a lack of playing time eventually stained his stint, but questions were raised about letting him go to a direct rival. Consequently, Madrid ended up winning the league that year. With the Rojiblancfos sitting atop La Liga this season, in no small part thanks to Luis Suárez’s contributions, will history repeat itself?

A Brief but Successful Spell

David Villa moved to Barcelona in summer 2010, after helping Spain lift the World Cup trophy in South Africa. His reputation was already world-class as he was revered as one of the best forwards in the world. He was coming off back-to-back campaigns of over 28 goals for Valencia and was integral in Spain’s Euro 2008 Championship where he was the tournament’s top scorer, and 2010 World Cup where he contributed 75% (scored five and assisted one out of eight total) of Spain’s goals, earned the Silver Shoe, and a place in the tournament’s All-Star team.

In the spring of 2011 he would eventually become Spain’s all-time leading scorer (59 goals), a record he still leads with by 15 goals. Suffice to say, his move to Barcelona was met with no shortage of expectations…

With the Catalan giants, El Guaje formed a deadly trio with Lionel Messi and Pedro Rodríguez. He was situated at left-forward, atypical from his preferred central role, but was vital to the team’s success. His positioning, intelligent runs and lethal finishing helped Barça secure the Supercopa de España, La Liga, and UEFA Champions League in 2010/11. He finished his first season with 23 goals and 11 assists, not to mention scoring a beautiful finesse-shot against Manchester United in the UCL final.

His next two seasons with the Catalans were marred by injury and an eventual lack of playing time, but he always performed whenever available. During his three-year stint, he won one Champions League, two La Ligas, one Copa del Rey, one Club World Cup, two Spanish Supercups, and a UEFA Supercup.

Fool me Once, Shame on You

Villa left Barcelona in the summer of 2013 following a season full of injury recovery and multiple appearances off the bench. For many fans, his departure was melancholy. Despite injuries getting the best of him, he was still a player deserving of so many more minutes. According to an interview he gave in 2016, “I decided to leave because I didn’t want more time on the bench than on the pitch.”

Atlético Madrid offered him a role up front alongside Diego Costa, and he consequently moved. Nearly seven years later, the Madrid-based side would take advantage of yet another outcasted Barça forward.

In his first and only season with the rojiblancos, Villa tallied 15 goals and five assists. He was a regular in the starting lineup and formed a lethal striker partnership with Costa. The Spaniard scored a goal against Barcelona on his debut, and yes, he did celebrate. Celebrations would not end there however as Altético would eventually go on to win the league dramatically by securing the necessary points on the final matchday against Barcelona in the Camp Nou. With that, Atlético won their first La Liga title in almost 20 years. Furthermore, they also eliminated Barça in the Champions League quarter-finals that season and made it all the way to the final. In heartbreaking fashion, Cúles had to watch their ex-player go on to have a successful season.

Although we are only halfway through the 2020/21 season, one can’t help but notice the similarities between Villa and Suarez’s moves. Besides previously the touched on facts such as how both players were aging strikers and both moved to the same club, there is another glaring similarity.

Fool me Twice, Shame on Me

After Atlético took advantage of Barcelona’s careless transfer decision with Villa in 2013, the Catalan giants should have learned from their mistakes before letting Suárez fall into their hands.

Regardless of a natural drop in physicality and conditioning displayed throughout his final seasons, Suárez still has some of the most lethal goalscoring instincts in the world. He left the Catalan giants as a genuine club legend, having tallied a staggering 195 goals and 113 assists in 283 appearances. At Barça, he helped form the infamous “MSN” trio alongside Lionel Messi and Neymar Jr, and played a key role in winning 13 major trophies. Much like Villa before him, Atlético snagged another Barça forward at an extreme bargain.

The 2013/14 La Liga season was outstandingly successful for Madrid and the current season is shaping up to be so as well, at least in terms of the league. Villa was an integral part of that team, not unlike Luis Suárez today. Suárez has hit the ground running with his new club, scoring 14 goals in 20 appearances at the time of writing.

He surpassed Radamel Falcao’s club record for most goal contributions in a player’s first 12 league games as well as accomplishing the best start for a new player at a La Liga club since Cristiano Ronaldo’s arrival in 2010. El Pistolero is also tied atop the La Liga goalscoring charts with 12, having scored a brace last week against Valencia.

More than just Suárez’s performances, this season has also seen some of Atlético’s best football in years. As a result they are currently sitting atop the league table. They have 47 points, seven more than second-place Real Madrid, and have still played one less game than their cross-town rivals. The league is very much in their hands and Suárez could play a huge role in their title-hopes.

It’s always difficult for a club to determine the right time to part ways with a player, especially when they had such a pivotal role in their history. Some players may be released too early, while others overstay their welcome. The unfortunate thing is that Barça have had a tendency to do both.

In all, the departures of David Villa and Luis Suárez left a sour taste in many cúles‘ mouths. Both players were let go when they could have offered more, but admittedly Villa was in search of more playing time. With the arrival of Neymar Jr. later that summer, that wish would have likely not been granted, although selling him to a direct rival was never going to turn out well for the Blaugrana. In all respects, Villa’s departure came back to haunt Barcelona.

Similarly, Suárez’s hot start to his Atlético career is proving all doubters wrong. He could have certainly been a valuable member to the Barça squad this season, albeit most likely from a bench role. Furthermore, it still hurts to see the way in which a player of his pedigree and accomplishments was unceremoniously released.

You deserved a farewell befitting who you are: one of the most important players in the history of the club, achieving great things for the team and on an individual level. You did not deserve for them to throw you out like they did. But the truth is that at this stage nothing surprises me any more.

In all, the last thing the Catalans want to see is Luis Suárez winning a title with their direct rivals. The 2020/21 season is still a little over halfway through, so Barça can potentially pry the league title away from leaders Atlético Madrid. On the contrary, if the Uruguayan continues to score goals left and right, he could very well help Madrid to the trophy. That would serve as another error in Barcelona’s poor transfer record and could hurt more than when the same exact situation happened seven years ago with Villa.

There are countless similarities between these two storylines, but they could still have different endings. The Blaugrana will certainly be hoping so.