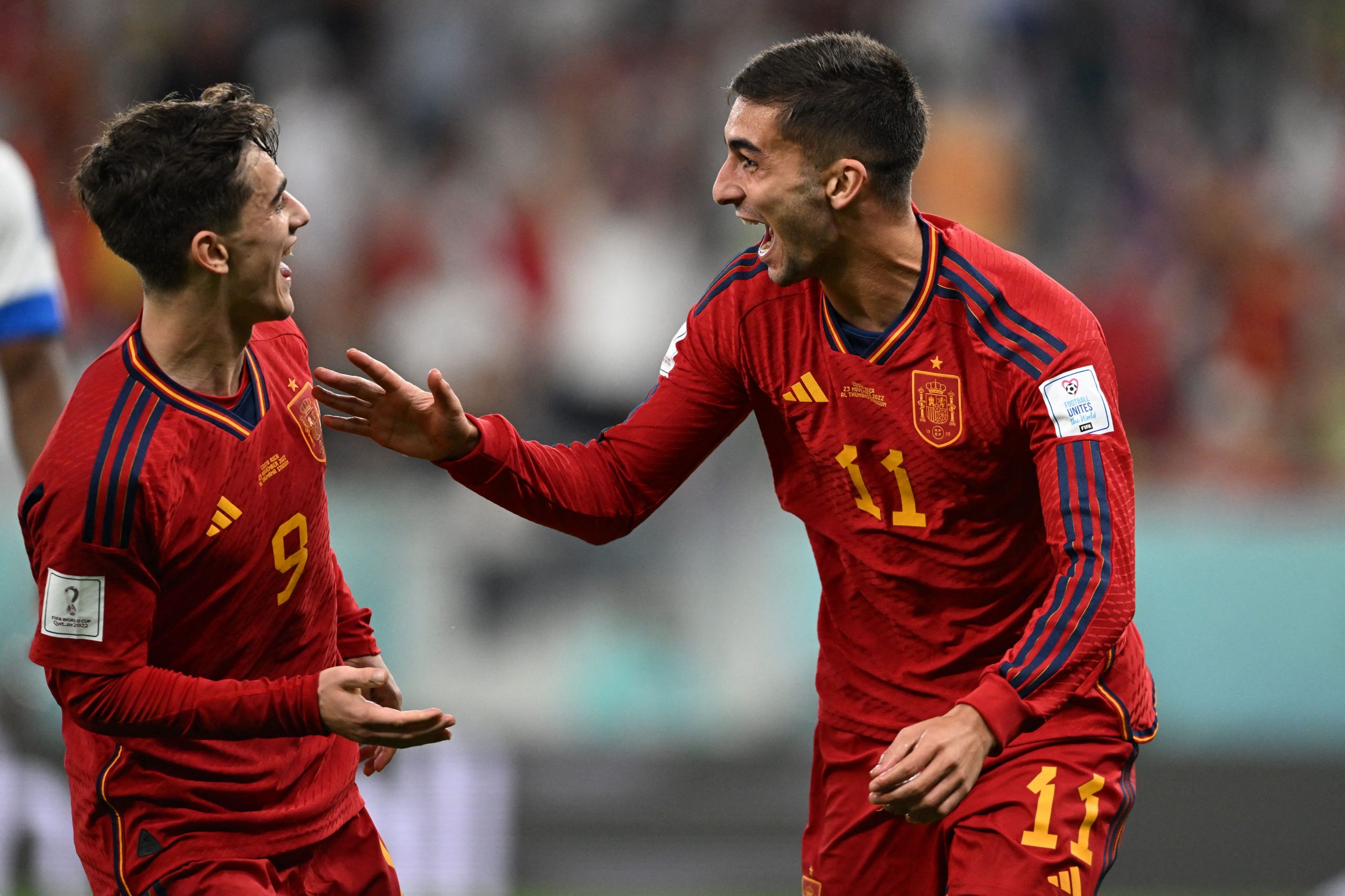 Heading into the World Cup, Barcelona had the joint-highest representation alongside Bayern Munich, with 17 of their players heading to Qatar. Alejandro Balde was the last player to be called up following an injury to Jose Gaya.

With such high representation, it comes as no surprise that not even two gameweeks into the tournament, they are leading the charts for the most goals scored by players of one club, joint level with PSG, with five each.

The domino fell with Ferran Torres’ goal against Costa Rica as the Spaniard converted the penalty. The winger added another one in the 54th minute, before Gavi added Barcelona’s third and Spain’s fifth of the game with a sensational first-time volley into the bottom corner.

Barça added two more to their tally today as Robert Lewandowski scored his first-ever World Cup goal in a 2-0 win over Saudi Arabia.

This was followed by Andreas Christensen’s equaliser for Denmark against France in an eventual 1-2 loss.

PSG have also five goals from their squad, with Kylian Mbappe responsible for three of them; Carlos Soler and Lionel Messi for one each.

*Tally as after France 2-1 Denmark