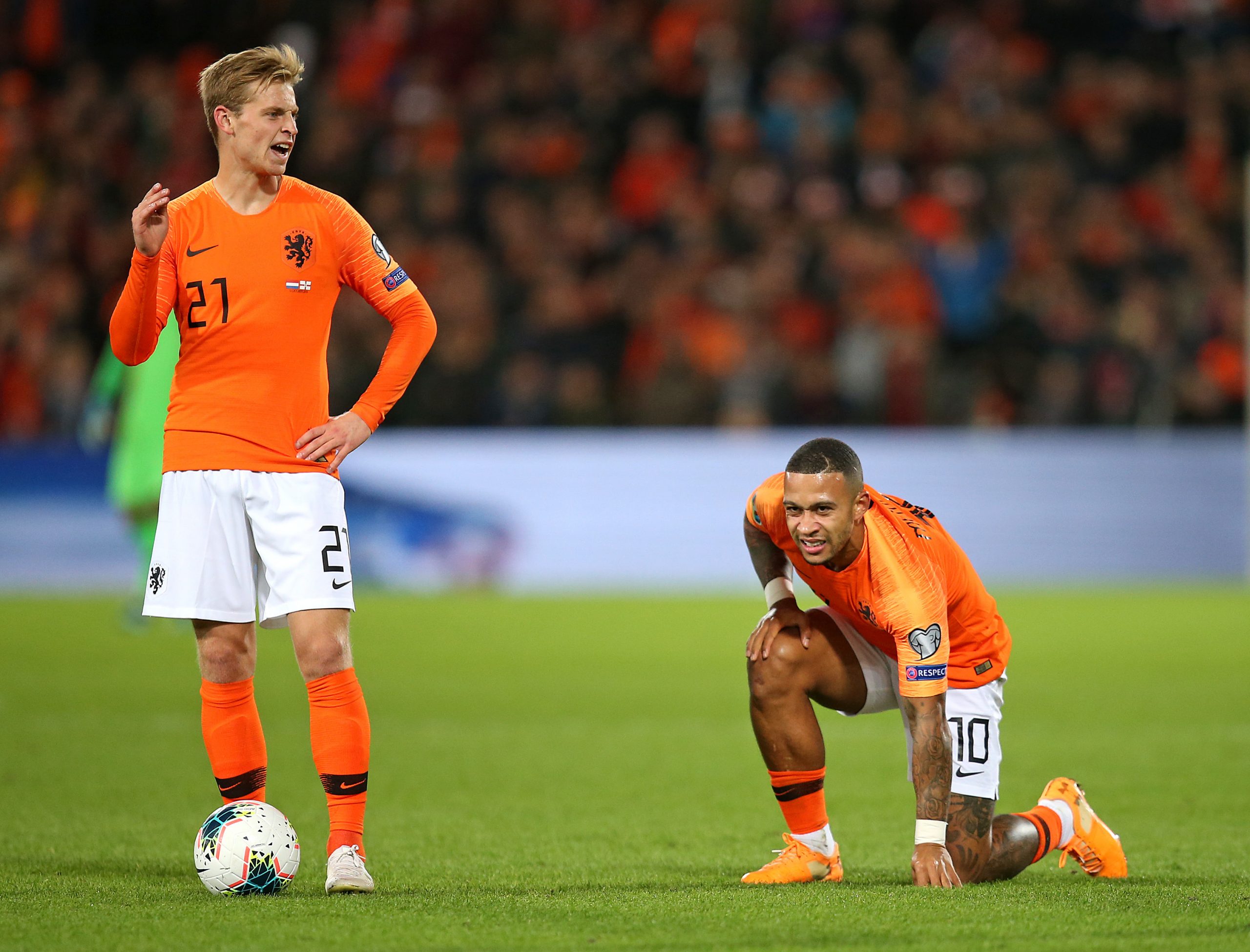 The Netherlands got their Euro 2020 campaign off to a winning start after edging Ukraine 3-2 in an extremely tight encounter on Sunday. Under the lights at the Johan Cruijff Arena, the Dutchmen seemed in total control initially, and after a scoreless first half, the game exploded into life.

Holland took a 2-0 lead early in the second half with quickfire goals from PSG’s last-minute hijack Georginio Wijnaldum in the 52nd minute, followed by a venomous half-volley from Wout Weghorst just six minutes later. Ukraine mounted a sudden resurgence, with goals in rapid succession of their own from Andriy Yarmolenko and Roman Yaremchuk.

However, ons Oranje constantly seemed to have the game by the scruff of its neck, thanks in no small part to Barcelona star Frenkie de Jong and Memphis Depay; a potential new recruit for the Blaugrana. Despite not being directly involved in the goals, both of Frank de Boer’s marquee players were imperious on the pitch.

De Jong commanded a 92% pass accuracy on the night, with two of his 89 completed passes being key passes. The 24-year old also won a staggering 11 duels and completed five of his six dribbles while making two interceptions and winning just as many aerial duels. A performance that clearly indicated why and how the tireless Dutchman was among Barcelona’s best players in the 2020-21 season.

Memphis Depay, who is long-rumoured to make the switch from Lyon to Barcelona, also put in a solid shift. Being one of the Netherlands’ only saviours in tough situations recently, Depay contributed without really having to get on the scoresheet last night.

The forward completed three key passes and had four successful dribbles. As always, the 27-year old was constantly involved in the buildup play, taking risks and getting on the ball as often as he could, perhaps unlucky not to get a goal. He was bright from the off as he made a wonderful surge into the Ukraine box in the second minute of the game but saw a tame effort saved by the keeper.

The Netherlands were appearing in their first European Championship since nine years, and this is just the start they would have hoped, albeit a bit nervy. Their victory over Ukraine made for the most thrilling game of the tournament so far. De Boer will need his two crown jewels in Depay and de Jong to keep performing the same way if the Oranje are to go deep into the tournament.