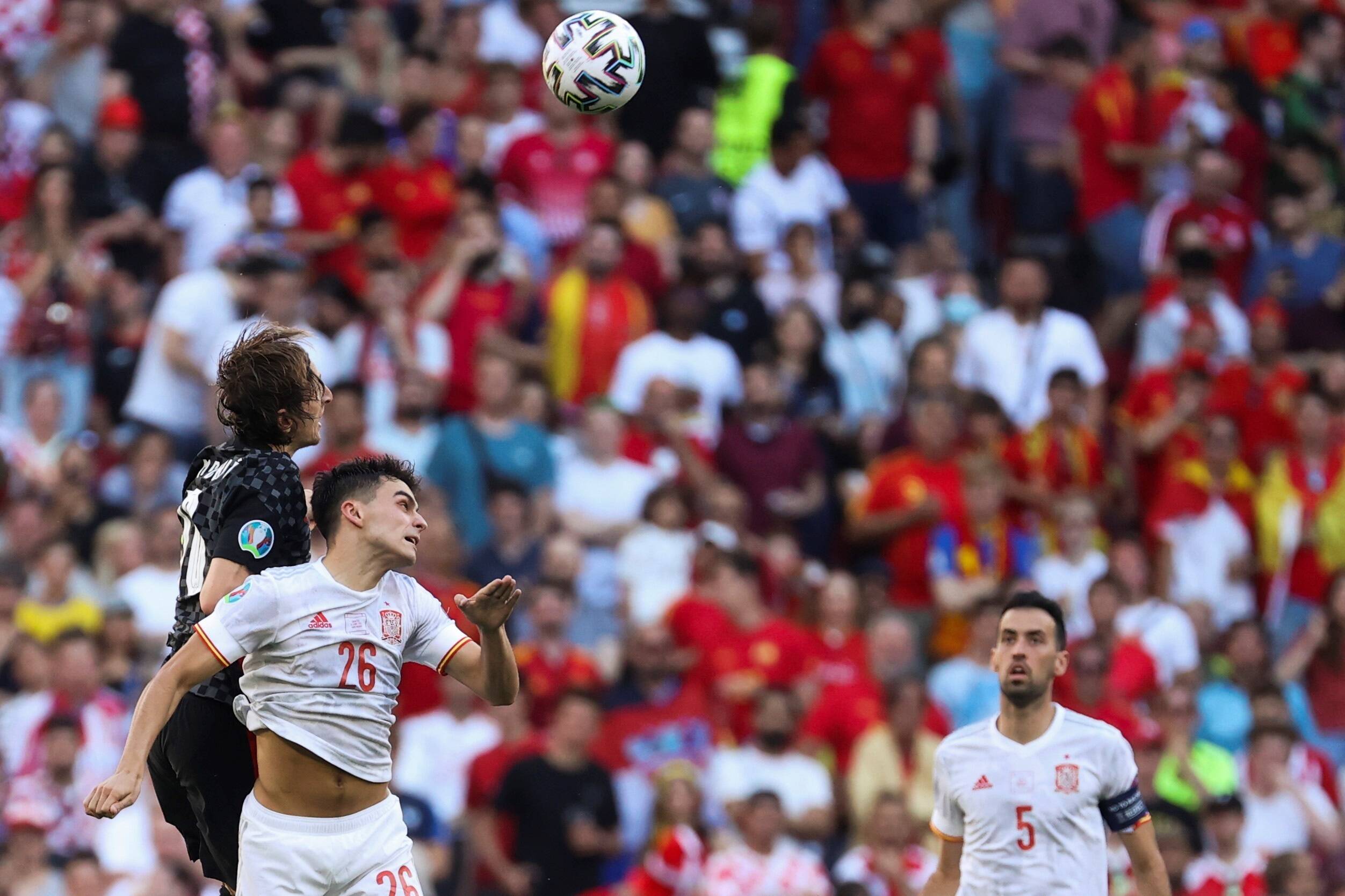 In what was perhaps the most thrilling day of fixtures since the tournament’s commencement, Spain edged out Croatia in 5-3 in an extra-time thriller to proceed through to the quarterfinals of the Euro 2020, while France lost out on a last-eight berth courtesy of a narrow defeat to Switzerland on penalties.

Luis Enrique’s Spain side got off to a shocking start as Pedri’s pass to goalkeeper Unai Simon in the 20th minute led to disastrous consequences. The Athletic Club Bilbao keeper was far too casual and under no pressure, somehow saw the ball into his own net.

However, Spain bounced back in incredible fashion, thanks in no small part to the Barcelona midfield staple of Pedri and Sergio Busquets. The two midfielders were spectacular in their control of the game, commanding the game’s tempo and circulating the ball with symphonic harmony.

Busquets was named man of the match for the second game in a row after returning to the squad following his recovery from COVID-19. The 32-year old had 114 touches of the ball, completed 87 of his 97 passes, provided five accurate long passes out of the attempted six, winning eight duels and making four interceptions.

While the veteran was the foundation, it was the young Pedri who bounced back from the unfortunate own goal in tremendous fashion to provide attacking impetus. Playing the full 120 minutes, the teenager was dictating the game with a staggering amount of maturity. His composure in possession was second-to-none.

Spraying pinpoint passes, breaking lines, turning on a dime and constantly showing brilliant positional awareness, the Blaugrana gem earned plaudits left, right and centre for his impeccable display. He won seven duels, earned four fouls and made two key passes, all while running like a hound to help his team retrieve the ball.

The midfield duo will be crucial for Spain against Switzerland in the quarter-finals, as Spain are finally on the road to redemption after highly disappointing campaigns in their past three major tournaments.