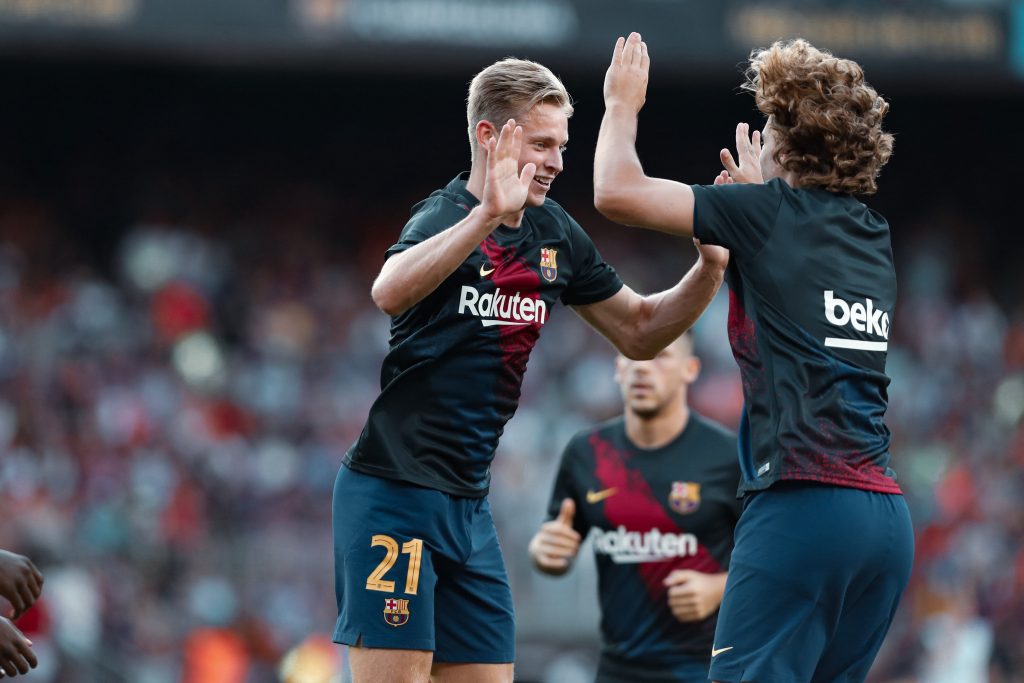 Barça can configure their squad in various ways, by focusing on the type of profiles rather than on the quality of the players. They could follow the 11+11 model, or the 15+5. But which should the Catalans choose?

Specialists versus generalists. Two concepts that can be used in many fields of life. For instance, specialist species are described as those who need a specific context, a specific type of food and a specific environment to survive. By contrast, generalist species thrive in a wider variety of ecosystems and resources. In other areas, a specialist can be described as an expert. Someone with a deep expertise in one specific topic or study. Generalists are more flexible and understand the bigger picture. Without specialising in one particular topic, they do have knowledge of a broader range of issues.

The old saying of “jack of all trades, master of none” tends to be applied to generalists. However, why can’t they be jack of all trades, and master of all? Many times being multifaceted is seen as a weakness, when it should rather be a strength. The wider the range of interests, and the broader the experience, the more likely one person is to grab more information, insight and skills.

In football, these debate of specialists versus generalists is very present too. Some players perform in a single position, while others are more versatile and can adapt to a greater amount of formations and roles. Being versatile does not necessarily imply not having the talent to establish oneself in one definite position. Instead, it means having the positional intelligence to adapt to multiple contexts and help the manager by performing in any given role. Whether it’s in the centre, out wide, in defence, in attack, in tight spaces, with metres to run…

This dispute of specialists versus generalists can be used to define the two ways of assembling and managing a squad. Focusing more on specialists, or focusing more on generalists. Obviously there are variations to these, and both can be combined. But, broadly speaking, these are the two main squad models:

Such squads are easy to explain. There are 11 starters for the 11 positions on the pitch, and each of them has a specific back-up. These back-ups can be of higher or lower quality, and be more or less established. They can also add tough competition to the principal stater, but the main idea is to be able to form two different XIs with the 22 players. Every position is covered with two footballers, and there’s enough squad depth to rotate.

The two players that compete for a single position can either have a similar profile (for example, Busquets and Samper or Oriol), or a different and complementary profile (Busquets and Yaya Touré). The issue with such model is that, either the substitute has a weaker level to compensate his absence of minutes, or the starter is not world-class to tolerate the frequent rotation and sharing of minutes with the back-up.

Should Barcelona have a natural back-up in each position? | Photo by Imago

In the 16/17 season, Real Madrid’s squad was closer to the 11+11. Zidane was capable of fielding two different XIs, with most of the players being very valid and competitive. This allowed Los Blancos to rotate frequently as they ended up winning La Liga and the Champions League. On the bench, Zizou always had a quality option to be used when needed, such as Morata or James Rodríguez. Zidane managed to activate all profiles and always have valuable alternatives to rest the main stars or introduce tactical variations throughout a game.

This model consists of having 15 starters, who share the main minutes even if they do not necessarily occupy the same positions, plus 5 more players who have a more subsidiary role. If the 11+11 was about having specialists, the 15+5 is more about having generalists. If a centre-back is missing, his substitute does not need to be a natural centre-back. Instead, it can be a full-back or midfielder who fills the void. In Pep’s era, when a central defender got injured, someone like Abidal or Yaya Touré could come in and occupy such position. Yaya Touré could play as Busquets’ replacement, as Puyol’s replacement, or as Rafa Márquez’s replacement. Cesc Fàbregas could also be introduced whether Xavi or Iniesta were missing, Messi was missing, or Pedro was missing.

Players like the mentioned ones, or Sergi Roberto and Joshua Kimmich, are the generalists. They are jack of all trades, and masters of some or all. They could settle in a specific position, but are smart enough to make themselves available for multiple functions. Furthermore, with the 15+5 the squad is shorter than the 11+11, but there’s a higher number of quality starters who get enough minutes to be satisfied. Meanwhile, the remaining 5 players can be youngsters or La Masía products who do not demand playing every three days. Their objective is to end up being part of the group of 15, but initially they don’t have such responsibility. They are not expected to start in a Champions League semi-final at first, but to demonstrate that they are ready to be higher in the pecking order.

Which squad model does Barça need?

For the 15+5 model, usually the manager needs to have the bravery and knowledge to reposition his players, move the pieces and be open to teaching them new concepts. Cruyff and Guardiola were masters at that, but it’s obvious that not everyone is like them. Does Setién have the capacity to do that? He could for sure, despite he hasn’t been challenged much in this aspect. Even so, in his first few months in charge of the team, he has already experimented with various formations and players, including a back 3 or back 4.

Sergi Roberto, which was used as a right centre-back in Quique’s initial games, is the obvious example of such positional flexibility. But are there more footballers like him in the squad? Of the key stars, only a few players are used to acting in more than one position: Messi on the right wing or as a false 9, De Jong as a pivot or interior, Griezmann almost anywhere in the front 3, even if not too comfortably…Then there are youngsters like Collado or Monchu, and loanees like Cucurella or Oriol Busquets, who are multifaceted too. Nonetheless, overall it’s not high the amount of players who have been deployed in numerous roles in the first team recently.

All the same, the 15+5 model seems the ideal one if Setién wants to have a shorter squad where he can interact with the academy regularly, without demanding the products to be extremely mature or experienced as it’s the core of 15 players who will take up most of the important minutes. By pushing to get increased minutes, the youngsters could progress steadily as Barcelona respects the rejuvenation process it needs. The 15+5 protects the boys more, but gives them enough preparation and integration to professional competitiveness.