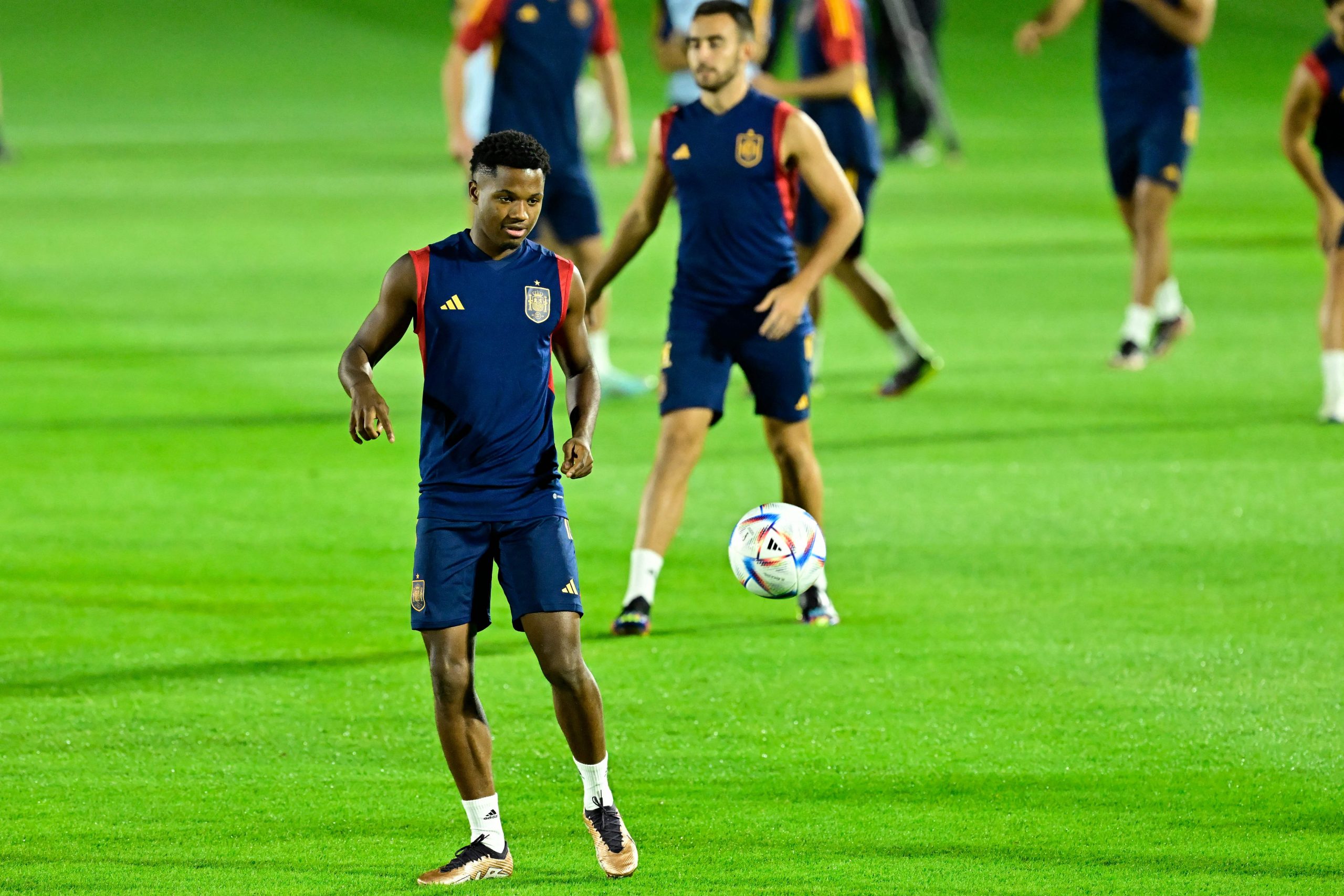 As admitted by manager Luis Enrique himself, Ansu Fati’s inclusion was something that he debated until the last minute. After all, the 20-year-old has had an injury-riddled past couple of years and has not played regularly enough this season at the club level.

So, there were question marks over whether he will be a part of the Spain setup for the World Cup. But, Enrique decided to take a gamble on Fati by naming him in the 26-man roster ahead of other attackers like Iago Aspas and Borja Iglesias.

The decision seemed to have paid off when Ansu started and scored in Spain’s friendly win over Jordan prior to the World Cup. However, once the tournament started, Enrique has not fielded the Barcelona youngster even once.

Indeed, Fati did not feature in Spain’s 7-0 win over Costa Rica nor did he play in the 1-1 draw against Germany last night.

While it may be a case of the manager wanting to give Fati more time to get to peak fitness levels with the knockout stages in mind, RFEF officials believe that the 20-year-old should be playing more in the tournament.

The report indicates that the officials from the Spanish Federation believe that the Barcelona youngster is at his best physical level and can be used to give a rest to his club teammate Ferran Torres, who has started both of La Roja’s matches at the World Cup so far.

Spain are currently at the top of Group E with four points from two matches. They play their final group game against Japan on Wednesday and will be gunning for a win to top their group.

Whether that turns out to be the day when Ansu Fati gets a chance to make his World Cup debut remains to be seen. But, for now, the RFEF is keen on seeing the young forward in action for the national team.